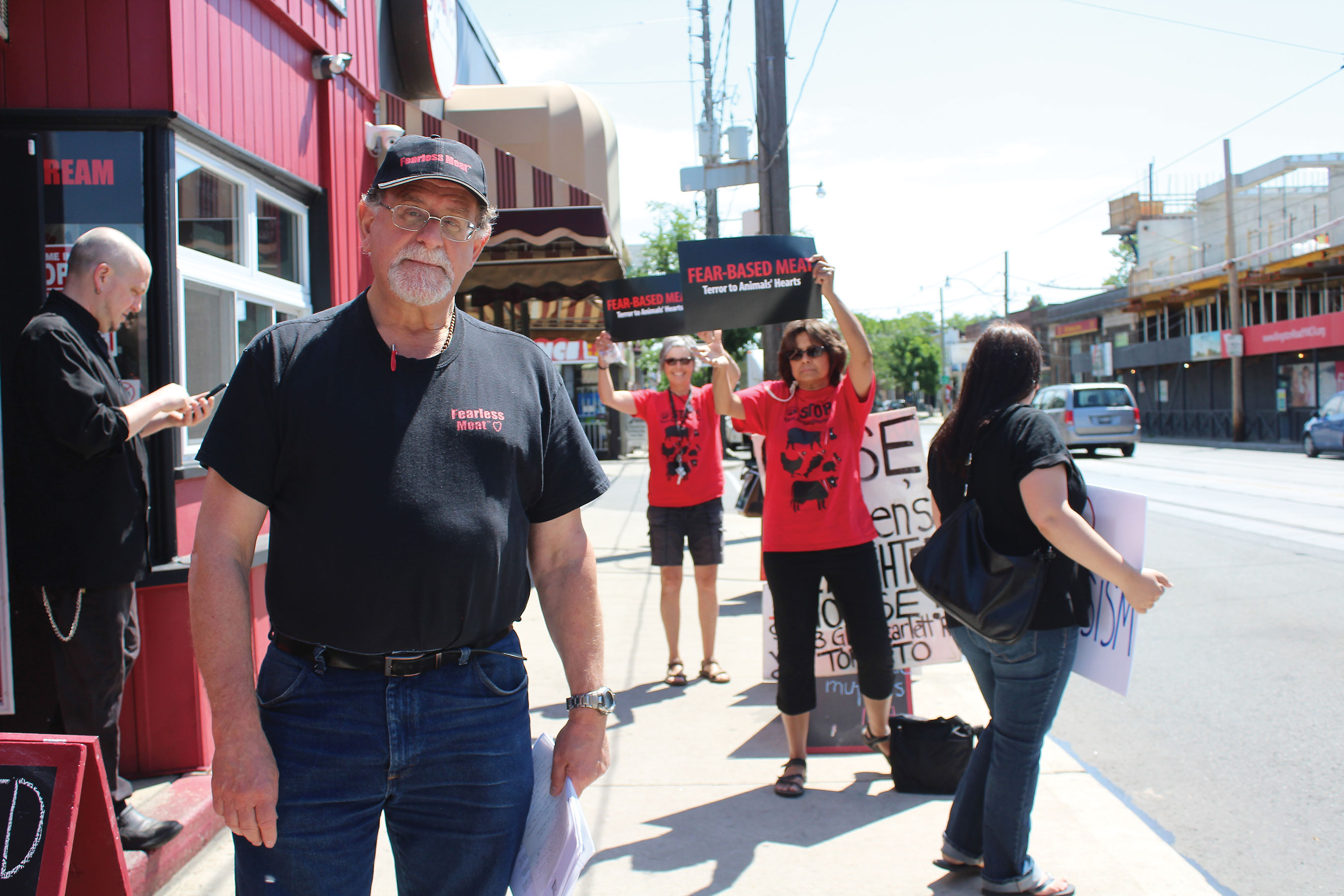 Kingston Road burger joint Fearless Meat was the target of a protest led by vegan activists who before the lunch rush on June 21 stood outside the restaurant with signs reading “Fear-Based Meat” and “Terror to Animals’ Hearts” and handed out leaflets.

Protest organizer Mary-Chris Staples said the restaurant’s name—there isn’t anything fearless about animals’ deaths, she suggested—as well as the fact that it is a popular spot for students at nearby high schools were behind the decision to protest.

“Today, we want the students to think critically about it so that hopefully that generation will be demanding more justice for animals and a vegan world,” said Mary-Chris Staples, who was joined by three others standing before the restaurant, which had a sign advertising a new veggie burger.

The restaurant’s owner, David Brown, could be seen outside speaking with the protestors. He said the protestors were welcome at Fearless Meat—and to their point of view. He also doubled down on the name of his restaurant.

“In terms of the name Fearless Meat, we have fearlessly great food products, mostly meat, at fearlessly low prices, so hence the term fearless meat,” said Brown. “It has nothing to do with striking fear into animals or anything like that,” he added.

Beach activist Staples said the goal was not to make Fearless Meat go out of business. “We want him (Brown) to carry on thriving with a more compassionate menu,” she explained. “Ideally, we would love this restaurant to become vegan.”

This isn’t the first time vegans have set their sights on a Toronto eatery this year. Antler, a Dundas Street West restaurant specializing in game meat, was the site of repeated protests this spring, and Staples said she offered support to that cause.

That series of protests began after Antler put a sign out front that carried a cheeky message.
“Venison is the new kale.”