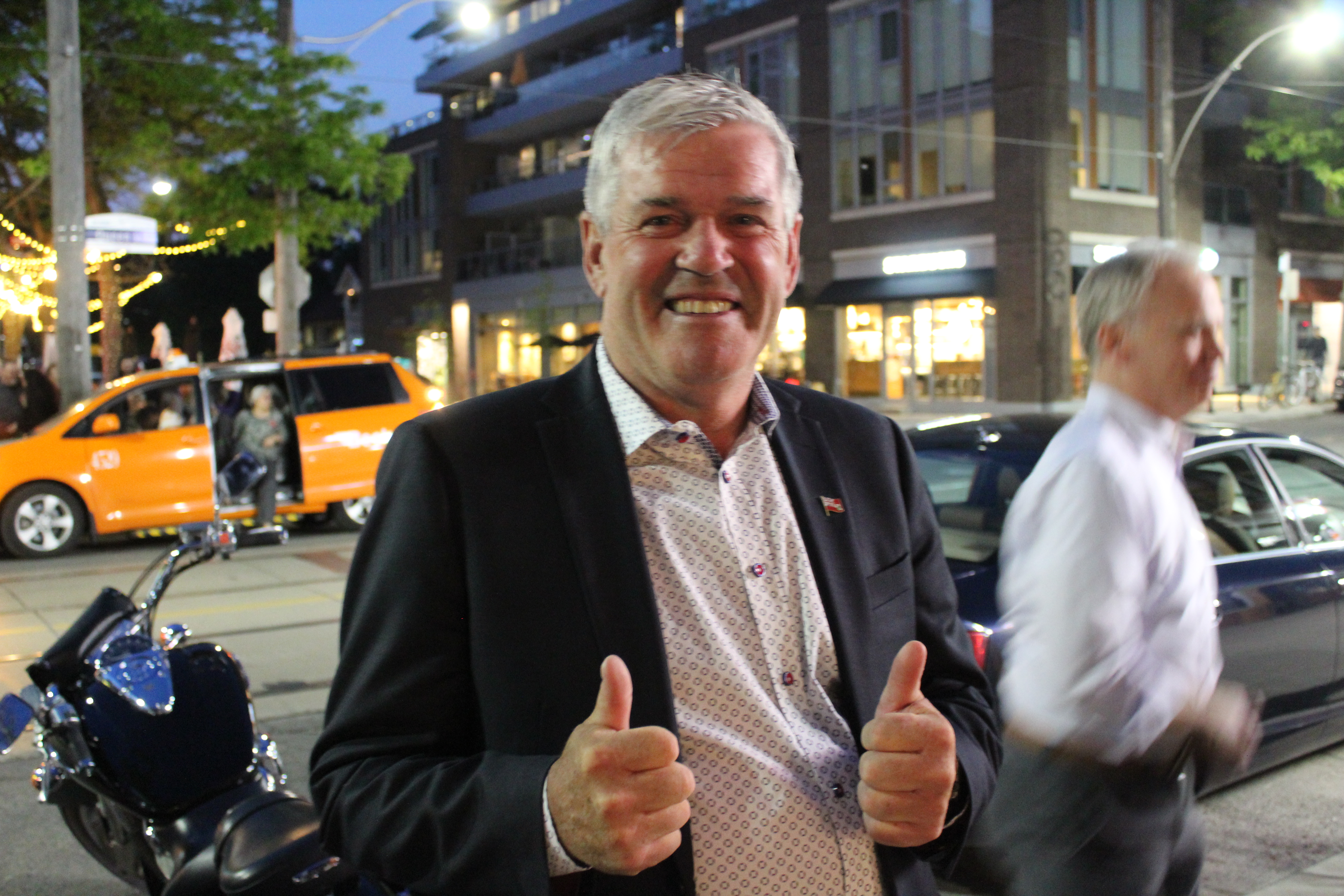 As the provincial election results flashed across the TV screens at the Beach House Grill on the night of June 7, Beaches—East York MPP Arthur Potts knows he has lost his riding to the NDP’s Rima Berns-McGown.

“Listen, I appreciate why people wanted to move to the NDP in order to stop Doug Ford. It didn’t work for them,” he said moments after his riding’s results were broadcast.

Potts said he had hoped voters in the riding would have supported him based on his experience, which he said would have helped him try to hold inbound Ontario Premier Doug Ford, whose PC Party has a majority government.

“Good luck. It’s unfortunate. I think we did some good stuff,” he said. “The people are never wrong,” Potts continued.

Asked what he was most proud of during his time as a provincial politician, Potts mentioned how he introduced five Private Member’s Bills. Earlier this year, he introduced one such bill to lower the voting age in Ontario elections to 16 from 18.

Potts, who is part owner of the Pilot restaurant in Yorkville, said he plans to return to the consulting work he was doing in the sustainable-technology industry before becoming an MPP in June of 2014.

“I’ll just move on to another phase of my life, and I’ll be quite happy,” Potts said. Had there been a minority government, which would present the prospect of another election sooner, Potts might have considered running again.

But with the PC Party firmly in control with a majority government, Potts has no plans to return to politics, he confirmed. “You never know,” he added.

Potts said he was proud to represent the community and wished the NDP’s Berns-McGown “all the best.”

“Arthur deserved much better. Arthur was a strong local representative. He delivered for our community in a number of different ways,” he said.

Erskine-Smith noted specific achievements such as Potts’ Private Member’s Bill to ban expiration dates on loyalty plans including Air Miles, and his efforts to secure funding for the Michael Garron Hospital in East York.“I could go down a long list,” said Erskine-Smith.

The MP recognized that people voted strategically. But he also said Potts was “sacrificed” in the process.

“Guess what? We got Doug Ford anyway, and we don’t have Arthur to hold Doug Ford to account.”

Susannah Kelvin, a volunteer for the Liberal campaign, was understandably disappointed in the result, both for Potts and outbound Ontario Premier Kathleen Wynne.  “I’m sad that we’re not going to see more of him (Potts) because he cared about the environment and also about the community, and it’s a shame,” said Kelvin.