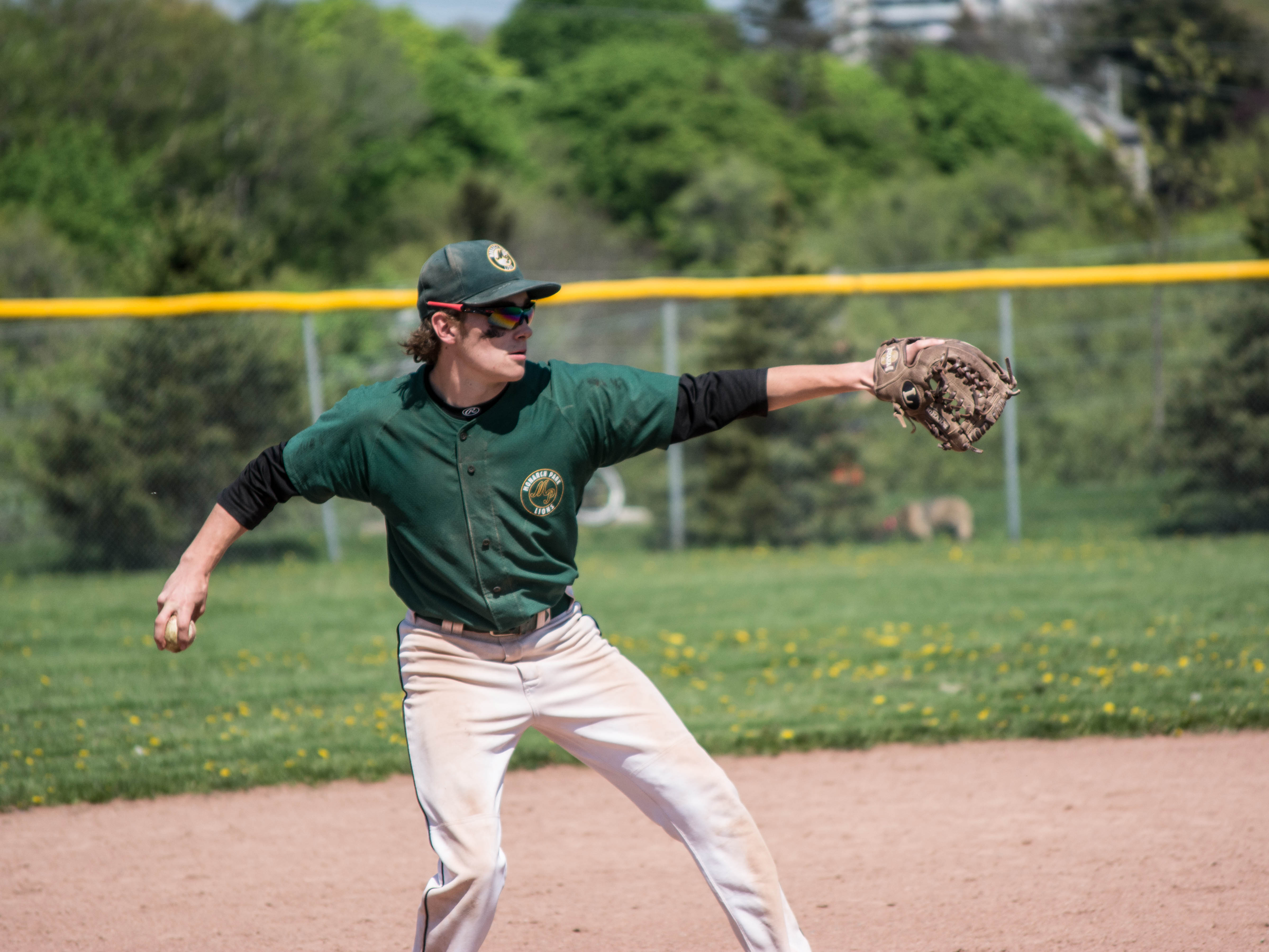 Nothing was going to keep Monarch Park Lions pitcher Nick Gryguc out of the game, not even a case of appendicitis.

The 17-year-old MVP pitcher was hospitalized just days before the Lions were to face Humberside in the TDSSAA semi finals, but not playing in the big game wasn’t an option—appendix or no appendix.

“It was constant pain,” said Gryguc, who knew something was wrong when he couldn’t keep his dinner down on May 25, the day after the Lions’ 4-3 quarter-final victory over Lawrence Park.

After a trip to the ER that night, Gryguc had his appendix removed the next day. “The first thing I asked was, ‘How long is the recovery?’” he recalled.

After being told it could be two to six weeks, Gryguc was concerned, but after he tried jogging the day before, he figured he’d be able to handle the rigors of play on the field.

The Lions head coach Bryan McAlpine wasn’t so sure. “McAlpine wasn’t, you know, too impressed when I said I was going to be playing on Wednesday,” said Gryguc.

McAlpine admitted he didn’t have high hopes for the possibility of Gryguc returning to the lineup. “I kind of wrote him off, and he told me, ‘I’m playing,’ and I said, ‘No you’re not’,” McAlpine said.

After a back and forth that saw both the coach and the player standing firm, McAlpine asked to speak to Mrs. Gryguc, who informed the coach she could get a note from the surgeon clearing her son to play.

“At that point, I kind of yielded, and of course I wanted my MVP in there,” said McAlpine. “You could see it in his eyes, he was hungry. He was not going to be denied,” he added.

Returning to the lineup for the semis against Humberside, Gryguc didn’t take to the mound as teammate Ronan Smith pitched a complete game, helping the Lions trounce Humberside 6-3 to earn a spot in the finals.

In the championship game against Northern Secondary School, Gryguc did return to his familiar position. Playing through the pain, he pitched a complete game as well, albeit one the Lions ended up losing 7-5. McAlpine is quick to point out that three of the runs against Gryguc were unearned stemming from two errors at third base. “Those weren’t on him.”

Despite the missed opportunity to represent the Tier 1 South Toronto Division at the Ontario Federation of School Athletic Associations’ provincial championships, Gryguc was “ecstatic” just to have had the chance to play in the finals. “It’s never time to give up in baseball,” said Gryguc, who picked up the sport at the age of 12.

“I call him my bulldog. When I knew he was going to play, I knew we were going to get some version of awesomeness from him,” McAlpine explained. “I’ll be talking about Nick for quite a while.”