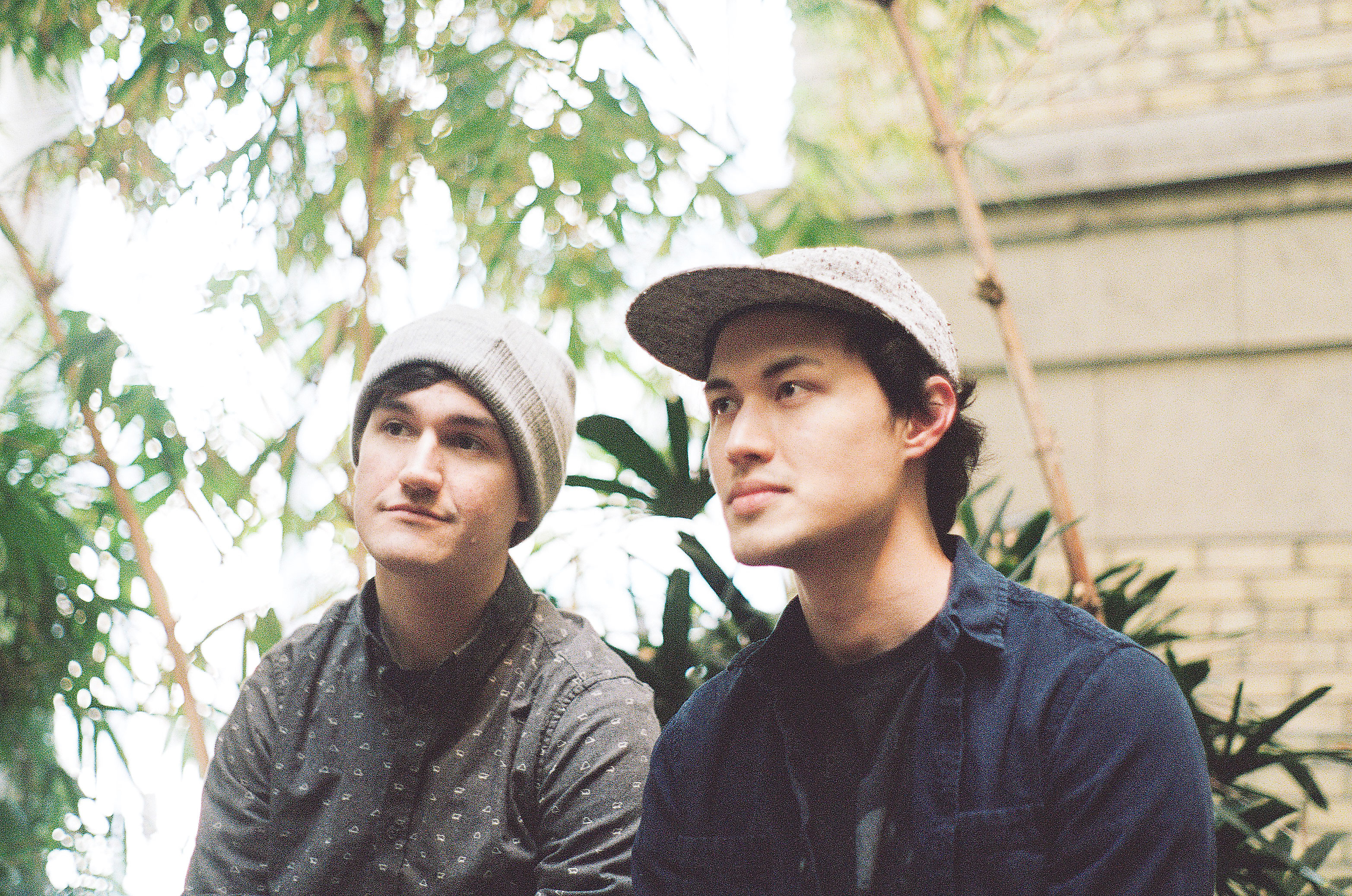 Instrumental duo LUCA, named for the Darwinian term “last universal common ancestor,” are donating the proceeds from the sales of their recently released I EP towards mental health initiatives. PHOTO: Alexandra Gutnik

These conversations were the inspiration for their latest project, LUCA, who released their first record, I EP, early this spring and are donating all proceeds from streaming and downloads to mental health organizations.

“The main goal for us right now is to kind of just use our music, our skills, to… heal,” said Campbell. “That’s what it does for us,” he added.

The music itself on the extended-play release is one more connection, as it is meant to play as an aural interpretation of struggling with mental health issues.

The May 18, 2017, death by suicide of Chris Cornell, the late lead singer of bands Soundgarden and Audioslave, was “a big catalyst” for LUCA’s forming, Campbell said speaking on the one year anniversary of it. “We kind of felt like our hands were tied, not being able to really do anything head-on for mental health or being there for other people,” he recalled.

The five songs on the EP form a small batch of pitched-down, instrumental, atmospheric indie rock. Or, as some of Campbell’s coworkers upon hearing the music have described it— “A bunch of them said it gave them Pink Floyd kind of vibes.”

Apparently, it has multi-generational appeal. “My grandma’s really happy that this music doesn’t have, like, screaming, because I sent her my previous metal band’s records,” the local musician, who counts soundtracks and Matthew Good as influences, added with a laugh.

The songs were recorded over four long days in a Mountain Grove, Ont., studio owned by Jonas Bonnetta of folk group Evening Hymns. The musicians and producer clicked, and Campbell noted “it was a really incredible, inspiring experience.”

For now, the release, which dropped March 28, can only be downloaded online, but there are loose plans for a future run of cassette tapes. “I think vinyl’s too expensive for us right now, but maybe in the future,” he added.

Both musicians haven’t quit their days jobs—Campbell is continuing his healthcare-related work with the Ontario Health Study—but they are hoping to make time to record another record in Mountain Grove this August.

You can listen to the I EP at lastuniversalcommonancestor.bandcamp.com/album/i-ep.