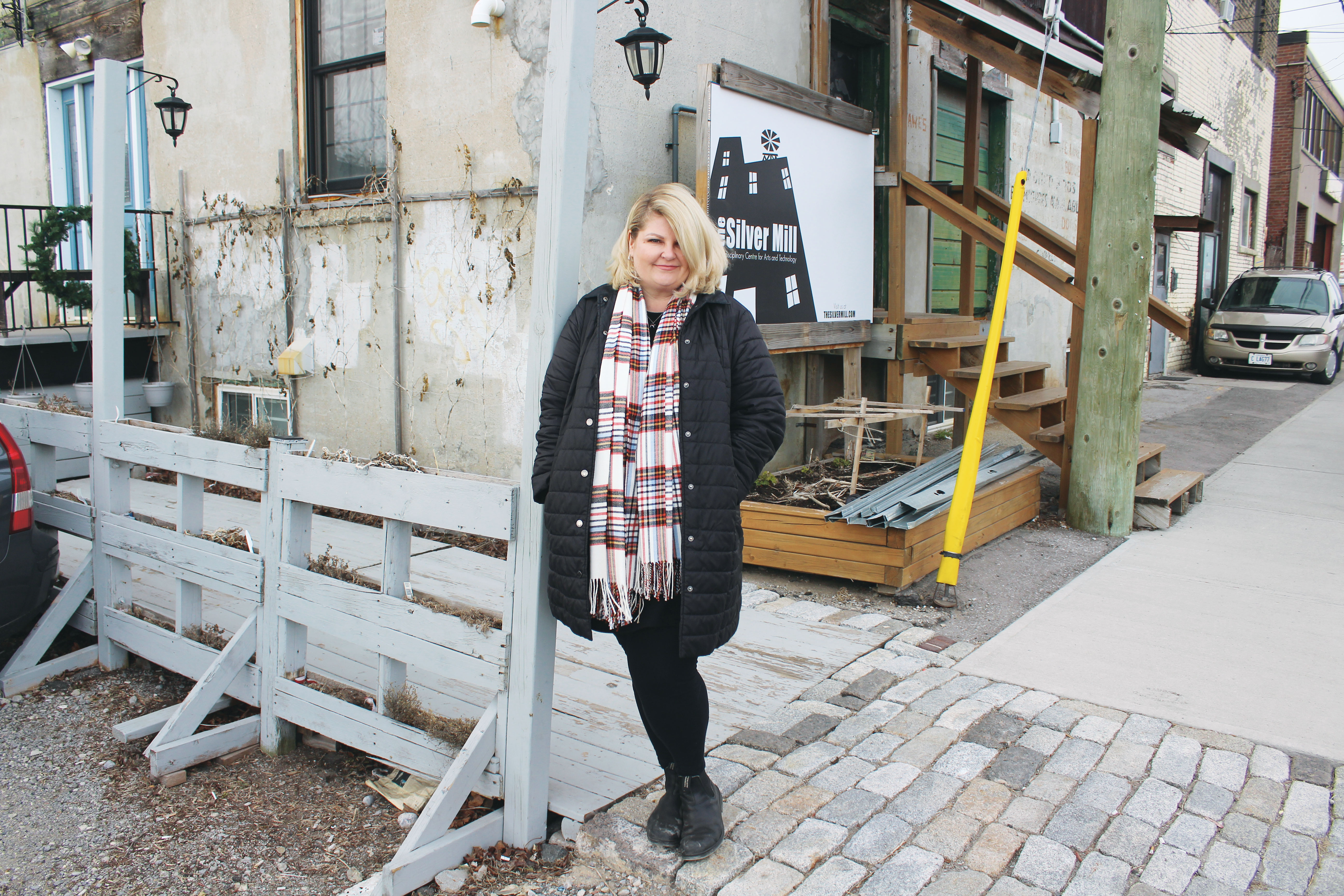 Shana Hillman, East End Arts’ executive director, outside the Silver Mill, where East End Arts has been operating out of for several years. PHOTO: Josh Sherman

EAST END Arts, one of six city-funded organizations across Toronto that exists to promote local art, is moving out of its Danforth Village digs.

But East End Arts now plans to be all moved into a larger ground-floor space at St. Matthew’s Clubhouse (450 Broadview Ave.) on the eastern edge of the Don Valley as of April 23, with a grand opening slated for late-May or early-June.

“We’ve been looking for a space for a long time,” said Shana Hillman, executive director of East End Arts, from her office.

“We’re up here on the third floor so it’s not exactly accessible to the community,” she explained.

The office’s unique location—the Silver Mill is actually a century-old grain mill that has been repurposed into an arts hub—created challenges for the organization, but it also presented opportunities, Hillman suggested.

“It really forced us then to be out and do our programming out in the four wards,” said Hillman. That programming included Main Squared, a multi-day arts festival at Main Square on the southeast corner of Main Street and Danforth Avenue.

It was that event last summer that made it clear to East End Arts that it needed a headquarters that people could more easily engage with.

During the 2017 festival, East End Arts used vacant storefronts off the square not only to showcase artwork but also operate out of briefly.

“Just being able to work in the community and having people be able to come in off the street and be like, ‘Hey, what do you do?’ really showed us that we wanted to have a space that was forward facing,” said Hillman.

After the festival wrapped up, East End Arts got connected with Ward 30 Coun. Paula Fletcher, who helped the group secure the new space, one that has room for about 60 people, in Riverdale.

“This is part of the logical growth of starting small, moving a bit bigger, and at some point I think they’ll (East End Arts) be even bigger, and they’ll have to move out of this site,” said Fletcher.

Though East End Arts is relocating, it will continue to serve Danforth Village, with Main Squared returning to the neighbourhood this summer.