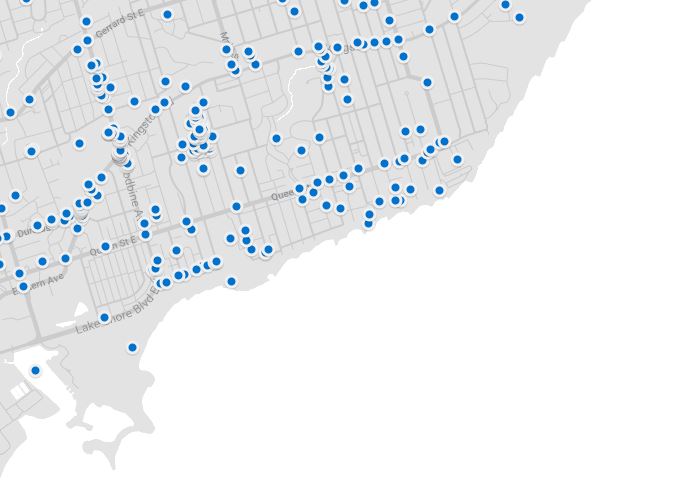 About 30,000 historic Toronto images, including hundreds taken right here in the Beach neighbourhood, have been plotted on a new interactive online map of the city.

The Old Toronto map at https://oldtoronto.sidewalklabs.com/ is an initiative of Sidewalk Labs, an urban-innovation organization owned by Alphabet Inc., Google’s parent company.

It is the third city to get this treatment, following San Francisco and New York City.

“It was frustrating to me… that it wasn’t being presented on a map,” said Vanderkam, who now works for Sidewalk Labs. “Being a software developer, I had a sense of how I could fix that problem,” he added.

While the two previous incarnations began with photos from the public library system, all of the Toronto map’s 30,000 or so photos have been culled from the City of Toronto Archives, which includes north of 100,000 digitized images.

A Beacher who explores the OldTO map today might come across a snapshot of Woodbine Beach from a bright day in 1965, or a snowy Queen Street East and Lee Avenue as it appeared on Feb. 20, 1904.

Vanderkam was part of a team that wrote programs to search archival images such as these and place them on maps based on info included with the photo, such as street names, cross streets, place names, and addresses.

“Because a person hasn’t looked at all of these, we can’t necessarily guarantee that all are correctly placed,” he noted.

Users can report mistakes on the website. Sidewalk Labs has received more than 1,000 pieces of feedback since launching the map on Tuesday, March 20. “We’ve gotten a lot of positive feedback,” said Vanderkam.

Visitors to the website can filter photos from 1850 to 2018 based on year taken and can also search addresses, neighbourhoods and ZIP codes. OldTO is a work in progress, and new images will be added to it over time.

Vanderkam suggested the map shows that technology isn’t just about replacing the old with the new. “Tech also has tremendous power to help us connect with the past,” he said.