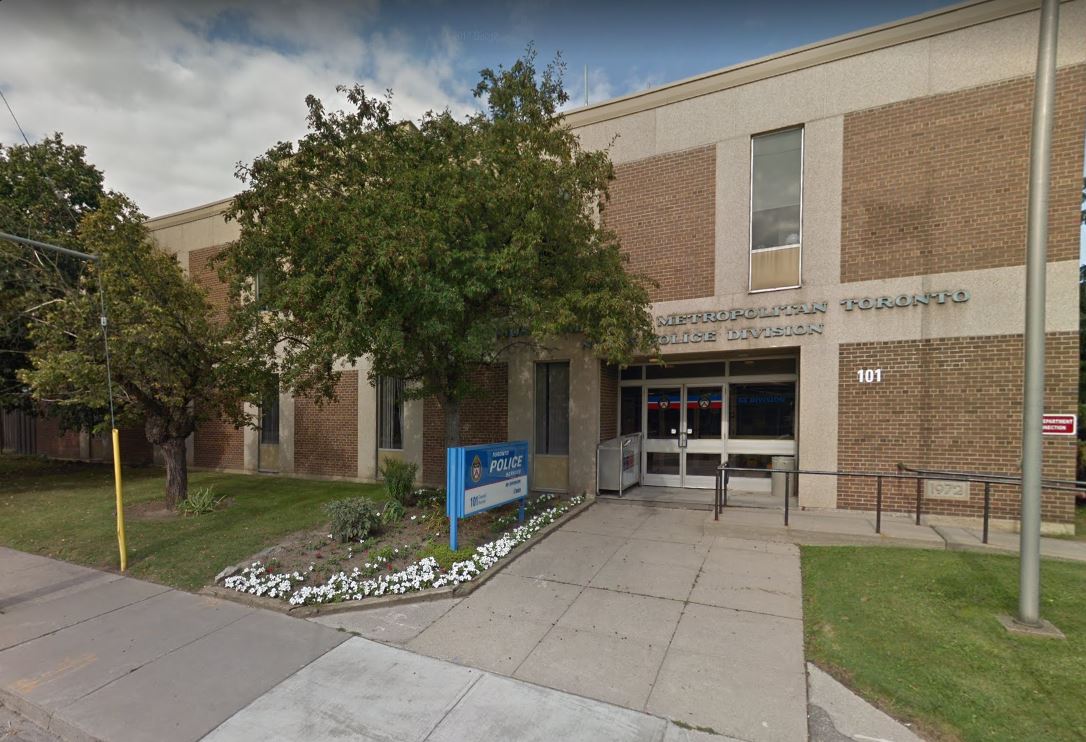 A community centre or hospice are some ideas being floated for the 55 Division police station on Coxwell and Dundas once Toronto Police Services moves into the TTC garage site opposite Coxwell subway station.

Coun. Mary-Margaret McMahon, who represents Ward 32, the ward in which both sites are located, has said more than one group has voiced interest in the old cop shop at 101 Coxwell Ave.

“It’s a key site, I’ll say, and it’s accessible and close to many things,” McMahon said.

The councillor said she has been in talks with Applegrove, which is based at Duke of Connaught Junior and Senior Public School and offers community programming, and a palliative care group interested in establishing a standalone hospice in the area.

“Other people have talked about affordable housing,” McMahon added. She explained that she is “happy to entertain different ideas, and we’ll go from there—but it’s early days still.”

At the turn of the month, Toronto city council approved plans to create a new police station for an amalgamated 54 and 55 Division at the TTC’s Danforth Garage at 1627 Danforth Ave. while also setting aside space for future community uses.

The decision was the culmination of a months-long community consultation process that presented two other main options for an amalgamated station.

The East York Civic Centre at 850 Coxwell Ave. and 101 Coxwell Ave., the current home of 55 Division which is in need of renovations, were the two other finalists TPS and Toronto Real Estate Services selected from a list of hundreds.

“Applegrove’s strategic initiative committee is looking at options that might be possible for that site,” she said.

Fletcher said the present Applegrove site presents accessibility issues for seniors and people with strollers in tow and doesn’t have room for a real meeting space.

If the existing station were torn down, Fletcher also suggested there could be room to build affordable housing units on top of space for Applegrove.

“Certainly there’s a terrible need for affordable housing across the city and in this area as well,” she said.

Before the 55 Division property can be considered for other uses, Toronto Police Services must be relocated and the lot needs to be declared surplus land for municipal uses.

CreateTO, a new city agency taking on projects previously handled by BuildTO and the Toronto Port Lands Company, and city staff will analyze the site to determine its future, which could include listing it for sale.

“If it is recommended to be surplus land – for specific municipal uses – there is a standard practice the city uses. The city reaches out to all city divisions, agencies and corporations, as well as local councillors, to determine any municipal interest in retaining the property,” read a statement forwarded by CreateTO spokesperson Natalie Pastuszak.

Applegrove’s Fletcher noted if the 55 Division site becomes a community centre it wouldn’t be the first example of such a scenario.

Comparing the inventory of programs and capacity of Centre 55 to Applegrove, and should this police station be reallocated to the City of Toronto as a recreation or community centre, it would seem to me that Community Centre 55 is the obvious choice for expansion. They seem to have the best children’s programming in the East End, or at least one of the best. Their before and after school program may have a waiting list, their day camp is usually running at capacity, they have or seem to have quality programming. They are renown for their Share A Christmas Program and they have comparatively good access and operating hours. Using the police station as a second site for Centre 55 makes sense and should provide a cost savings, unless of course the City decides to liquidate the building for housing. I think Applegrove would be a terrible mistake as an agency to take over this structure. Anyway, the local community should have significant input into the use of the property.

Applegrove provides free or low cost programming for prenatal, children, teens and older adults. They also have a wait list for their afterschool programs and summer camp is always booked up. I would have to say Applegrove has some of the best programs in the East End and would be great if they took over the building!

Homeless shelter would be the best use. If there are existing programs at Applegrove and CC55 that’s great, but where are the homeless shelters?

How about doing whatever is best for the taxpayer and local residents. Sell it to a housing developer if that makes the most sense. There’s good transit there and not enough density.

The decision to merge Divisions 54 and 55 was made without community input – and done supposedly in the name of saving money – both buildings are sound and large enough, the problem is that the police have never invested in the mechanical systems and renovating the buildings so now both buildings need a large investment.

The choice of the TTC barns on Danforth itself has been controversial – the building would be better used as a public community centre, park and arts complex, similar to the Wychwood Barns – it does not lend itself well to being a police station and a lot of the site will remain as a parking lot.

So now we have 2 stations that we need to do something with. 54 division is in an industrial area and could be sold off or converted to something else, but for 55 Division to be used for anything like a community centre, it will STILL need to be updated and renovated.

It is like a game of musical chairs – the SH Armstrong complex is not that far away and is this being dirven by actual needs and priorities?.

And these projects often go over budget.

This is the problem with decision making in this city – the police, the school board and the city government are often making decisions in isolation that impact the others rather than anyone looking at the big picture and seeing what really makes financial sense and will make best use of our resources to meet the needs of the community.

SH Armstrong Community Centre is a community centre connected to Applegrove Community Centre and both are connected to the school. Tell me that makes sense?! And now Applegrove wants to carve out their own space and according to their website is hiring someone to build an argument for it. As far as I am concerned if 55 division was to be used as a community centre then it should be a satellite of Centre 55’s-they are transparent, efficient, successful and save the taxes payers money by leveraging their charity ( I think ) to provide programs. From what I see, comparing websites is not much from Applegrove. I think community input here is essential. If you want to stimulate input then consider the division as a homeless shelter and brace yourself.

These decisions and its inputs should not be agency driven, it should be community driven. Its a form follows function issue. Let the community determine what they want as a function and then consider the delivery models. As far as opportunities for expression, I find there are usually copious meetings of invitations to submit opinions by email/mail/phone call and in my experience its too easy to dismiss non participation by saying the ” problem with decision making in this city – the police, the school board and the city government are often making decisions in isolation”. But when politicians use these opportunities as a marketing ploy-that’s when I get really irritated.

I have a bad feeling about this “station” being forced on us . There is absolutely no reason to take prime mixed use land to just to park Police and employees vehicles. We need more police not more fortresses on main public streets.

The worst part is, Toronto already owns this prime land. It sits atop a highly useful subway. It would accommodate many affordable housing homes, jobs and businesses. Why the FOUR Councillors in the area try to stop this, their silence is interesting.

I haven’t seen any complaints, and the only info I can find is glowing letters from a bunch of unidentifiable pundits. After sending multiple letters to the “Danforth Mosaic BIA, all to no avail after I asked to see their proposal on why this prime infill housing site should to be turned into a police parking lot.? Why are they funded (out of my property taxes BTW) if they do not reflect people they purport to support and not just their singular interest. Read the letters online…I’ve never seen so may ‘agreeable’ people on one street let alone any ‘The Danforth Mosaic’ zone. Where’s their supporting letter, why is that not public?

The Police budget is the largest single expenditure for the City. Why are they renovating 55 Division again?

I can’t wait until this is shown to be what it is.