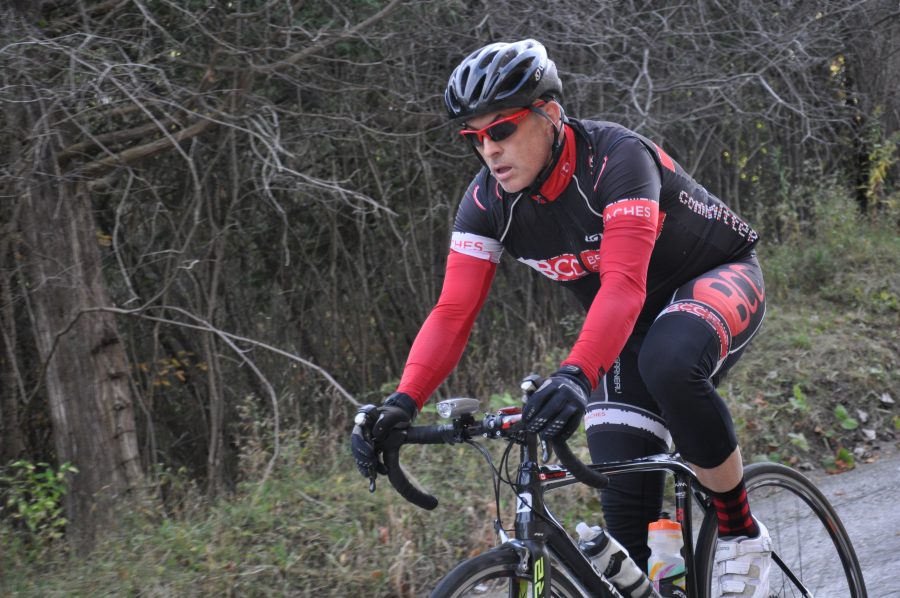 A member of the Beaches Cycling Club is vying to race across America.

Jason Shuker, 47, is shaping up for the challenge—which will require him to race his bicycle through 12 states or about 4,800 kilometres—at Mindset Cycling alongside his support team.

“Just to finish it is a big accomplishment,” said Shuker after a recent session at Mindset, a cycling-training facility based near Victoria Park and Eglinton. “I wanted to put a challenge in front of me.”

Come June 12, Shuker will be one of the competitors in the annual Race Across America (RAAM), an ultramarathon that is roughly 30 per cent longer than the world-famous Tour de France.

He is currently training 10 to 20 hours per week with Peter Oyler, owner of Mindset and a fellow Beaches Cycling Club member.

Physically, the coast-to-coast race will be Shuker’s most grueling challenge, and it has been long in the making: he qualified for the event in September 2016 in Ohio and started training in April 2017.

In the lead-up to the event, Shuker and his team are raising funds for the stateside trip as well as collecting donations for Pancreatic Cancer Canada, a cause that is important to the competitive cyclist whose father-in-law succumbed to the disease.

“We all know that it’s not an easy one to survive,” said Shuker. “Hopefully we can make a little bit of a difference.”

As part of the fundraising effort, the team is hosting a group training session at Mindset Cycling on March 3, followed by a 24-hour training marathon there on March 23. For more information, visit www.mindsetcycling.ca.