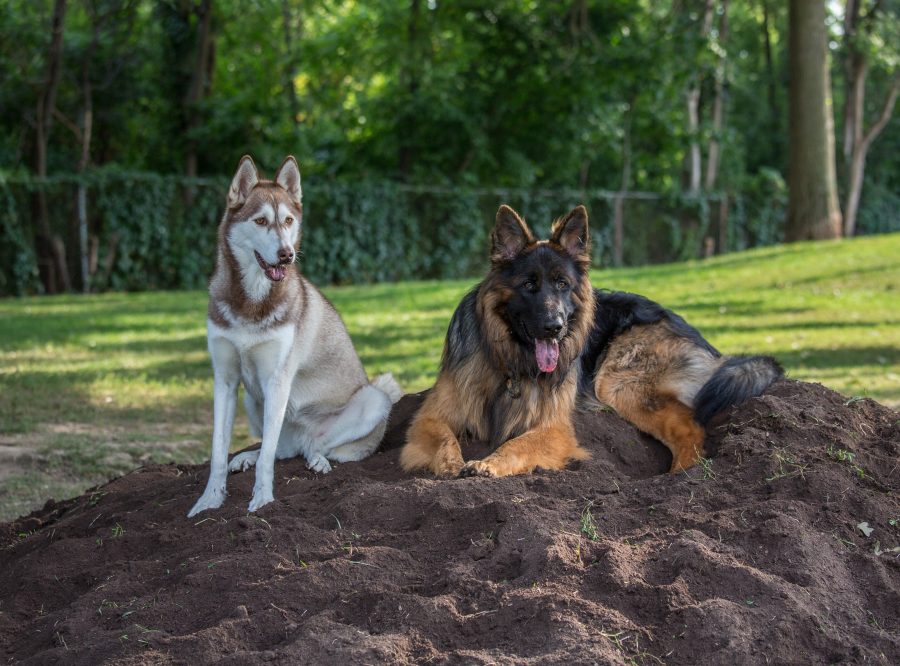 For years, James Krauter had been photographing dogs in Monarch Park near his home, but it never occurred to him to publish his candid canine shots.

That is until another dog park-goer approached him in 2012. “Somebody said, ‘You know, you take all these pictures of dogs, why don’t you make a calendar or something,’” he recalled.

Not long after, he was playing around in Lightroom, a popular photo editing program by Adobe, when he discovered an option that lets users publish photo books using a website and collect royalties.

So began his Dogs of Monarch Park book series, the third volume of which Krauter published this past November after a five-year hiatus.

The 72-page hardcover book, available to order through blurb.ca, features selections from dog photos Krauter has snapped in the park since 2013. But many of the pictures were shot towards the tail end of that four-year period alongside his trusty two-year-old German shepherd, Otus, who graces the cover.

Dogs big and small are featured within the latest volume.

“There are great danes, there’s a Siberian husky, German shepherds, I think there’s a Pomeranian… with a Boston terrier,” he said.

The variety of dogs found at Monarch Park leads Krauter to compare it to a famous televised dog show.

“Monarch Park, it’s like the Westminster,” he said. “You’ve got every breed of dog known to man there.”

Why does Krauter, who is also interested in landscape photography and portraiture, like dogs as a subject so much? “They’re really good friends to me; I really like them,” said Krauter, who has owned five German shepherds and a Siberian husky. “They’re just so neat. They come up to you and they’re friendly and then when they start to play together and do what they do together find them just endlessly fascinating.”

To aspiring dog photographers, Krauter has some pointers. “If you get down to their point of view, it becomes a lot more interesting,” he said. “If you want to do candid shots of dogs you have to be far enough away that they’re not aware of what you’re doing,” he added, recommending photographers invest in a zoom lens.

While he’s already dedicated countless hours to the Dogs of Monarch Park project–he spent “probably more than” 40 hours editing photos for the first volume alone—it doesn’t appear Krauter is finished yet. “It’s a labour of love,” he said.

He may publish another volume, he said, or perhaps finally get around to that calendar someone suggested he make years ago. “I certainly have enough material, believe me.”