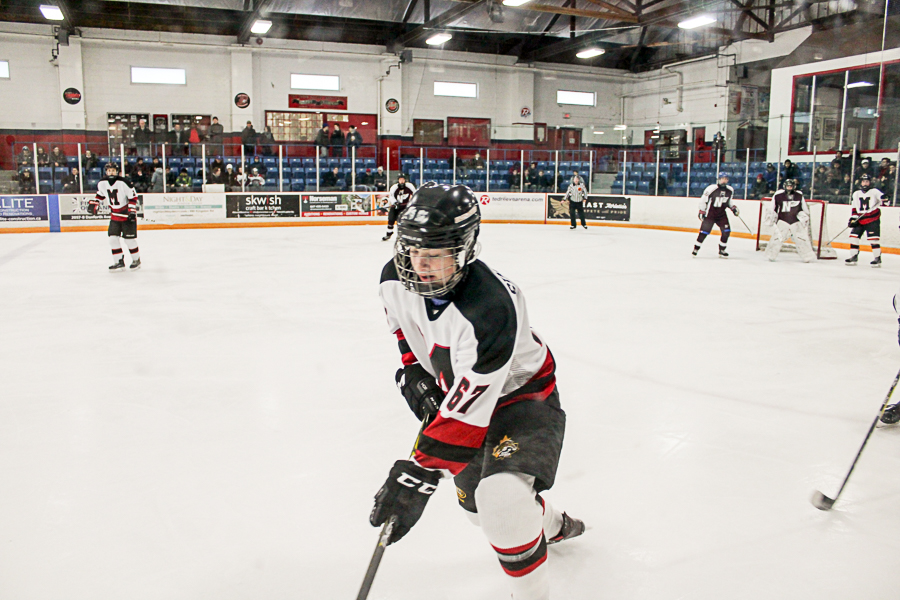 Neil McNeil took the lead early at the Battle of the Beach with two goals in the first five minutes of play. Malvern answered with a goal of their own late in the first period and maintained pressure for much of the game, but a Neil McNeil goal in the first half of the third period sealed the team’s victory.

“We made a couple of errors early on that they certainly took advantage of,” said Malvern head coach Doug Underwood. “Our guys got a little bit frustrated so it was a good learning experience for them… I think there were some frustration penalties out there,” the coach added.

Malvern captain Hunter Volden gave voice to that frustration. “We got down really early—down two to nothing and just couldn’t get anything going,” he said. Still, Volden found bright spots despite his team’s loss. “It’s just a good game to have. It’s really fun to play in [and] it’s good to raise money for the community.”

By the end of the afternoon exhibition game, which took place on Dec. 20, the teams had raised $800 for Centre 55. In the days following the game, more donations were made pushing the total to around $1,000. In 2016, when the two schools began the annual tradition, organizers raised $1,500 for Centre 55.

Neil McNeil defenseman Owen McStay suggested the score could have been very different. “We got lucky, they were all over us,” said McStay.

Coach Underwood credited Neil McNeil’s goaltending. “Their goaltender player really well–stood on his head–and we weren’t able to come back the way we usually do. We have a lot of firepower but weren’t able to solve that goaltender,” he said.

Great job by both Malvern and Neil McNeil hockey teams and all the volunteers who helped make the annual “Battle of The Beach” another roaring success. Always fulfilling to support Community Centre 55, especially during the Holiday Season.