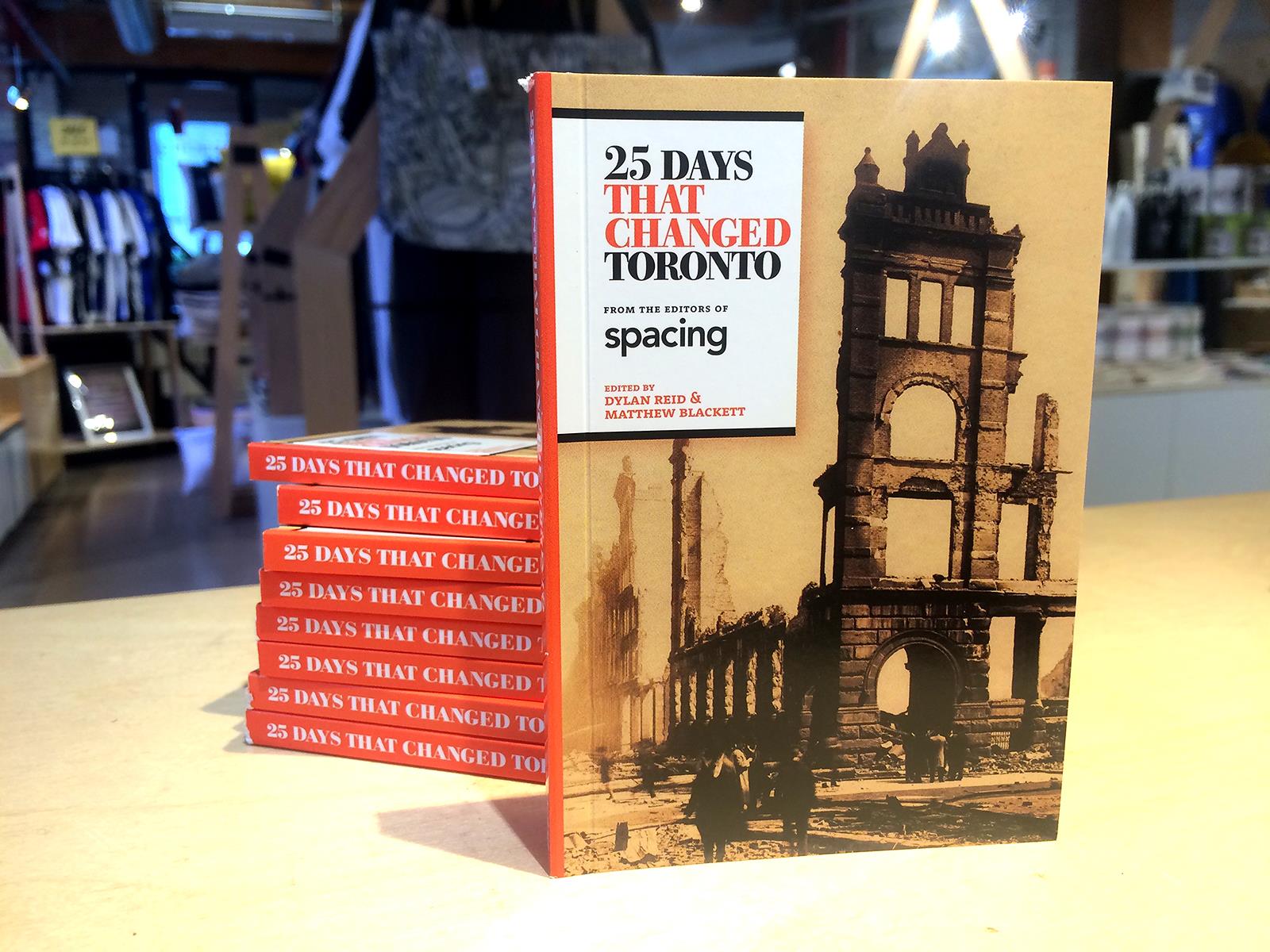 '25 Day That Changed Toronto' by the editors of Spacing magazine PHOTO: Facebook

Any time journalist and Greenwood and Gerrard resident Chris Bateman is in a new place, he can’t help but dig into its history.

It was no different when he moved to Toronto by way of England, where he studied broadcast journalism, in 2011. “I was, I guess, interested in figuring out as much as I could about the city,” he said. “I like to know everything about a place.”

Bateman, who said he “accidentally became a historian,” plied his knowledge in Spacing magazine’s latest book, 25 Days That Changed Toronto, out last month. He was one of 10 writers and editors to explore pivotal moments in the city’s history, hopping from day to day.

The book, edited by Spacing senior editor Dylan Reid and publisher Matthew Blackett, is similar in structure to the urbanism quarterly’s previous effort, 50 Objects That Define Toronto. As with Objects, in 25 Days, an article-length writeup accompanies each item, from the first game at Maple Leaf Gardens to birth of the Toronto Islands.

“We just thought it would be a great way of exploring Toronto history in this sort of small-format book,” said Reid of the 136-page, pocket-sized book.

“Basically, the idea is that they changed Toronto, that Toronto wasn’t the same after that day, and… it’s something that can be to some extent captured in a single day, some more than others,” said Reid outlining what links the selected days.

To help choose the days, Spacing started by polling historians and urbanists. “We got an enormous list of days—I think we had, like, a hundred possibilities,” said Reid. Then, they got an expert group to pick out days of importance. From there, a vote was held to narrow it down further. Finally, another selection was done to ensure the days covered a broad range of Toronto history.

The Toronto Star and Globe & Mail archives via the Toronto Public Library website were a big help to Bateman, whose contributions include the section on Toronto’s first ever outdoor patio, which opened on March 13, 1956 at the now-defunct Sidewalk Cafe near College and Yonge Streets.

“Despite Toronto’s sultry summers, it took a long time for the people of the city to become extroverted enough to drink and dine outside,” Bateman writes in the book.

“The fact that we could sort of point to a restaurant and the day it opened as being, you know, the day the patio arrived in Toronto is kind of neat,” he added.

In researching the project, Reid also learned more about his city. “I had not known about the Hoggs Hollow disaster,” he said. “I think that was something that was really striking and a phase in Toronto’s history that’s the kind of thing that people really might not know much about but that really was significant in terms of changing the way we build the city and changing the way we treated immigrants,” he said.

The tunneling tragedy that killed five will pop up again in Spacing’s next book, which will focus on “25 transit secrets,” Reid said, and is expected in the coming months.