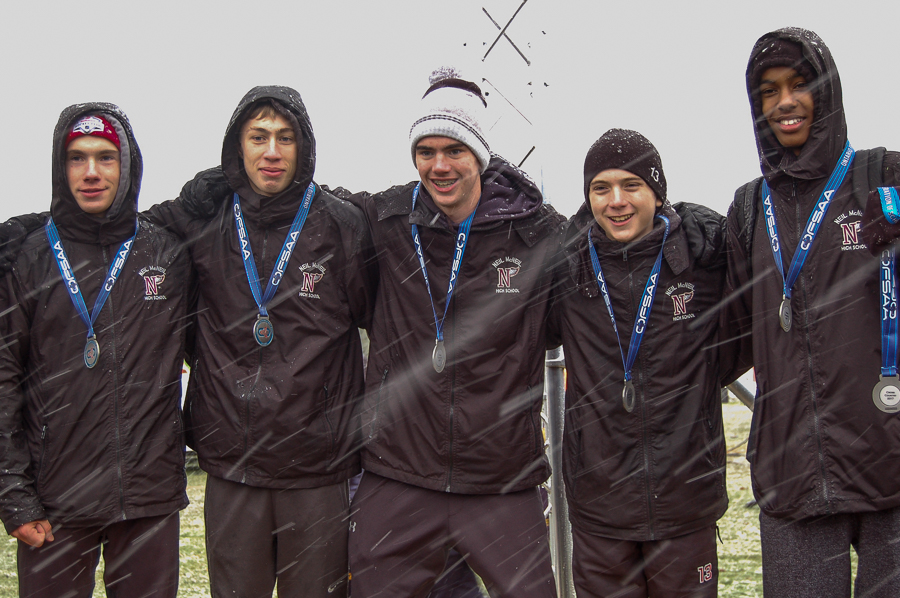 Neil McNeil Catholic High School’s cross-country team thought they placed second in the junior boys’ race at the provincial championships in Petawawa, Ont., on Saturday. And why not? That’s what the score said.

“We were presented with silver medals and we were told that we were second,” said Jason Wood, one of the team’s coaches. “And then on Sunday we were informed that there was a timing error.”

Correcting the error—caused by a timing device picking up on a runner, who was not competing, standing near the finish line—pushed the junior team of five Grade 10 students into the top slot for their age grouping at the OFSAA cross-country championships.

“We were pretty excited,” said Wood.

It was a crowning victory for a 15-member cross-country team fresh off an overall first-place finish at the TDCAA championships, an annual competition between Toronto Catholic schools.

The team did not take the gold overall at the snowy OFSAA meet, but a 9th-place finish by the Grade 9 midget boys team and a 10-place result from the Grades 11 and 12 senior boys team was enough for Neil McNeil to earn a second-place tie overall based on its cumulative score. It was an unprecedented performance for the all-boys Catholic high school.

“This was the first time that our school had placed all three teams in the top 10,” Wood pointed out.

“We are extremely proud of our entire team,” said Ashley Masterson, also a Neil McNeil cross-country coach, in an email.

The OFSAA tournament was the last cross-country event of the season for Neil McNeil, and coach Wood said the team is now looking forward to the indoor track season.

They will begin training next month in anticipation of their first indoor event, scheduled for February at the City of Toronto Track and Field Centre at York University.

The Neil McNeil team is also waiting for its gold medals to arrive from Thunder Bay, where Hammarskjold High School, the team mistakenly awarded first in the junior cross-country event, is located.

You Gotta like these kids. So proud of you boys.

Awesome job boys! You deserve it!