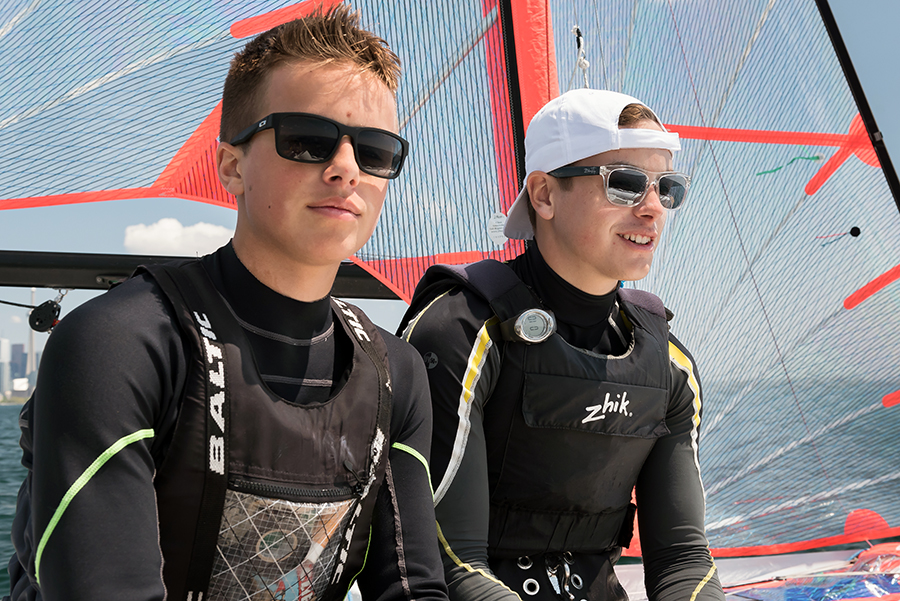 Sailing brothers Will and Sam Bonin are travelling to China for youth championships in December. PHOTO: TSGphoto

Two local brothers’ quest to represent Canada at the 2024 Paris Olympics for sailing is taking them to China before the year’s end.

After moving to the Beach from Ottawa in 2010, Will and Sam Bonin followed in their parents’ footsteps and started sailing, quickly taking a shine to the watersport they hope will one day pay the bills.

“For me, it was kind of like, you know when a boy sees a nice car or something, and he’s like, ‘I gotta have that car when I’m older’? It was like that for sailing. I saw this one particular type of boat,” Sam, an 18-year-old Queen’s engineering student, said.

The boat was a 29er, a speedy-but-volatile two-person skiff, and it’s what he and Will are representing Canada with at the Youth Sailing World Championship in the Chinese city of Sanya on Hainan Island.

“It’s a very finicky boat—they’re treated like race horses in a way,” Will, a 16-year-old attending Malvern Collegiate Institute, said.

Sam added, “When you’re sailing in these boats, it’s rock ‘em, sock ‘em.” He estimated the top speed for the 29er is 20 knots, or nearly 40 kilometres per hour, which he said “feels like 100 miles per hour” on the water.

The two have jumped into the sport with both feet not least of all because of that speed. The sport demands a variety of skills, from marketing acumen to reel in sponsors to a combo of technical knowledge and physical strength — all skills the brothers hope they can parlay into a career involving the sport that they love.

While the youth championships will be a major international challenge, the two have put in many long hours training—“We’ll even eat lunch on the water,” said Will—and have won a number of regattas, or racing series.

Most recently, the dinghy duo took first place at the 2017 Fall CORK (Canadian Olympic-training Regatta, Kingston), helping them win the Canadian 29er Grand Prix, a months-long circuit of regattas. In March while racing in Coronado, Calif., they qualified for the youth championship in China that will run from Dec. 9 to 16.

Will stressed the importance of the forthcoming international event in terms of their burgeoning Olympic campaign.

“China’s a huge, huge kind of pathway, and it’s a huge event to be able to go to,” he said. “We’re going to be facing off against the best of the best.”