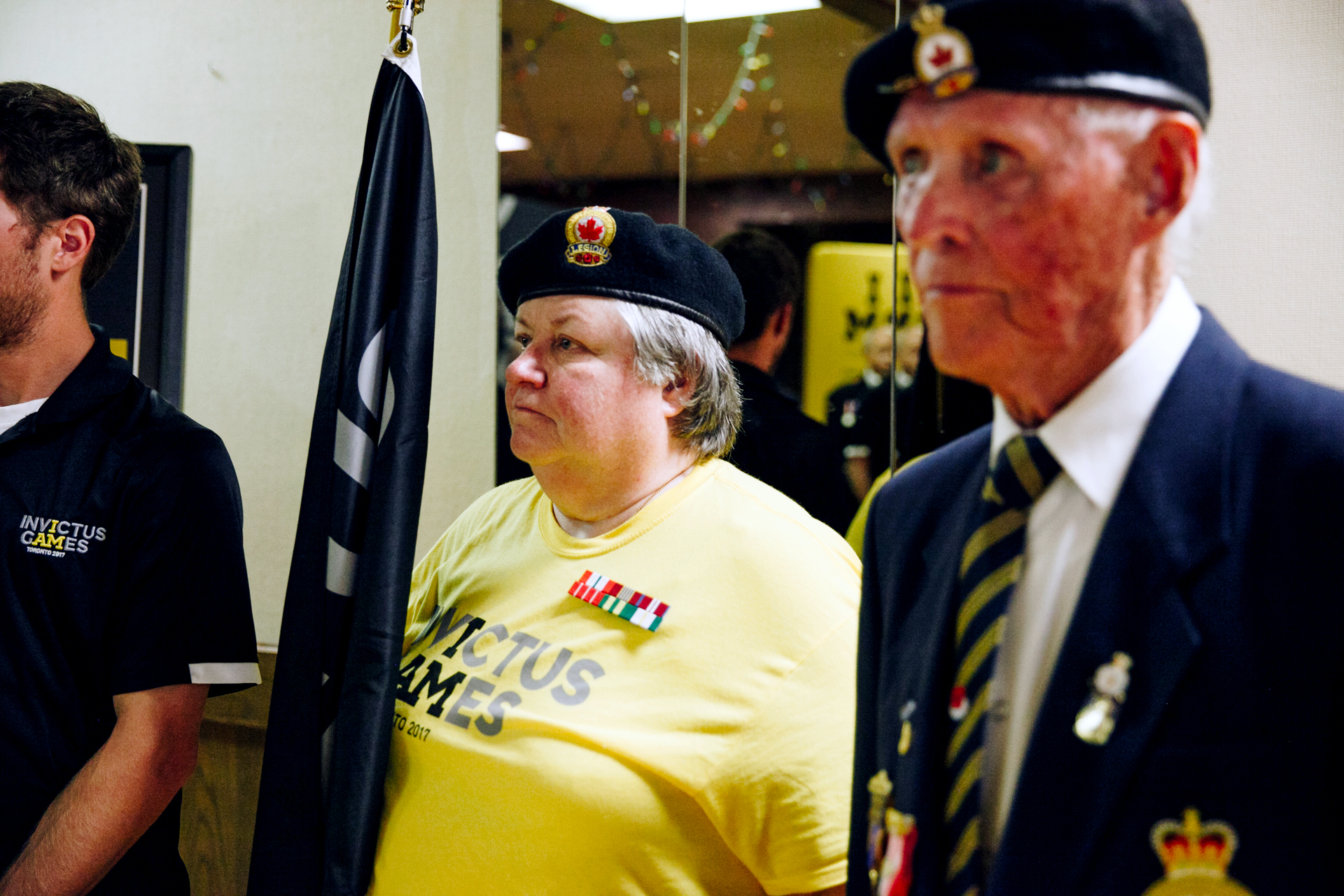 Not unlike the Olympic torch relay, the Canada-wide flag tour took a symbol of the Invictus Games across the host country ahead of the international event, which was founded by Prince Harry and began in 2014 in London.

“We are here together in support of our wounded warriors who are on their road to recovery,” said Kenn Bell, a rep for the flag tour, during the flag ceremony at Royal Canadian Legion – Branch 13.

The Toronto Invictus Games will see wounded, injured or sick military personnel and vets from 17 nations go toe-to-toe in para sports such as wheelchair variants of basketball, rugby and tennis, as well as swimming and archery.

A total of 150 flag bearers from across the country have been selected for the role. The flag tour began in Victoria, B.C. and touched down in more than 50 communities, including Moncton, N.B., before landing in Toronto. “There’s a shared experience with a flag that our flag bearers get to embrace for that journey,” said Bell.

During the 37-day tour, some flag bearers have taken part with service dogs, and one flag bearer even carried the black-yellow-and-grey flag on motorcycle for a stretch.

“We’re raising awareness, we are promoting the Invictus Games—Prince Harry’s project—but the true story and the legacy is about the men and women, our wounded warriors,” Bell added.

Alis Kennedy, a Metis veteran, had driven the flag from Borden, Ont., to the Birch Cliff legion. “For me, it’s a great honour,” said Kennedy, who was with the Canadian military from 1970 to 1983.

John White, a lifetime member of Branch 13 for 50 years, was the local flag bearer.

“I could not even think about a better classy man to carry the flag in today,” said Bell introducing White.

White said he was “astounded” to learn that he was going to be a flag bearer for the games. “I still can’t get over it that I was [selected], it really means a lot to me,” the 84-year-old said.

Daniel Burri, president of the Birch Cliff branch, said part of the reason his branch agreed to host the stop was to attract younger vets, something that has been a challenge.

“We truly believe we try to bring the young vets to the legion, and it’s quite difficult to do that,” he said, estimating that of the local legion’s 182 members, about 30 to 40 are under the age of 45.

“How we got chosen, I cannot tell you. I don’t know. Maybe luck of the draw, but we’re very glad that they came here,” Burri added.

The 2017 Invictus Games kick off in Toronto tomorrow and run until Sept. 30.

Branch 13 was chosen because of the leading work they have done providing specially trained service dogs to veterans with Operational/Post Traumatic Stress Injury and the Branch deserved the distinction.