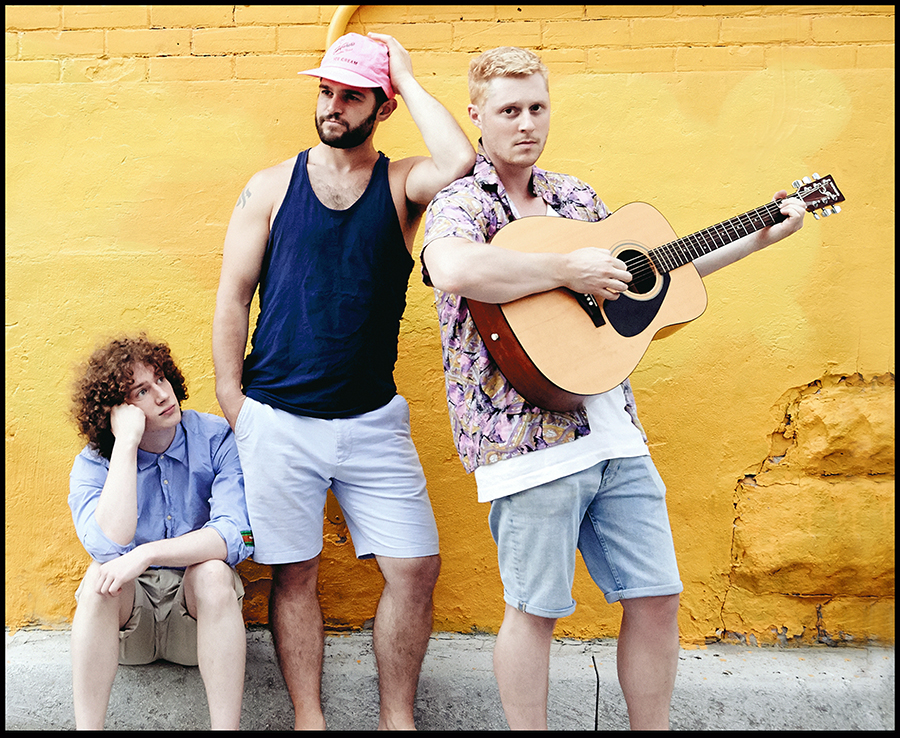 The East End’s intimate and innovative Coal Mine Theatre is back for its 2017/2018 season with the Canadian premiere of The Aliens. The award-winning play by Pulitzer Prize winner Annie Baker opens at the less-than-100-seat theatre, 1454 Danforth Ave., on Wednesday, Sept. 20.

Directed by Mitchell Cushman, the play follows a trio of misfits (the all-Canadian cast of Noah Reid, Will Greenblatt, and Maxwell Haynes) elevated by their experiences at a Vermont coffee shop. Called “a cruel and compassionate examination of a lost generation in modern-day America”, the show premiered off-Broadway in 2009 and was a finalist for the Susan Smith Blackburn Prize for women playwrights.

Stay tuned for the rest of the Coal Mine season, which continues under Diana Bentley and Ted Dykstra with Poison by Lot Vekemans, translated by Rina Vergano; Rumours by Fleetwood Mac: A Coal Mine Concert; and Category E by Belinda Cornish.

The Aliens runs Sept. 20 through Oct. 8, with shows Tuesday-Saturday at 7:30 p.m., Sunday at 2 p.m. Tickets can be found at http://www.brownpapertickets.com/TheCoalMine. For more information visit www.coalminetheatre.com.

Project Future, an artistic mentorship program for Indigenous and black youth on Dish With One Spoon Treaty Territory, began in the spring. The “intersectional, multi-disciplinary project incorporates global Indigenous teachings, oral traditions with permaculture principles to develop a community garden, eco-art installations and theatrical presentations for the community.”

The Languages of the Land Festival is a cumulation of that work, and a celebration featuring permaculture workshops, performances, and story weaving on the idyllic grounds of the Children’s Peace Theatre.

The Children’s Peace Theatre’s mandate is to create a culture of peace through critical and holistic artistic creativity, and “centre the voices of racialized communities and leverage our power in the arts sector to co-create imaginative solutions for equitable and fair futures for all.”  For more information, visit www.childrenspeacetheatre.org.

If you’ve been looking for an excuse to test out Rorschach Brewing Co., one of a handful of excellent new breweries that have popped up in the East End recently, look no further than their Thursday night music night, featuring local band The Bently Collective playing some jazz, soul, and R&B.

The trio of musicians, Brooke Blackburn, Pat Perez, and Ian Desouza, can boast that they are all Juno nominees or winners – and that’s not just the ale talking.

Rorschach Brewing Co. is located at 1001 Eastern Ave., one block west of Coxwell. More information at www.rorschachbrewing.com or 416-901-3233.

Pianist Jim Clayton shares the stage with Andrew Scott on guitar and Peter Telford on upright bass Saturday, Sept. 23 at 4:30 p.m. at Hope United Church on Main and Danforth. Themed “the colours of the world”, the performance is part of the ongoing Jazz Vespers Series.

If you’re looking for traditional Klezmer, clarinetist Mike Anklewicz and KlezFactor can offer that – and a lot more. Anklewicz has performed klezmer in Toronto, Montreal, New York, Amsterdam and Berlin. He recorded his first CD in February of 2016 with Montreal-based accordionist Yoni Kaston and bassist Joel Kerr. For Anklewicz, it was the culmination of over 20 years of listening, performing and research.

Anklewicz holds a PhD in Ethnomusicology from York University where he studied klezmer and its fusion. For the noon-time concert at Hope United on Oct. 4 he will be joined by Georgia Hathaway on violin, Jarek Dabrowski on guitar, Paul Georgiou on bass, and Noah Sherman on drums, offering a program of traditional Klezmer Music with a twist of fusion. The concert is free and is part of the Music @ 12:15 Series which runs on the first Wednesday of the month at Hope United Church, 2550 Danforth. For more information, visit www.HopeUnited.ca