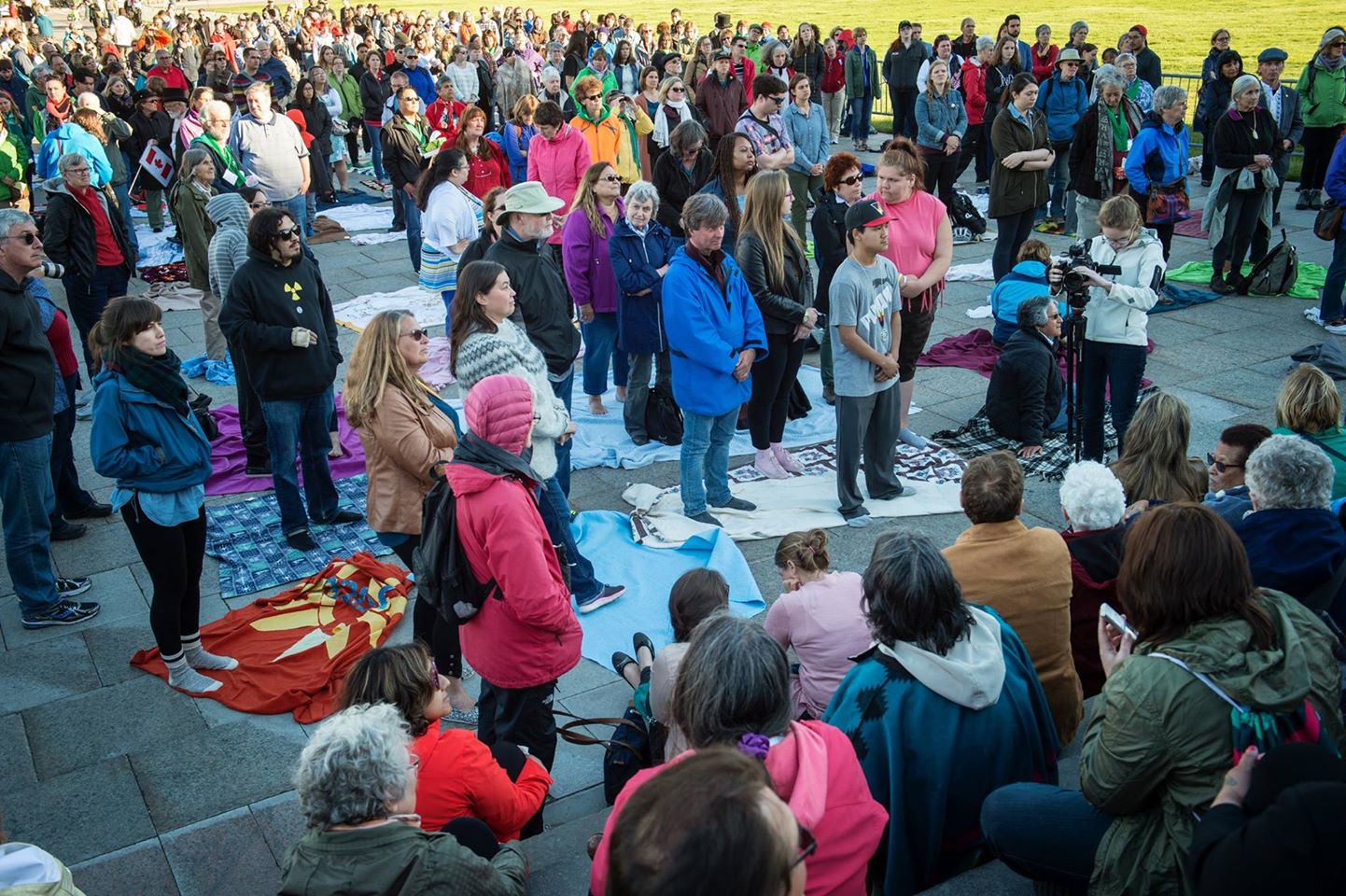 A unique way of learning about the lasting effects of colonization is coming to the East End.

The public event sees blankets arranged on the ground, representing land, with participants stepping into the roles of First Nations, Inuit and Métis peoples.

As the exercise goes forward, the devastation of colonization becomes apparent as the parcels of land disappear and become disconnected from each other.

This helps people visualize “why the relationship between Indigenous and non-Indigenous people is often broken and how we can take action together.”

In June, more than 800 people participated in a large blanket exercise ceremony on Parliament Hill, marking the second anniversary of the Truth and Reconciliation Commission’s 94 Calls to Action.

The exercise is one way to build reconciliation, and organizers note its importance in bringing a different focus to Canada 150 celebrations.

Welcome to the Blanket Exercise from KAIROS Canada on Vimeo.