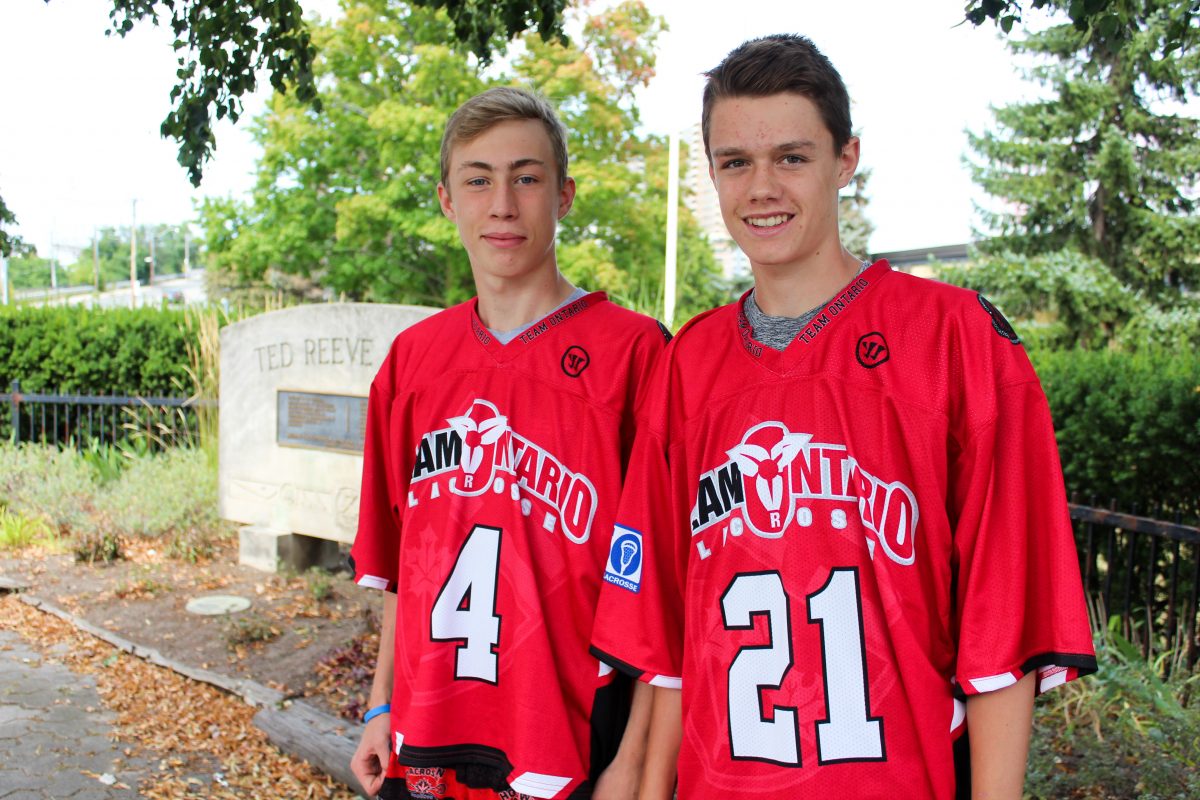 Upper Beach athletes Malcolm Warcholak, 14, and Jacob Hickey, 15, outside Ted Reeve Arena ahead of their trip to the U15 Field Lacrosse Nationals in Saskatchewan with Team Ontario. PHOTO: Anna Killen

Jacob Hickey and Malcolm Warcholak live a few minutes away from each other in the Upper Beach, attend the same school, and have been playing on sports teams together since they were little.

And now, a decade after making their first lacrosse team together, the Neil McNeil students are marking another milestone as the two Beach players to qualify for Team Ontario’s U15 Field Lacrosse Team.

While most students enjoy their last moments of summer freedom over Labour Day weekend, Hickey and Warcholak travelled are in Saskatchewan this weekend competing against some of the best up-and-coming lacrosse players in the country at this year’s national tournament. The goal: to start school Sept. 5 with a couple of gold medals around their necks.

The midfielders earned coveted spots on the 22-person team following a weeks-long selection process in Oshawa that began with about 80-90 hopefuls.

“A lot of the best players in Ontario go out,” said Hickey. To prepare for the tryouts, Hickey said he “got a good night’s sleep” and “practised a lot with my Beaches club team.”

Ontario is a top contender at nationals, he said, but faces growing competition from the western teams in B.C. and Alberta.

“Their programs are getting a lot better,” he said. “But we’re hoping to win.”

The pair have played various sports together, often on the same lines, for over 10 years. That familiarity and friendship has proven to be an asset, and they are hopeful it will help the team at nationals.

“We’ve been playing so long together,” said Warcholak, this opportunity to take their game to the next level “is super exciting.”

Update: The U15 Boys spent the tournament undefeated — until the final game against B.C. where the team lost 10-8 in overtime.