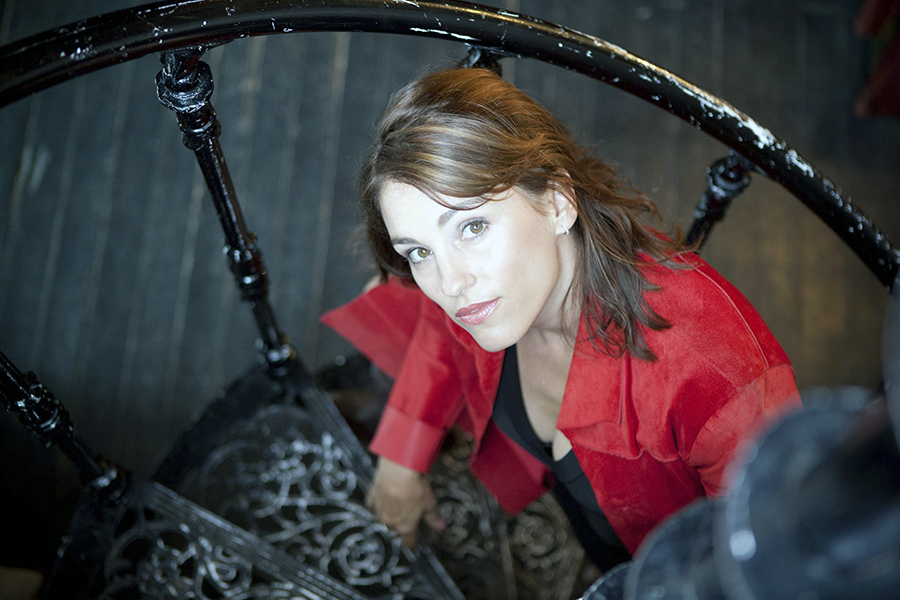 Amy Jo Johnson, who has a passionate fanbase from her breakthrough role as the original Pink Power Ranger, has spent the past several years taking on a different passion: that of a writer and director.

After years acting on shows like Felicity and Flashpoint, Johnson decided to pull her focus behind the camera, and began writing and producing short films in 2012.

Her feature film directorial debut, The Space Between, is based off of one of those early shorts and, after its premiere at Richmond Hill Performing Arts Centre on Aug. 23, will have a special screening at The Fox Theatre on Aug. 29 before heading out on tour. The Fox screening is special for Johnson for several reasons – first, it’s down the street from her house and second, it’s in the city where she nurtured this second phase of her career.

“I love Toronto,” said Johnson, speaking on the phone from the Canadian Film Centre (CFC), where she developed the project. “I moved here about six years ago when I was doing Flashpoint … I just fell in love with the city, and it was on Flashpoint when I realized that I was ready to step behind the camera. I really love being here. I just find Toronto to be a very nurturing city for emerging filmmakers.”

In her work, Johnson doesn’t shy away from tough subjects – The Space Between is about a man who finds out he’s not the biological father of his newborn – but she manages to tackle difficult issues with grace, and the final result is funny, poignant and heartfelt.

“I like to take hard subjects and find the levity and humour within that,” she said.

The crowdfunded indie film was produced by Jessica Adams and filmed over 17 days in locations near Guelph. Johnson has close relationships with many of the people involved in the film, including Beacher Maria Ricossa who plays Dinah, and said the experience was “like summer camp” with everyone staying in dorm rooms at the university.

“It was super fun,” she said. “We all collaborated together.”

Johnson is already busy working on her next feature, Breaking Emma, while keeping her eyes down the road towards a future initiative, a feature called Crazier Than You, which is a script she wrote partly inspired by her unconventional childhood.

“That will be a much, much higher budget,” she said. “I think every step of the way as I grow as a director, I’ll be able to handle a bigger budget and actually be able to raise that money. It’s a process.”

Her ideas don’t stop at feature films – she said she would love to get into episodic directing, or work on a television show.

“I have no shortage of dreams and aspirations, so we’ll see,” she said.

“Each project is this giant learning curve because I was in front of the camera for so long, but I didn’t really know the process,” she said. “Doing the short films was a dabble into all of those areas, and now doing a feature-length, I learned so much – it’s crazy – and I really fell in love with it. I love being on set and shooting and directing – that’s when I feel like my personality comes alive.”

The Space Between screens at The Fox on Aug. 29 at 7 p.m. with a Q&A with Johnson following the screening. More information at http://thespacebetweenfeaturefilm.com/.