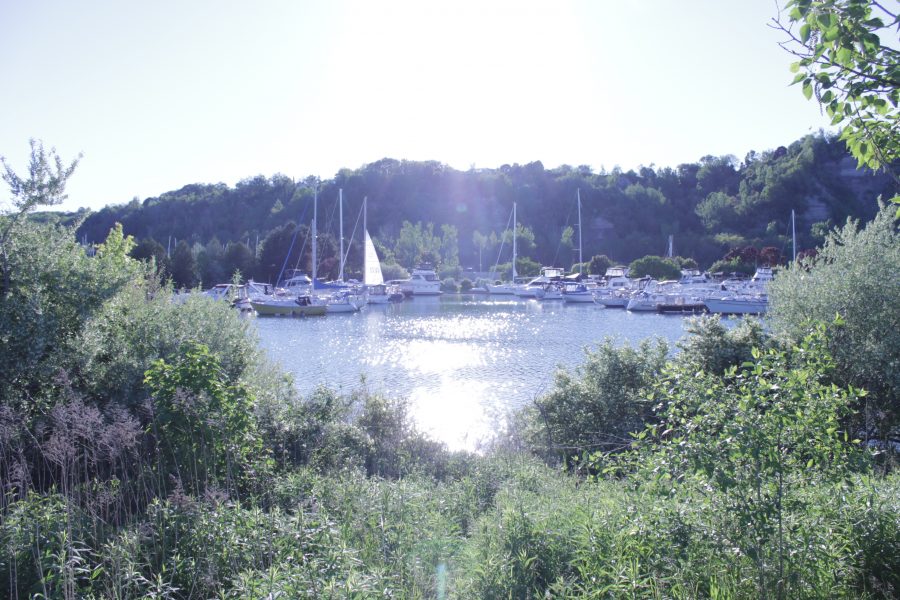 People have been disobeying signs warning of the dangers at the Scarborough Bluffs. PHOTO: Lara O'Keefe

When it comes to the Scarborough Bluffs, experts are saying heed the warnings or risk being fined.

Though the recent flooding has left the beauty of the Bluffs untouched, it has caused significant erosion in the area. That has has led to dangerous conditions for visitors and, according to Toronto Region Conservation Authority (TRCA) estimates, more than a dozen landslides since April.

“In terms of the park areas or where people want to go right at the top of the Bluffs, it’s completely safe as long as they stay on the appropriate side of the fence. It’s when they go on the wrong side of the fence that it causes issue,” explained Nancy Gaffney, head of watershed programs with the TRCA. She said numerous people have been ignoring TRCA warnings.

High winds on top of high water levels and flooding has led to additional erosion that is damaging and dangerous. Gaffney said that while there are some flat areas people can stand on, the ground underneath it may not have much left to support it. So areas that may appear stable could, in reality, collapse at any moment.

With erosion continuing to create washouts along the shoreline, the TRCA has issued notices and signage to warn the public of the risk to users of the path but despite these restrictions, it seems people have continued to climb to the top of the Bluffs, says the TRCA, who have been keeping an eye on the area using aerial and drone photography.

“We have drone pictures that show those undermined areas and people are sitting on very narrow areas of sand because they think it’s a great picture,” said Gaffney. But “in an effort to get out to the peak of sand to get your picture you could fall at any time.”

She said that people also “rip our fences down every weekend, which is dangerous for those people who don’t realize that the fence was there. Some people have thrown it down the bluffs. Every time we see the fence was removed we put it back up, but it’s an issue.”

Because of this, Gaffney said visitors may notice an increase in police and marine unit presence at the Bluffs.

“The public have not been heeding the warning so they’ll be stepping up their presence and handing out fines,” said Gaffney.

Fines of up to $5,000 will be handed to those who enter restricted areas.

And while the drone footage has been useful in spotting trespassers, that is not its intended purpose. The footage is meant to keep a close watch on the landslides and water coming through the Bluffs.

Another set of photos was taken last week, said Gaffney, and if the landslides and water are no longer an issue, the TRCA hopes to be able to clean up the area and prepare it for public use once again.

“In terms of the bottom, we have kept that closed and probably will for a couple more weeks. Still a lot of ground water moving through. Every time it storms it takes a week or more for it to move. But we do expect for it to dry up quite a bit in the next couple of weeks,” she said.

Reminding people that they are hopeful this issue will be resolved sooner rather than later, Gaffney promised “that when the bottom of the Bluff is open to the public again we will remove the fencing and we will make sure we broadcast it far and wide that they can come back down.”

Should people ignore the barriers and the warnings and the by law officers and fall off the Bluffs and if they survive, I think they and/or their families should be billed for all the costs associated with their ‘misadventure’. Things change when they know it may cost them out-of-pocket.