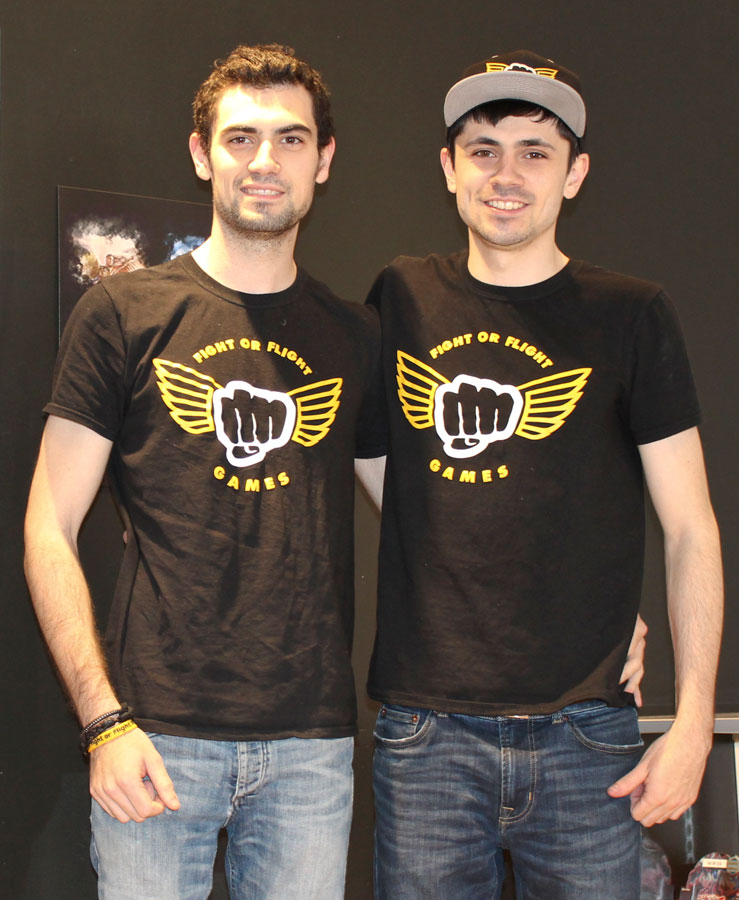 Who said you can’t make a living playing video games?

Beach brothers Nathan and Colin Whitehead never intended to pursue a career in gaming — but when they started thinking about how they could turn their passions into a profession, it just made sense.

The duo said they came up with the idea for their newest venture, Fight or Flight Games on Queen Street East and Jones Avenue, together and attribute it to their lifelong love of both video and card games.

“My passion was for video games and card games so I came to [Colin] and we kind of came up with this idea together,” said Nathan.

As one might expect when it comes to brothers, Colin had a similar yet slightly different perspective about opening up the shop.

“For me it’s more about seeing how video games have evolved over the past 5-10 years,” he said. “I remember 10 years ago if you played a lot of video games you were considered a nerd, you shouldn’t do it, waste of time, but now these days you can actually make a career out of it.”

It’s still early days but the brothers say they want to focus on holding bigger events such as Friday night Magic tournaments or Mario Kart events in addition to their current Throwback Thursday events that offer retro games at half price.

“[The tournament events] will be pay to play but everyone will walk away with something,” they said.

And when it comes to the older crowd, they’ve got plans for them too.

Colin and Nathan said they’re trying to collaborate with businesses in the neighbourhood with the hopes of offering deals that would appeal to adults.

“We are talking to all the businesses around to see if there’s anything we can do to join forces to get people to go into both places to enjoy what everybody has to offer in our little strip,” said Colin.

But in the meantime, they said a lot of parents are just happy about the fact that there is a safe place to drop off the kids “especially with [Radical Road Brewery] next door. So they can kind of go there for a couple hours [or] they leave the kids before they go to the restaurant, so it’s pretty cool.”

The pair added that in addition to entertainment, they’re excited about the opportunity to offer games that improve skills such as decision-making, strategy, and team coordination.

“The games we want to promote here are strategy-type games where you’re trying to improve yourself either with hand-eye coordination or just mentally,” said Colin. “We figured that there wasn’t a place like this and we want to create a safe, friendly environment for kids or adults to come in and have fun or play competitively. Kind of a place for everyone to enjoy just gaming.”

When it comes to regular gaming, the brothers charge a flat rate of $10 per hour, which includes the television rental, console, game and controllers. Players can swap as many games as they want during that hour but they recommend sticking with one console per hour so as not to eat into playing time — it takes awhile to set up the consoles, they said.

And for those who aren’t already proficient in gaming, the brothers said they welcome players both new and old. “Even if you don’t play any video games we recommend coming by and just asking questions. We can always help you if you’re curious about anything. If you need recommendations we’re always here to help,” said Nathan. “We always like helping new people get into it too.”