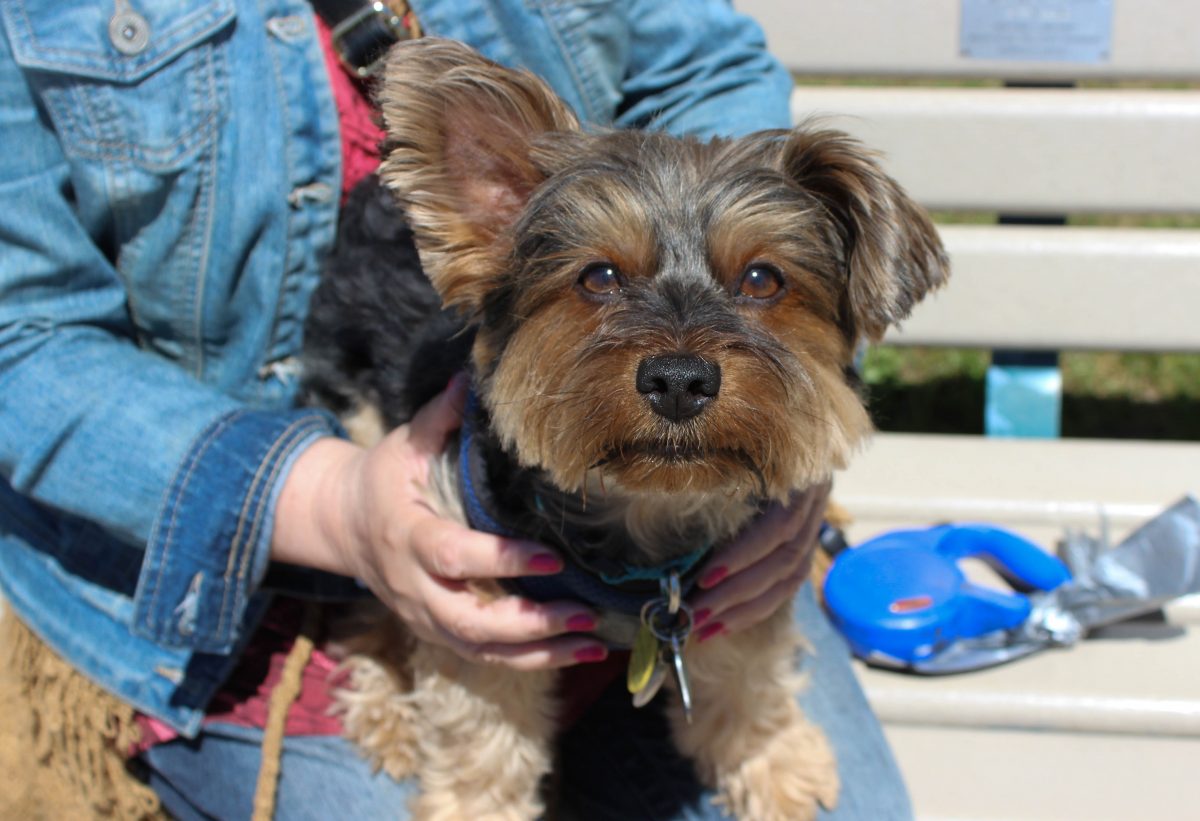 Dogs took over Leuty pavilion on June 3 for Community Centre 55’s annual Slobberfest, a celebration of all things canine. The event included a Pack Parade along the boardwalk to start the day, contests such as Best Costume and, of course, a number of eating contests. Here are some of the dogs that won our hearts.

Rosco, 11, is a former therapy dog who used to go into long term care homes. His human told me that she likes all of her dogs to have a job. Apparently, Rosco thought that he was still working when I was petting him.

Shortly after this picture was taken, Elsa, who was named before Frozen came out, won the ice cream eating contest.

Xena, who was at Slobberfest with Elsa, wasn’t as into looking at the camera as her friend. She still managed to look up for this photo though!

Snoopy, who was seen earlier riding that skateboard, managed to pose for this photo for an exceptionally long time.

Oliver, 6, is no stranger to the pet convention circuit — he was also at Woofstock last month. According to his humans, he likes the competitions. “He doesn’t win, but he likes them.”