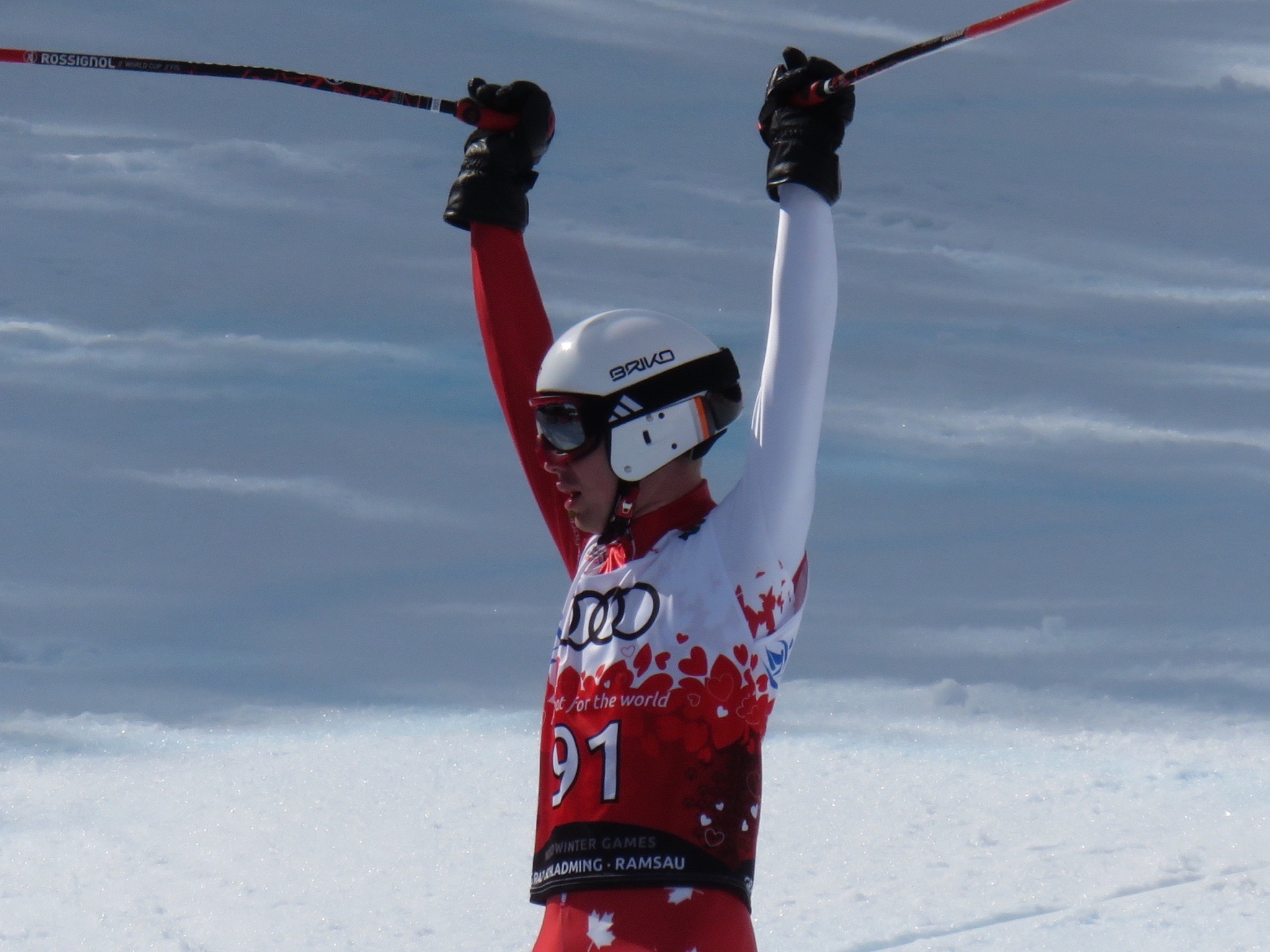 Spring is a time to celebrate for Variety Village athlete Matthew Fields, who took home the gold medal at the Special Olympic World Winter Games this March.

“It felt pretty spectacular for me,” said Fields, last month by phone. “I’ve never been to a world competition before.”

Fields managed to battle some fierce runs at the games, held this year in the Austrian alps, coming out with a final score of 01:35:26 in the Alpine Advanced Slalom category.

A skier for most of his life, 26-year-old Fields first discovered his love for the sport when his father introduced him to it around the age of three. After years of taking ski lessons at Beaver Valley Ski Club, at 19, he decided to take it to the next level and compete, joining the Blue Mountain Alpine Team to begin racing.

Seven years and with a team of seven coaches behind him, Fields prepared for the world competition in Austria. But it wasn’t luck that got him there – the pro skier said he trains “four to five days a week – three on the hill and two in the gym at Variety Village.”

And while the ski hills may be closed for the season now, his training continues throughout the year.

Fields said he spends his summers playing soccer and going to the gym at least twice a week.

“It’s just a matter of getting my strength up and getting in shape for next year’s competition,” he said.

This year, the games took place in Graz, Schladming and Ramsau, Austria and ran from March 14-25.

More than 3,000 athletes participated with 148 of those being Canadian.

“The overall experience was incredible,” recalled Fields. “It was really, really a lot of fun just to spend the time with the team, meeting each other, talking to each of the athletes about what they do and what we do. It was just amazing.”