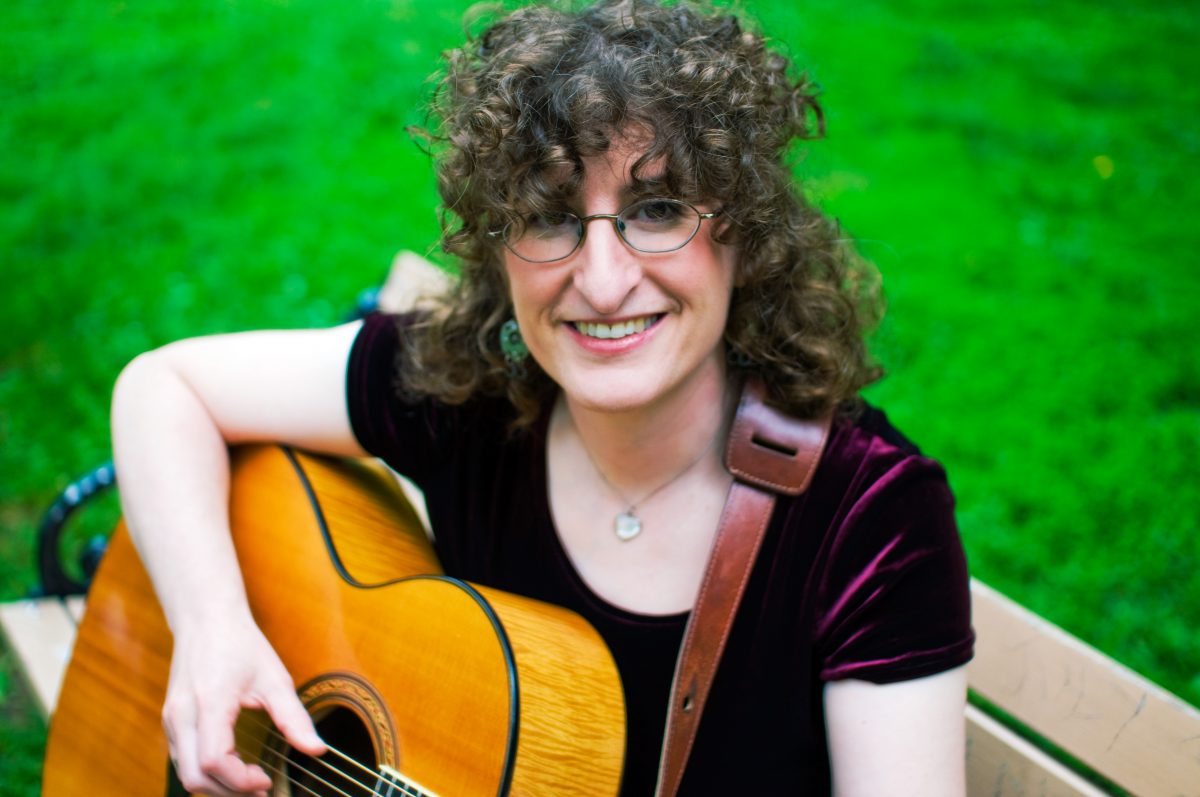 Eve Goldberg is one of over a dozen acts set to play Acoustic Harvest's 20th anniversary gala June 3. PHOTO: Submitted

The 20th anniversary celebration gala and fundraiser happens Saturday, June 3 at Robinson Hall, St. Nicholas Anglican Church and features a sampling of the many performers who have graced the Acoustic Harvest stage over the years.

“I’m excited about all of the artists,” said Acoustic Harvest organizer Lillian Wauthier, of the over 15 singers, songwriters and musicians set to perform. Almost all “have appeared on our stage at some point over the past 20 years – Magoo is the only one who has not graced our stage.”

Thirty-year Canadian entertainment veteran James Gordon, known in some circles as the guy who created the political theatre piece Stephen Harper: The Musical, grew up in the area and now lives in Guelph. He’s returning to the area to celebrate Acoustic Harvest’s milestone.

Acoustic Harvest is proud of their longevity, which they attribute in part to the support of the East End community. The fundraiser will go towards making their future concert series even better.

“With so many music venues closing down in Toronto, we’re still going strong and pleased to be bringing the finest, award-winning regional, national and international artists to the east end of Toronto,” said Wauthier.

She’s looking forward to seeing faces new and old at the gala, and expects that Acoustic Harvest founder “the late, great multi-instrumentalist/singer/songwriter/radio host, Rick Fielding” will be “watching over us with a twinkle in his eye.”