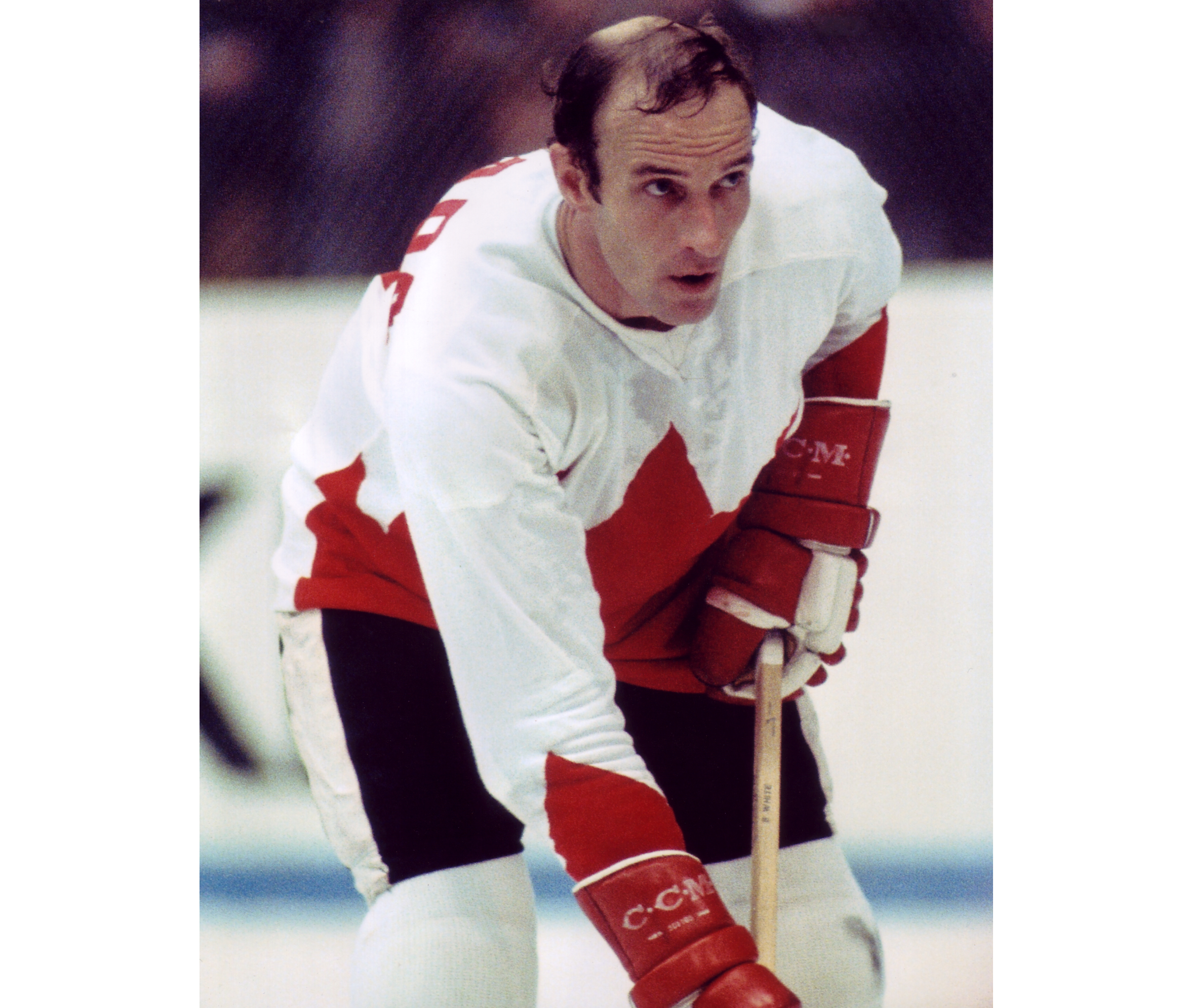 Beacher Bill White a member of Canada’s national team for the 1972 Summit Series against the USSR. PHOTO: Contributed

Bill White, a Beacher, NHL all-star and member of Canada’s legendary 1972 Summit Series hockey team, has died at the age of 77.

White started his career playing for the Weston Dukes for the 1955-56 OHL Junior B season. According to an article in Tech Talk, the Danforth Tech Society’s publication, White made it to his OHL practices that season by getting a ride from fellow Danforth Technical Institute students. White was promoted to the Junior A Toronto Marlboros the following year.

White spent seven seasons in the AHL. After the 1967 NHL expansion from six to 12 teams, White started playing for the Los Angeles Kings, and was then traded to the Chicago Blackhawks during the 1970 season, where his strong defensive playing helped the Blackhawks reach the Stanley Cup finals in 1971 and 1973.

“The Chicago Blackhawks organization extends its thoughts and heartfelt condolences to Bill White’s family as we mourn his loss,” said a statement Monday, May 22 from the team. “He will be remembered as a leader, generous teammate and tough player to play against. His energetic style helped the Blackhawks see great success during his tenure with the team.”

While still in his career with the Blackhawks, White was chosen as a member of Canada’s national team for the 1972 Summit Series against the USSR, a series which, as many Canadians know, came down to the final game. White not only scored his first and only goal of the series during that important game, but was also put on the ice to help kill the remaining 34 seconds which separated Canada from a win. White was able to hold the Russians off, winning the Canadians the series.

After his success in the summit series, Balmy Beach Club members staged a “Bill White Appreciation Night”, attended by White and several Chicago teammates. According to an article in the October 12, 1972 issue of Ward 9 Community News (now Beach Metro News), the club was packed.

“A lovely guy,” said Bob ‘Red’ Lipsett, a fellow beacher and friend of White. He recalled that once, a friend of his son’s was at Birchcliff Public school doing a presentation on the Summit Series.

“He asked me if I could get a hold of Bill and if he would help in any way,” he said. “And Bill went out to the presentation. He went out of his way just to go there when the boy was presenting it, and it was terrific, really.”

White retired from playing following a neck injury he received during the 1976 quarterfinal against the Montreal Canadiens. Although he returned to the Blackhawks to coach for the last four months of the 1976-1977 season, but said that coaching “wasn’t for [him]”. White eventually returned to the Beach and went into the plumbing wholesale business, making quotes on condo and apartment buildings. He is survived by his five children and many grandchildren.