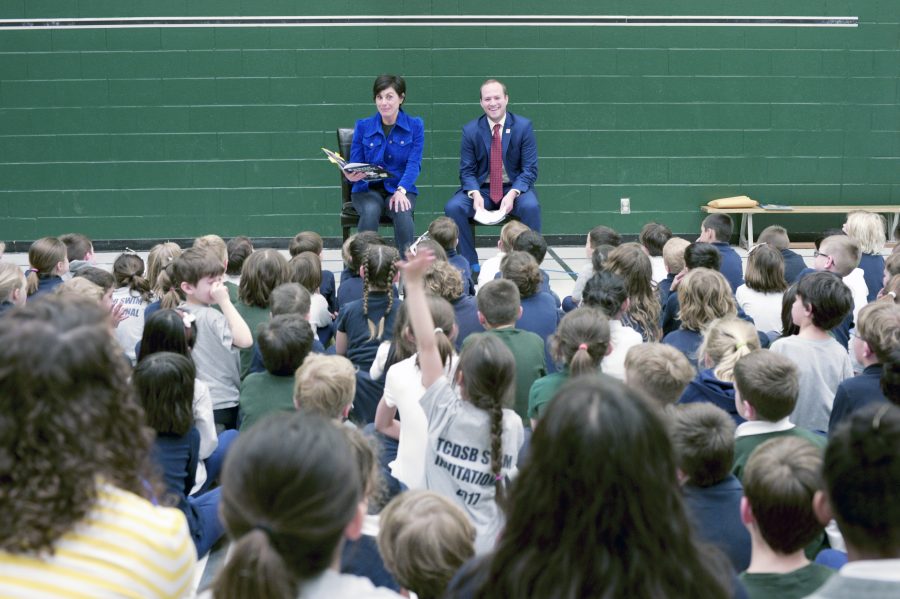 How long would you need to read 150 pieces of Canadian literature?

If you’re a student in Ms. Pearman-Smith’s Grade 5 class at St. Brigid Catholic School, the answer is: not long.

The class was the first to complete Beaches-East York MP Nathaniel Erskine-Smith’s Canada 150 Literacy Challenge, which is encouraging classrooms in the riding to read 150 pieces of Canadian literature – not only novels, but news articles, poems, speeches, and more – to celebrate Canada’s 150th birthday this year.

Classes who complete the challenge are awarded certificates and Canada 150 memorabilia, and are entered into a contest to win a trip to Ottawa to tour the parliament buildings with Erskine-Smith.

The Liberal MP, speaking in the gymnasium at St. Denis Catholic School April 19, one of several schools to take part in the challenge, tried to drum up a friendly rivalry between the schools by mentioning the enthusiasm at St. Brigid’s.

He said the Canadian literature challenge was a relatively simple and inexpensive way to teach young Canadians about history on the sesquicentennial. The initiative, picked up in a handful of ridings, was first conceived by Erskine-Smith’s seatmate, Liberal MP Neil Ellis, the former mayor of Belleville.

At St. Denis, Erskine-Smith spoke to the students about the role of government and politics before reading a poem he wrote about being a picky eater when he was in grade school.

He was joined by local author Loredana Cunti, who has co-authored two books with astronaut Dr. Dave Williams. She read from To Burp or Not to Burp: A Guide to your Body in Space and her latest book, Go for Liftoff: How to Train Like an Astronaut, to the delight of the enthusiastic student audience.

What piece of Canadian literature would you encourage students to read? (Remember, you can be creative.) Tell us your suggestions at beachmetro.com.