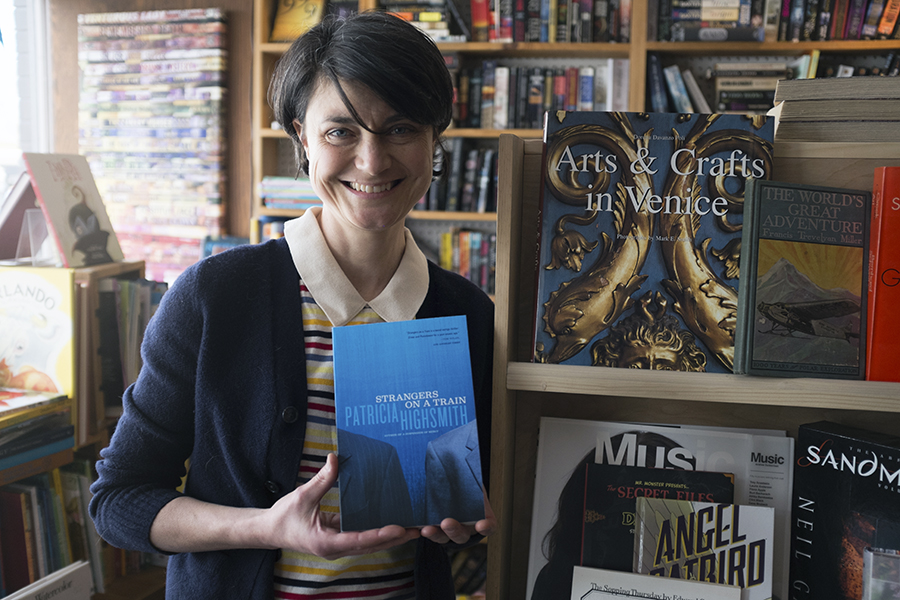 When Katya Nosko, owner of the Great Escape Book Store on Kingston Road, began planning the launch of the store’s 1st Annual Book and Film Club, screening Alfred Hitchcock’s film adaptation of Strangers on a Train April 19 at the Fox Theatre, she figured part-one, the book club portion, could likely meet at her apartment.

She did not expect that she would have to cap the book club at 50 participants, book a room at Kingston Road United Church for the April 12 discussion, and place multiple orders for more copies of Patricia Highsmith’s novel, at times on backorder. “It’s not an easy book to find,” she laughed, noting that she is “thrilled at the response.”

Long an advocate for clever, provocative arts and community-building events in the East End, Nosko sees the bookstore as a “vessel” to bring a slightly academic and different twist to established forms, like her take on the book and film club. She is purposefully choosing classic books and films that can stand alone from each other, meaning the two events will have independent vibes while complimenting each other.

She’s booked Professor Kathleen Cummins to lead a discussion of Hitchcock’s film after the screening at the Fox and the theatre will stay open late and continue to serve refreshments for a social. “The community can really take advantage [of the space],” she said. “It’s open for us afterwards.”

It was important to Nosko to book the Fox Theatre for the event. “I love the Fox, it’s such a treasure,” she said. “It has such a history here.”

The works she selected also have a rich history, with themes that are timely. While she has a long list of books and movies she could draw on – this idea has been bubbling around for several years and she’s been a consumer of books and film for as long as she can remember – Nosko decided to “come out with a bang” with Strangers on a Train, encouraged by a talk led by Guillermo del Toro on Hitchcock at TIFF.

“It reinforced my love and appreciation of Hitchcock,” she said.

Highsmith, the author of the 1950s psychological thriller Hitchcock adapted, has been experiencing a resurgence of late thanks to director Todd Haynes’s adaptation of her novel, The Price of Salt, called Carol in 2015.

“It just sort of coalesced with that,” she said. Hitchcock is “one of the most visually arresting and successful directors of our time. When we mention directors, who is often the first director we ever mention? Hitchcock. Why not start with that? We don’t have to build to something, we can just come out of the gate.”

A lot of Hitchcock’s movies came from books, she said, noting Rebecca, his first American project.

While the book club portion of the Book and Film Club is capped, there is plenty of room at the Fox Theatre on April 19. Tickets will be sold at the door for the 7 p.m. show.