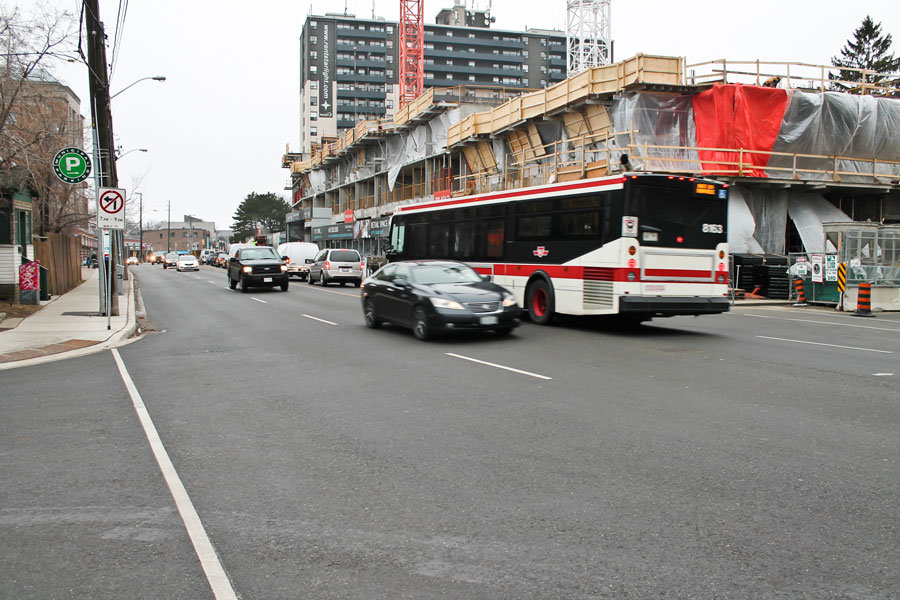 Drivers in the East End may want to double check the signs before parking the car.

The City of Toronto announced today changes to parking and turning regulations along Queen Street East and Kingston Road, among others, in an effort to minimize traffic congestion during peak-periods and improve the flow of traffic and streetcars.

The initiative is part of the city’s larger Congestion Management Strategy which is making a number of changes to city traffic regulations over the coming months. Similar changes have already been made downtown.

Residents should be aware of the following changes, all of which go into effect this week, with new signs currently being installed.

Although, Steve Johnston, strategic communications with the City of Toronto said they are currently in a transition period and “there [will be] a period of education prior to enforcement.”

What do you think about these changes? Leave us a comment, below:

The “no parking” hours should be extended 2 hours more, both eastbound & westbound for much further than Woodbine to Wineva.

I can top that Mr Harvey: I think no parking should be allowed anywhere, ever!

I completely agree, especially on highways like Gerrard St E.

What about westbound Queen? It needs to be extended, have been asking for it for years!

Looks good to me. But allowing more west bound traffic flow east of Main is rather pointless if it is immediately congested on the west side by condo construction. I would like to see the city increase fees charged developers who block lanes for months/years. Maybe something on the order of $10K per day (or more?) would be about right. It may well be the city cannot block developers from building whatever they want, but maybe access to precious road space can be limited by charging crazy fees.

That’s all great. In addition What is the city doing to reinforce the no parking on the eastbound Danforth between Broadview and Coxswell ?

Eastbound from bottom of Kingston rd to birchmount from 3 to 7 p.m.

Let’s ban parking all together, should but the final nail into the small business coffin

As long as condo developers and contractors are allowed to do whatever they want -close/block lanes, park illegally- any changes will have minimal impact on traffic flow

This story provided inaccurate info. In front of St.John’s Catholic Church on Kingston Rd there is 2 signs one of which indicates there is no standing/parking from 10 in the morning until 6 pm seven days a week. Today, Sunday April 23, 2017, this was enforced and several cars received $60 tickets for parking in a prohibited zone. I guess someone on the sunshine list has justified their pay. I wonder if the cars for the funeral on Tuesday will be ticketed? How is it that except for around one condo development there was no changes? The city is part of the problem as they use the excuse that they don’t want to fine developers because the costs would be passed on to buyers. Complaints about lane blocking fall on deaf ears.

I am sick to death of Toronto only wanting to build condos, increase density, & ticketing…pay no attention to the waterfront development like other cities in the world do in a beautiful way in the way of restaurants, entertainment areas and the like…sick of the cash grabs from parking signs meant to deceive, meters, etc., (with no regard for Churches, communities, or schools) and pure greed from the developers, the city, unions…sick to death of it. There is no such thing as planning, look what they are doing on Wellington St. W. for example…more condos, even on top of a heritage building…the people in this department are obviously on the sunshine list for increasing density, and not for using their head, or giving a hoot about heritage or green space city planning for the future of our city. Thank goodness for the philanthropists that are building the greenspace park area around Bathurst & Fort York/Spadina area. If it wasn’t for them…more high rise condos and cement…dumb, dumb, and dumber & now the condo owners are complaining about noise…no wonder…look how close they built to the Gardiner…dumb, dumb, and dumber. Like Joni Mitchell said…they paved paradise & put up a parking lot, all for greed $.