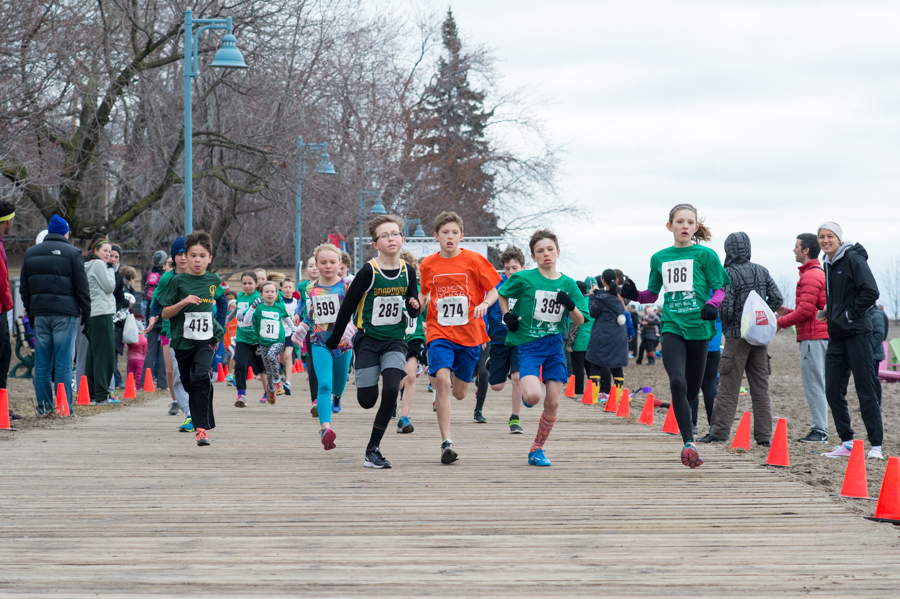 While it is billed as a fun race, and there were certainly plenty of smiles and relaxed entrants, some still turned out to compete. And compete they did, with a close 15 minute 5 km finish for the first people to cross the finish line.

Top overall male in the 5 km race went to Simon Egzaw with a time of 15:10, narrowly beating Robert Lawand, milliseconds behind him, and Ethan Davenport in third at 15:12.

In the children’s 2 km race, Charlotte Watson finished as first female with a time of 7:38. Jamie Perkin was first male with 7:04.

The largest registered track team was the University of Toronto Track Club with 56 racers – all of the top three male finishers and top three female finishers were part of UofT track. The Beach’s own Williamson Road School was the largest school registered with 48 participants.

After the races, runners were treated to massages and a BBQ at the Balmy Beach Club as well as an awards ceremony with prizes and photographs with Beach officials.

View a gallery of scenes from the race: