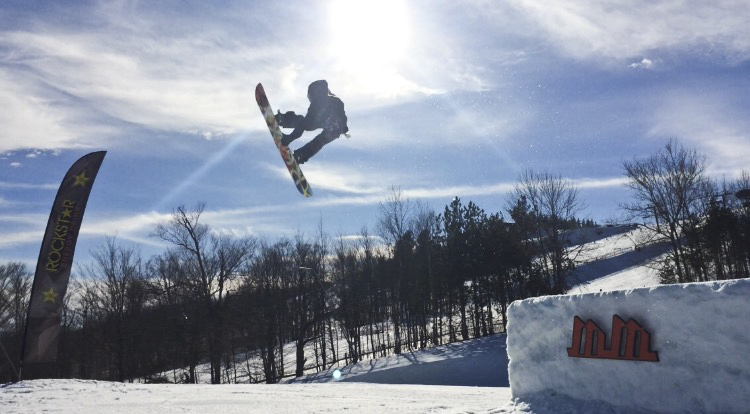 Beacher and Malvern Collegiate Institute student Sommer Gendron will soon be headed to the Czech Republic to represent Canada in the World Juniors.

“[It’s] such an honour to represent Canada,” she said. “I’m really proud. I’m really excited for it.”

She’s been competing for some time – she recently returned from three national competitions in Ontario and British Columbia – and this will be her first global competition.

“I’m most excited to see everyone there, see how all the different countries compete against each other and go with my friends and see how we all do,” she said.

The Grade 10 Malvern student has been on skis since she was three but started slopestyle snowboarding when she was eight years old.

Though she initially began racing on skis, it was a combination of creativity and big jumps that drew her to the sport of slopestyle snowboarding, said her mom, Adele.

It’s a sport that may sound intimidating to some but despite feeling nerves from time to time, Sommer said she simply visualizes the run in her head, takes a couple of deep breaths and focuses on having fun on the hill.

“I do get pretty nervous sometimes before I compete but I just really love the sport so it doesn’t stop me,” she said.

And it’s a good thing it doesn’t because for Sommer, the opportunities are boundless.

She recently gained snowboarding company Burton as a sponsor, “and that’s a pretty big deal,” said Adele. “She’s the first girl in a while that’s been sponsored by Burton in Ontario. They usually just pick up the boys.”

Having been a traditionally male-dominated sport, Adele is proud of Sommer for following her passion in the field and being part of “growing the sport and acknowledging that there are possibilities for girls in it.”

But it’s not all fun and games.

“She now trains at Mount St. Louis (north of Barrie). It’s pretty interesting to witness how hard she works,” she said. “My car is always packed Friday morning even before I get up and even if it’s raining. It’s like you can’t really do this unless your heart and soul is focused and driven and you’re willing to take the beatings you take and keep going.”

As for her future goals, Adele said Sommer has had her eye on the Olympics since she was six.

Though it’s been a long time and a great deal of dedication, “now it’s kind of unfolding,” she said. “It’s been hard because it’s been years and years of competitions and driving and competing, and then this year it’s kind of like, boom! Possibilities are opening for her and all that hard work is coming into fruition. It’s a point of possibility for her.”

Sommer heads to the Czech Republic March 25 and said she’s “really excited to represent the Beach. I’m thankful for [the community’s] support.”