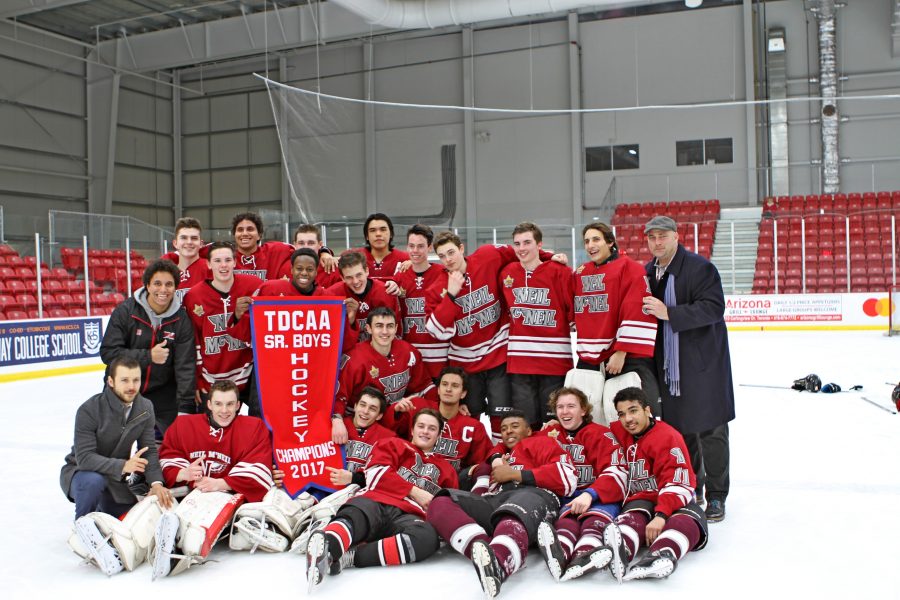 It’s been an exciting season for hockey leagues at both Neil McNeil High School and Malvern Collegiate Institute.

In an unprecedented play, Neil McNeil recently took three teams – upwards of 60 students – including their Junior, Senior and Varsity teams to the TDCAA (Toronto District Catholic Athletic Association) championships. The Juniors won 3 – 0 over Chaminade High School for the second year in a row, winning the championship, while the Seniors glided to the top with a 6 – 0 win against Bishop Allen High School. The Varsity team suffered a 5 – 4 loss against Toronto Prep School.

The Seniors will now advance to the OFSAA (Ontario Federation of School Athletic Associations) championships on March 21 in Mississauga.