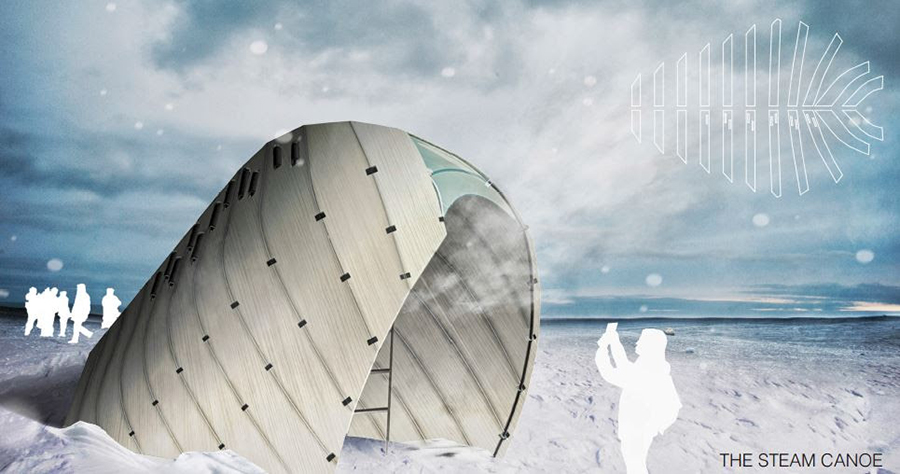 Those who were privy to last year’s Winter Stations displays at the beach may recall one particular structure heating up Woodbine Beach.

The Steam Canoe project — created by OCAD University — was made to resemble an upside down canoe and incorporated solar tubes on one side, which were designed to turn snow into steam.

Since showing at the Winter Stations event, the structure has been refinished and has remained on display at OMI Sculpture park in Ghent, New York.

Most recently, the structure was nominated for the Architizer A+ Award — an award that celebrates the year’s best and most innovative architecture from around the world.

One of five structures to be nominated in the ‘Pavilions’ category, The Steam Canoe is the first structure in the world to have used grip metal/metal velcro in their design.

To vote for The Steam Canoe, visit  https://vote.architizer.com/PublicVoting#/winners/2017/typology/cultural/pavilions

Voting will remain open until March 30 with winners being announced on April 11.