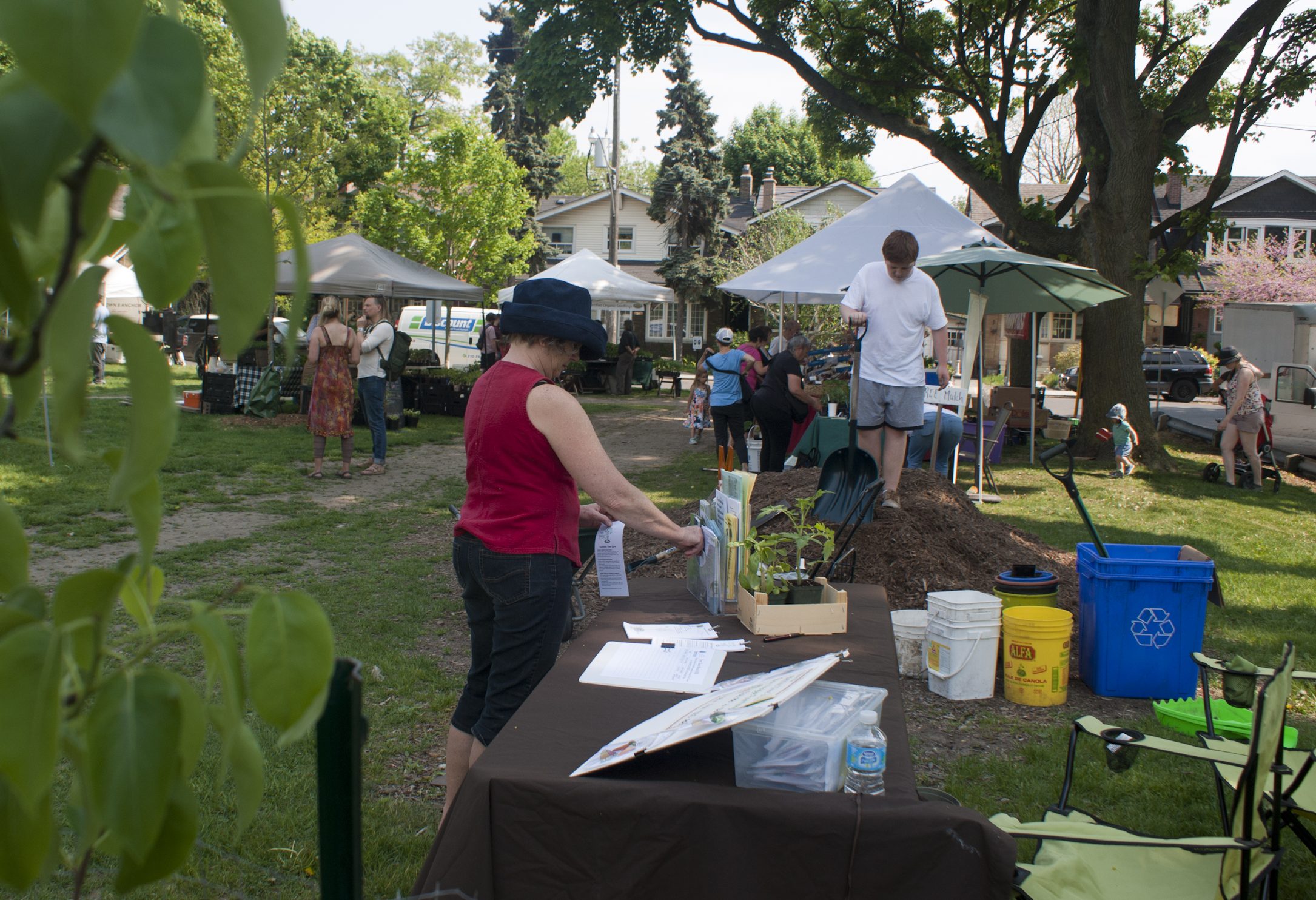 On the eve of planting season, the future of the Fairmount Park Farmers’ Market is in question once again.

The community-run market offers seasonal local produce and products, kids activities, and live music Wednesdays throughout the summer and early fall at Fairmount Park on Gerrard Street and Beaton Avenue.

A year ago, a lack of available volunteers left the organizers asking the community for help at the last minute. This year, the market faces questions about its location — an issue that first came to light last season.

Organizers of the market announced March 6 that they would not be returning to the park this year due to ongoing park construction that will include upgrades to the sports field, wading pool and tennis courts.

Frequent visitors of the market can take some solace in the fact that organizers have every intention to continue, but where they will do so is yet to be determined.

“We have been looking at alternate locations since last season in preparation for construction,” said market director Kim Antonius in an email.

But while they have been prepared for the construction, they had “very little notice of the fact that it would be starting early and that it would take as long as [the city] have said,” she said. “From the communication that we have received, it will start in the spring as soon as the fields are dry enough and could last well in the summer depending on the weather.”

Because much of the construction will be taking place in the southwest corner area where the market typically resides, power and water will be cut off rendering the area unusable.

According to Antonius, they are currently in talks with ward 30 councillor Paula Fletcher about moving the market to Greenwood Park.

While Ted Reeve Park at Main and Gerrard and Wildwood Crescent Park, north of Gerrard at Woodbine, were considered as options, they were quickly ruled out.

“The city indicated that the fields [at Ted Reeve] were too booked to accommodate a farmers market,” she said of the popular baseball field. In the case of Wildwood Crescent, Antonius said it “has no main street visibility, running water, public washrooms, or an electrical box that can accommodate our needs.”

Where would you like to see a farmers’ market? Tell us in the comments.

Orchard Park! At least it would still be in the same neighborhood! Greenwood park is too far for the Fairmount Park community!

What about Orchard Park right on Dundas?

How about Norwood Park on the east side? They have public washrooms and great space

Agreed! Orchard would be the perfect back up location.

Orchard park would be perfect.