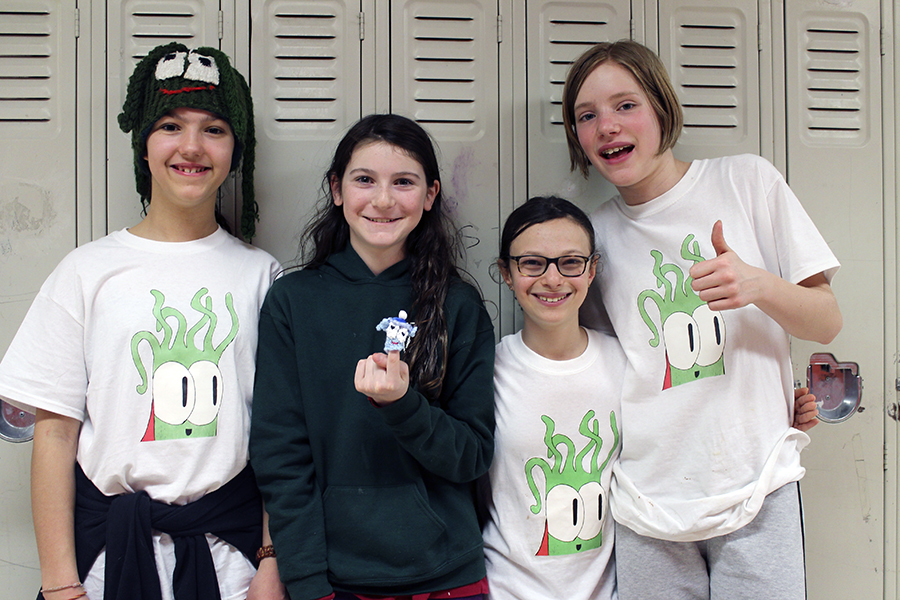 Although the Toronto International Film Festival (TIFF) is still months away, Bowmore Public School students are well past the editing suite when it comes to preparing their own original films for the festival.

The students have created and will be submitting films to the TIFF Kids Jump Cuts Young Filmmakers Showcase, which offers them a chance to have their film showcased at the TIFF Bell Lightbox this spring.

To celebrate Canada’s sesquicentennial, the competition, which has only been open to residents of Ontario in the past, is this year accepting submissions from across the country. The films will be judged based on two divisions: Ontario and National, and in two categories: Grade 4 to 6 and Grade 7 to 8.

On February 24, Dale Davis’s Grade 7 class held their own TIFF celebration, baking chocolate goodies in the morning and screening their films in the afternoon.

According to Davis, there were about 10 different films based on all sorts of topics, ranging from science to bullying and mental health.

One group of students was inspired by a trip to the Rouge River where they learned about water quality.

Davis said they were told to pick a Benthic Macroinvertebrate – organisms with no backbone – to study.

It was then that Grade 7 student, Bella Zorzit discovered the hydra – “it’s an animal, it’s small and it lives in freshwater,” she explained. The hydra is interesting to many biologists because of its regenerative ability and the fact that it neither ages, nor dies of old age.

Zorzit herself was so intrigued by the hydra and its “superpowers” she decided to build her science project around it, naming her own cartoon version “Hermy the Hydra”.

And as one would have hoped, they used their new collection of finger puppets to bring Hermy the Hydra to life with their film project.

Leigh Hannah, another student in the class, bravely shared her film titled “Anxiety”. The film was based on her own experiences with anxiety and depression, and followed her through a year in the life.

Julia Pizzirusso created a film about peer pressure and the toll it can take on young people.

All films will be judged by a panel of film-industry professionals who will select the winners based on proficiency in form, expression, experimentation and content. Finalists will be screened twice at the TIFF Kids International Film Festival in April 2017.