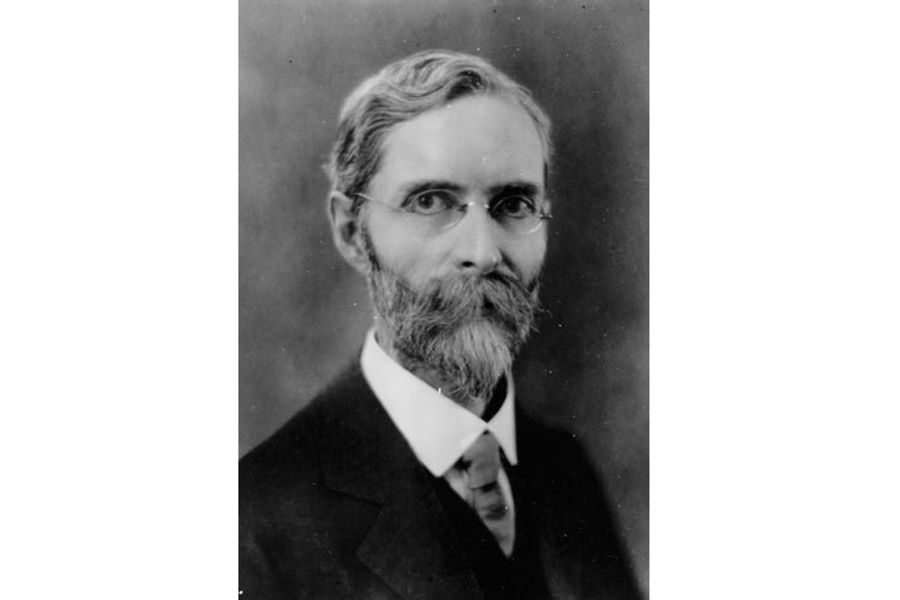 The architects of Canada’s greatness are the many Canadians who contributed to its arts, science, technology, and agriculture industries through literature and inventions. In honour of the country’s 150th birthday, Beach Metro will be profiling different people who were a part of the growth and stability of this country, our Canada. A lot of these people lived, were born, or grew up in the East End and the Beach area. I will try to do justice to so many that helped Canada economically, militarily or through contributions in athletics to become part of our mosaic culture.

One of these Canadians was Sir Charles Edward Saunders, one of the last Canadians to be knighted for his contributions to agriculture, not only in Canada but in other parts of the world, as well. Sir Charles Saunders is one of those people who many of us have not heard of, but his accomplishments in agriculture and especially developing a strain of wheat that fed hundreds of millions of people through the years are worthy of celebration.

The name of this strain of wheat was called Marquis Wheat.

Without it, Canada’s west would not have been our bread basket and the farmers and wheat producers would have been in great trouble.

Advances in agriculture have been crucial for mankind to feed billions of people – and thanks is due to talented people like Saunders, who helped develop this strain of wheat and then painstakingly went through life almost unknown.

Saunders was born in London, Ontario on February 2, 1867 and died on July 25, 1937. It is a remarkable occasion when we have this great Canadian born in the Confederation year of 1867.

Saunders was educated at the University of Toronto and John Hopkins University where he was a brilliant student and dedicated himself to his studies. He became a professor of chemistry, just one of his many academic talents.

He devoted himself to many experiments in science and agriculture. It was recognized by some that his talents lay in agriculture. He became involved in the Experimental Farms Service and started his career in 1910.

Saunders improved Canada’s Dominion because he persevered in his quest to give the farmers of the west a hand up, so to speak. Canada in the late 1890s and early 20th century, like many other countries, had trouble feeding its population.

But our prairie agricultural pioneers were blessed by Saunders who opened the “gates of wheat” for them. It was not an easy task. He and his brothers spent summers selecting individual heads of wheat that would help, to no avail. Saunders kept experimenting with seeds and plants – some from red fife, some from other types of plants. Others would easily have given up. He kept experimenting, mining this strain with that strain, sometimes chewing and tasting the seeds to see how they were. He kept this up constantly for years.

He went through many types of small loaves to measure volume – his mind was like a modern day computer. He checked with other people who tried experiments but none were to his liking. Finally a breakthrough in 1907. He sent a strain of wheat which he called Marquis to be tested. It was the best news. Saunders had discovered a great success.

One must realize that there were many other types that were on the market such as Red Fife, but it didn’t fit the bill. Marquis wheat was the toughest strain of them all and its discovery and use was due to the diligence of Saunders.

In the beginning, Saskatchewan and Alberta had growing pains, in part because we were a young country with a young wheat problem.

But 1909 marked the beginning of prosperity for Canada and the western provinces. Marquis wheat was the sturdiest strain by 1920. Ninety per cent of the wheat grown in Canada was Marquis wheat. This great agricultural contribution went to all different parts of the United States and the world.

This type of wheat made the western farmers one of the best in the world for years to come. Prosperity came to the west and built Canada into a great wheat producing country – all through the many years of experiments of Saunders. Think of all the billions of dollars that our great nation has received – not to mention the ability to feed our nation, Canada – due to Saunders and others like him.

Saunders was never a great physical specimen. He suffered a great deal, and the many years of sacrificing his time and energy was taking a toll on him.

In the 1920s he suffered a great physical breakdown and stopped his work at his doctor’s insistence. He moved to the great city of Toronto, here in the Beach on Munro Park where he died in 1937.

In the years before he died, the world showered him with honours. One of the best honours was when he was knighted by King George V in 1934 – one of the last ever Canadians to be knighted – for his great contribution to Canada and the world.