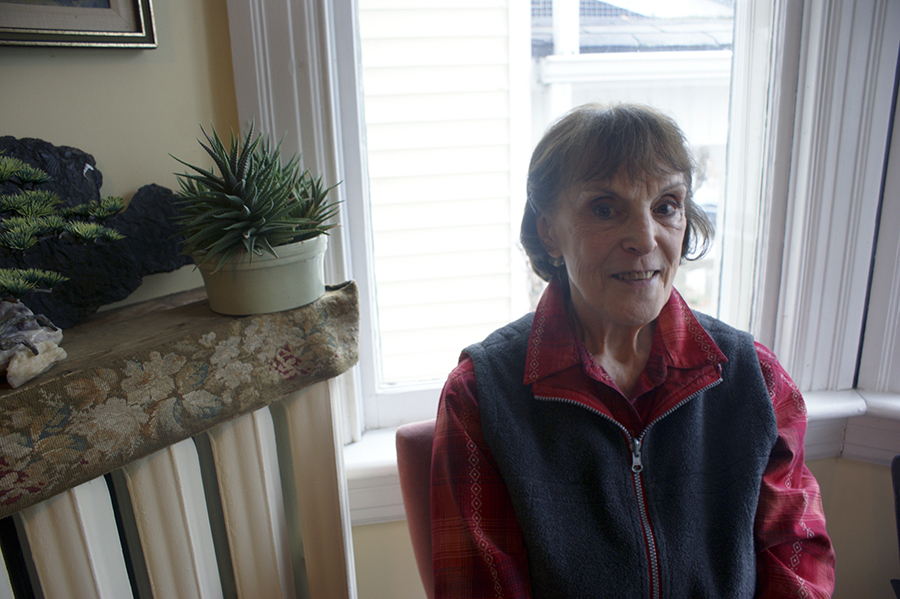 The author fled her home country of Hungary in 1956 when she was in her mid-twenties. This is the story of her daring escape, the first of a two-part feature. Read part two here.

I couldn’t fall asleep. The prickly straw bag on the floor seemed even more unpleasant than usual. Yet it wasn’t the physical discomfort that kept me awake, nor the heavy smell emanating from hundreds of unwashed human bodies crammed into the gymnasium “dormitory”. It was the excitement of what lay ahead. After fleeing my home country of Hungary, I was to leave the Austrian refugee camp at dawn.

The arrangement was simple. A rickety, open-panel truck was going to Vienna, carrying produce for the marketplace. There would be enough room left among the sacks and crates for the four of us to squeeze into. Crossing the Alps in late November is a chilly proposition, particularly if you lack proper clothing, but the prospect failed to cool my enthusiasm. The only thing that mattered was that from Vienna we could go on to Canada and a new life.

I glanced down at the sleeping figures with whom I shared my mattress. My sister was sound asleep, as usual, but her husband stirred uneasily in his sleep. He was probably dreaming again of our capture and imprisonment. I don’t think it is possible to forget that kind of experience. The fear I felt when we were herded off the truck, was still with me.

I remembered with particular clarity the intimidating uniform of the Russian major, and the look of wicked glee on the face of his interpreter. Though he was wearing his “civies” and had been drinking, it was obvious that he was a Hungarian secret-policeman.

The questioning and search seemed to go on endlessly, though I’m sure it took no more than half an hour. When they found the hunting knife hidden under the seat of the truck, my heart sank. That fool, whoever it was! Now, all 12 of us will have to pay for his mistake. Our cover story – trying to find food in the country – would hardly sound very convincing in view of this discovery. (Not that the major actually believed our story anyway.)

Our prospects seemed grim, but then, quite unexpectedly, we got a lucky break. Long irritated by the drunk interpreter’s incompetence and meddling, the major finally decided to hand us over to the regular police until he could find another interpreter. The regular police gave us a second body search, and because of the lack of accommodation in the tiny provincial jail locked us all up in the same room.

It was an early November evening, damp and cold. A big old wood burning stove stood in the corner of the reception cell, but it was not working. Most of us hadn’t eaten since morning. We huddled together for warmth and comfort. It was incredible. This group of strangers, of whose existence we were not even aware of a few hours ago, now lay close to us in every sense of the word. Our shared fate made us instant friends. And yet, underlying this feeling was the fear that any one of them might be an informer.The eerie quiet of the dimly lit room was barely disrupted by the soft buzzing of voices. Every so often a voice would rise in emphasis, only to drop back to the level of murmur again.

We were trying to decide what to do next. Essentially, there were two opposing views: one resigned to the situation, the other determined to find a way out. We three sided with the escape group.

Miki emerged as the leader of the escape faction. He and his cousin Gus participated in the Hungarian revolution. Surrounded by Russian troops, they escaped by jumping out of a third floor window. This explained why these two were so reluctant to face an investigation and also why Miki limped so badly. His right heel was shattered.

Others also told stories about their reasons for leaving the country. We compared notes.

Suddenly we all fell silent. The rattling of the key in the lock told us we had a visitor. It was the police guard. He looked us over thoughtfully. We too tried to size him up. He had the round, rosy face and unhurried movements of a country boy, and when he started talking, his manner was easy going and friendly. Despite this, we didn’t let down our guard.

He sat down on one of the two chairs and told us that the major had found another interpreter and would be back by 10 a.m. to start the interrogation in earnest. Not only that, the Ruskies were upstairs celebrating our capture by getting thoroughly drunk.

At this point, one of us got up enough nerve to ask him about the possibility of getting some firewood. The guard shook his head; there was no wood for the prisoners. Then he made the strangest proposition. He suggested that we smash up the table and the chairs and set fire with them. When he noticed our hesitancy in taking his advice, he decided to give us a hand. We were worried about the consequences but he assured us that the situation was too chaotic at this point for his superiors to question anyone about a few pieces of furniture.

I don’t know what felt better, the warmth of the fire, or that of his kindness. Now that we were more comfortable we were overcome by sleepiness. As the floor space was not large enough for all of us to lie down at the same time, we decided to sleep in shifts. My sister and myself being the only women, the men, with traditional gallantry, offered us the first shift. As it turned out, we never did get a chance to sleep on the floor.

The guard, who had left to make his rounds, returned. He told the two of us to follow him. We were understandably reluctant to be separated from the rest of the group, but he kept urging us to trust him and go. We finally relented but with great trepidation.

On the way to the solitary confinement cell, for that is where he was taking us, we found out what the reason for the urgency in his voice was. Apparently the Russians were getting rowdier by the minute and our new friend was getting quite worried about the possibility of them paying us a visit in the middle of the night. He was convinced that we would be safer locked up in “the hole” where there was even the luxury of a wooden cot.

He told us again that the major would be back at 10 a.m. and then added in a conspiratorial whisper, not to worry about it, as the curfew was over at seven. We found this last bit of unsolicited information rather puzzling. Was he hinting at something? A terrible thought struck us – maybe our holding cell had been wired and he overheard our plotting. This might be his way of letting us know that he was aware of our plans.

We had to keep in mind that despite his friendliness, he was still a prison guard. Surely he would not encourage his charges to escape! He might well be an agent provocateur. We would find out the truth in the morning.

The bare, narrow cot was the only piece of furniture in the place. There were two rough, gray blankets and one pillow on it. Considering the circumstances, we slept amazingly well.

Retching, accompanied by loud swearing, woke us in the morning. It was still dark outside and in the poor lighting we could barely make out the dim shape of a scruffy old man, bent over the rusty cold water sink across the corridor. The swearing came from the cell directly next to the sink. Apparently this was the only source of fresh water for the whole unit and the owner of the gravelly baritone took a dim view of the old drunkard’s use of the sink.

The hullabaloo brought the guard on the run. Within minutes, the sink was rinsed, the drunk returned to his cell and peace restored once more. As we were already awake, we asked to be allowed to rejoin our group. The police guard complied.

Back in the large cell we found the majority already awake. I hurriedly started telling Miki about the curfew hours, but he already knew. John and Laci, two people also in favour of escape, were talking to the guard. As I joined them, he was just telling them about the main entrance of the building being unlocked during the day. This was useful information, but the guard’s willingness to give us all of these details made us more and more suspicious.

I noticed from the corner of my eye that Gus was quietly moving behind the guard while the other two men were holding his attention. Just as he was in a position to grab the policeman, John, almost imperceptibly, shook his head. Gus hesitated for a second and then it was too late.

After the guard left, Gus was absolutely livid with anger. He accused John of being a coward and going back on his word. He felt we had missed our only chance at escaping because of John. It was only when John pointed out that the main gate was still locked and guarded that Gus finally calmed down.

Shortly after seven we heard the key turning again. The guard was going off duty and he wanted to say goodbye to us before leaving. We thanked him for his kindness. He smiled, turned around and left without another word.

It took a few minutes before we realized that this time none of us heard the familiar click of the lock. In the ensuing silence I could hear my heart pounding wildly in my ears.

As if following a soundless command, the seven escapees gathered around the door. One of us pressed the handle ever so gently. It gave! In a whisper, Laci offered to act as the scout. He was back within seconds and motioned with his head. Silently we followed him. How we found our way out of that building, I’ll never know. All I can recall is the incredible sense of elation I felt when I stepped outside.

Our luck held. By sheer coincidence we managed to escape on market day, the only time it was possible to find food without trouble and disappear in the crowd.

After the first rush of joy we realized how precarious our position was. The sidelong glances of the local people told us that we had been spotted as “city slickers”. As soon as our escape was discovered, the police would track us down without difficulty. We knew that we had to get out of town as soon as possible. But how?

Riccarda Balogh fled her home country of Hungary in 1956 when she was in her mid-twenties. Read the second part of her story in the next issue of Beach Metro Community News.

Awell-told story that we do well to hear.
Thank you Ricci for reminding us how blessed we are, and blessed in having you and so many other refugees join us.