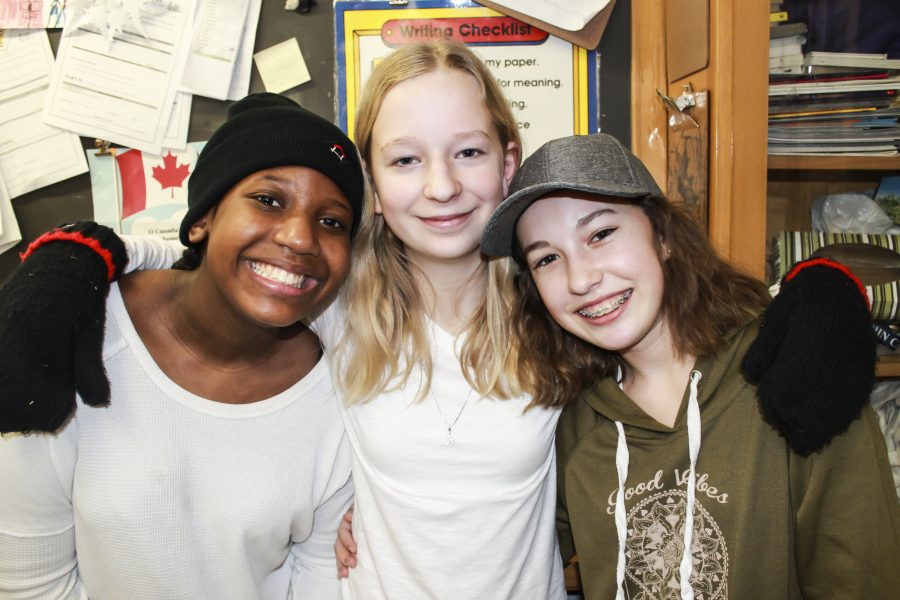 Now in its 20th year, Raising the Roof has become a go-to resource for conversations around homelessness.

It’s also a well-known name in the halls of St. John Catholic School where students have been donning the toques and fundraising for the cause for a number of years now.

On February 7, St. John students continued the tradition of participating in Raising the Roof’s Toque Tuesday — a nationwide event that asks students from more than 50 communities across the country to wear their gear to school in order to raise funds and awareness about homelessness in Canada.

According to Tralee Reford, a teacher at St. John, the students have been involved in the annual event for more than 10 years and have raised over $30,000 since they began fundraising. This year, they’ve raised nearly $1000 to go toward improving the lives of the homeless, Reford said.

Fifty per cent of these funds go to support almost 200 organizations across the country that work directly with people affected by homelessness in an effort to find long-term solutions to solve the problem.

However, any funds raised by toque sales in a community stay in that specific community — meaning funds raised by St. John, located on Kingston Road in the Upper Beach, go directly towards partner agencies in the Beach area.

Although the campaign and event remained the same this year, Raising the Roof itself is taking a slightly different approach and is now focused on the total eradication of homelessness in Canada as opposed to simply responding to the issues as they arise, as they did in the past.

According to the Raising the Roof Child and Family Homelessness multi-year report, the government currently spends $7 billion on emergency services or homelessness response.

At the top of this list is a strong focus on mental health. According to a 2016 report by the Mental Health Commission of Canada, approximately 1.2 million Canadian children suffer from a mental health issues. But of that number, less than 20 per cent receive the treatment required to improve their situation.

Though the toque campaign may be a simple concept, it has a powerful message — by working together to create awareness and end the stigmas attached to homelessness, we can help overcome it.

“The only thing more Canadian than a toque,” said Stephen Gaetz, Board President and Director of the Canadian Observatory on Homelessness, “is the generosity of our people who understand that homelessness is unacceptable, and a problem that can be solved.”