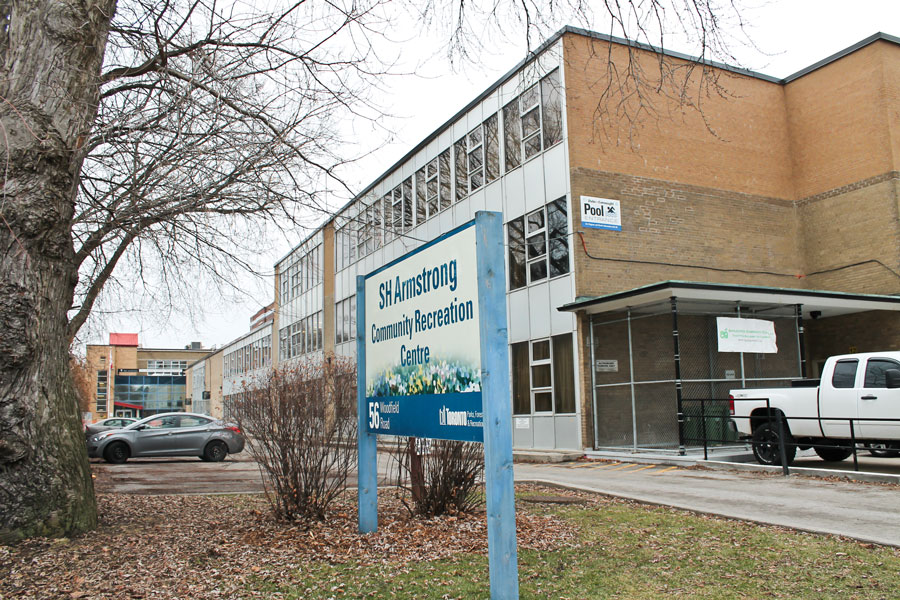 Residents rally to save S.H. Armstrong Community Recreation Centre after learning it could be one of the TDSB pools on the chopping block. PHOTO: Lara O'Keefe

The City of Toronto released its 2017 preliminary budget earlier this month and while the document was rife with financial details, it left many residents questioning the fate of community services in the area.

According to the preliminary budget overview, “the demand for public services is rising, especially in the areas of public safety, transit, housing and poverty reduction.” The document continues to outline the key strategic priorities of the city which include transit services, traffic congestion management and road safety, and anti-poverty initiatives.

But despite the acknowledgment that public services are a clear priority for Toronto residents, the budget simultaneously calls for the potential closure of some 36 wading pools, 12 outdoor pools, and 10 indoor TDSB (Toronto District School Board) pools.

While the preliminary tax-supported operating budget is said to be $10.46 billion gross, in July, city council approved a 2.6 per cent net reduction across the board for the 2016 approved budgets for all city programs and agencies.

East York residents were some of the first to raise the alarm bells after learning that S.H. Armstrong Community Centre, located next to Duke of Connaught Junior and Senior Public Schools, is one of the TDSB pools on the chopping block.

But according to Ward 32 councillor Mary-Margaret McMahon, the threat of a closure isn’t anything new.  “We’ve been down this road before with this pool,” she said. “We need to work harder to get the numbers up.”

Commenting on the power of community involvement, Ward 31 councillor Janet Davis noted that “S.H. Armstrong has been one of the pools the community has fought to preserve over many, many years. I think if the parents continue to organize the way they have so far, there will be a solution found.”

The centre offers a number of programs for children and adults and has a 25-metre swimming pool which plays host to swim lessons for all age groups, as well as a drop-in swim on Thursday evenings and Saturday afternoons.

Getting wind of the budget news Olympic gold medalist, Penny Oleksiak was quick to tweet her support for S.H. Armstrong, sending a message on the morning of January 10th that read, “It’s important to teach kids how to swim..It saves lives and is a good physical activity #TOpoli #saveSHpool #ToBudget Good luck to Duke.”

A short time after, the hashtag #saveSHpool began trending on Twitter, hinting that if S.H. Armstrong is one of the pools the city is considering closing, residents will not let it go quietly.

Confirmation of the pool closures is yet to be received but Mayor John Tory eased the fears of East York residents and let them know he is listening by tweeting a response to Oleksiak on January 11 that said, “Gold medal message received, @OleksiakPenny. I’ve asked Budget Chief Gary Crawford to find a way to save these pools.”

McMahon remains hopeful the issue can be resolved during the budget discussions on February 15 but explained that “we’re still in negotiations to sort it out, [we’re] trying to figure it out.”

Davis added that “the provincial government needs to be at the table too, to solve this. It is not just a city problem. The education funding formula must recognize swimming pool space as a legitimate facility that supports the physical education program of schools.”