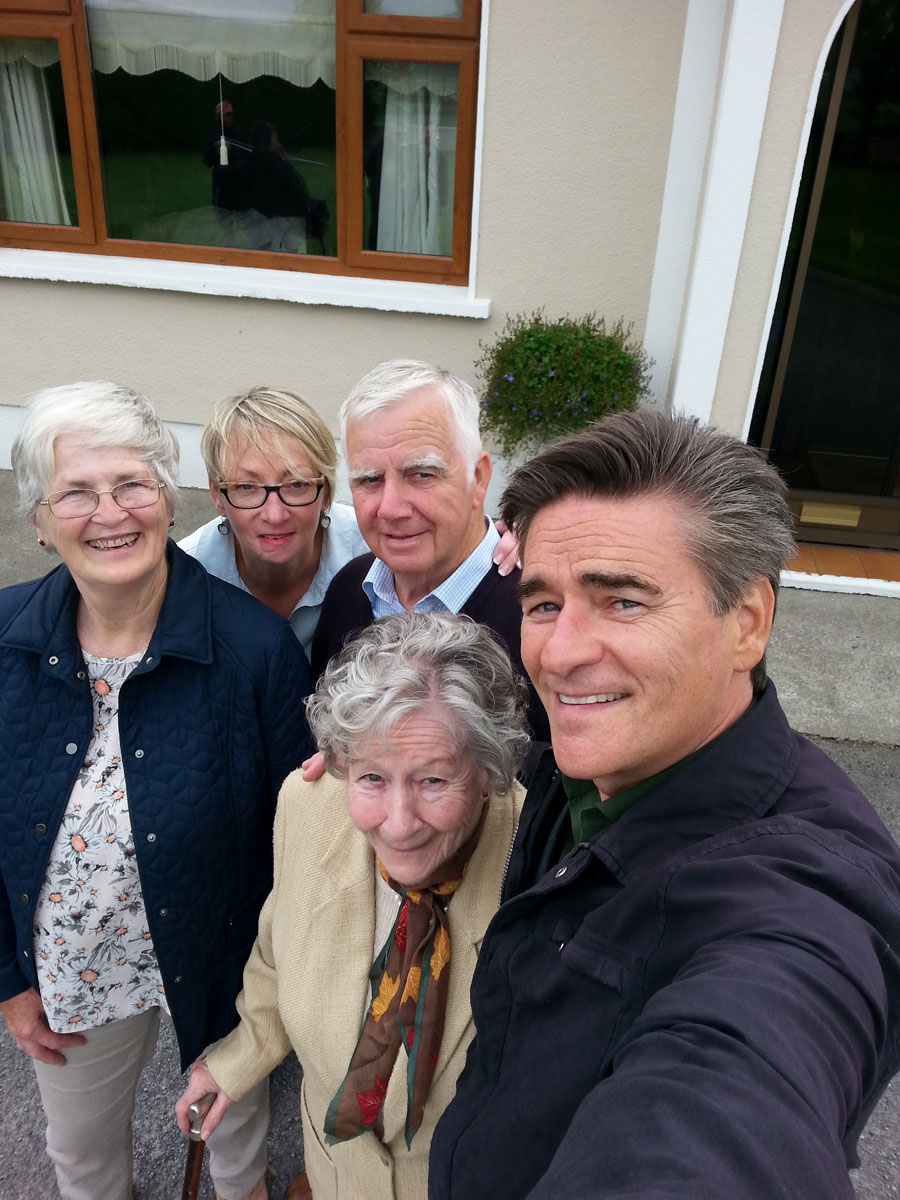 Canadian actor Peter Keleghan, right, with his mom, sister Rita, and aunt and uncle at his uncle’s bed and breakfast in Ireland. PHOTO: Submitted

“I am crazy about Canada, it’s as simple as that,” says Peter Keleghan in the opening scene of his new CBC documentary Once an Immigrant. His voice, and that of his sister’s, plays over a scene of the renowned actor and filmmaker, Canadian flag in hand, strolling the boardwalk on a sunny summer day.

Where does that passionate patriotism come from? Could it be from his parents – immigrants who embraced a new life in Canada, yet maintained a connection to their homelands?

Keleghan is determined to find out, and sets out on a journey to not only answer long-standing questions he has had about his parents’ lives and decisions, but unearth insights into the immigrant, and immigrant descendant, experience.

It’s a classic Canadian story, and a perfect kickoff to CBC coverage of Canada’s 150th birthday.

“It’s a very personal story of my parents’ immigration to Canada back in the ‘50s,” said Keleghan. His father is from Poland, his mother from Ireland, and Keleghan and his sister were born in Quebec, raised away from city life.

He didn’t set out to tell a personal story – the film began as an idea with the Globe and Mail’s John Doyle to tell a “bigger picture” story about the Ireland-Canada immigrant experience.

But after Doyle bowed out of the project and Keleghan paired up with Markham Films, he was pushed to make the story more personal, a move that resulted in him interviewing relatives in Ireland and placing his family’s story within the patchwork of other Canadian immigrant stories.

“At the end of the day it was a real gift to me and my family that I did this,” said Keleghan.

His family, as you can imagine, is a delight to watch, as are the various Irish personalities who help drive the narrative and provide context.

But Keleghan said interviewing relatives – particularly those from the old world, skeptical of cameras and too many questions – wasn’t always an Irish cup of tea.

“They were very wary of what I was doing and why I wanted to have it on camera,” he laughed.

That wariness is overcome and results in an intimacy to the interviews that is relatable, peppered with sage advice. Those interviews are woven with historical footage, Super 8 home movies – and plenty a Beach-scene, as this is the neighbourhood Keleghan calls home – to bring the audience a unique story that bridges generations and countries.

There are many compelling Canadian stories from many different cultures, and “there is a cross-section that is close to my own personal story. If that applies to a greater percentage of the population than me, then fantastic, that’s the plan. I made this as inclusive as possible, like the country, really,” said Keleghan.