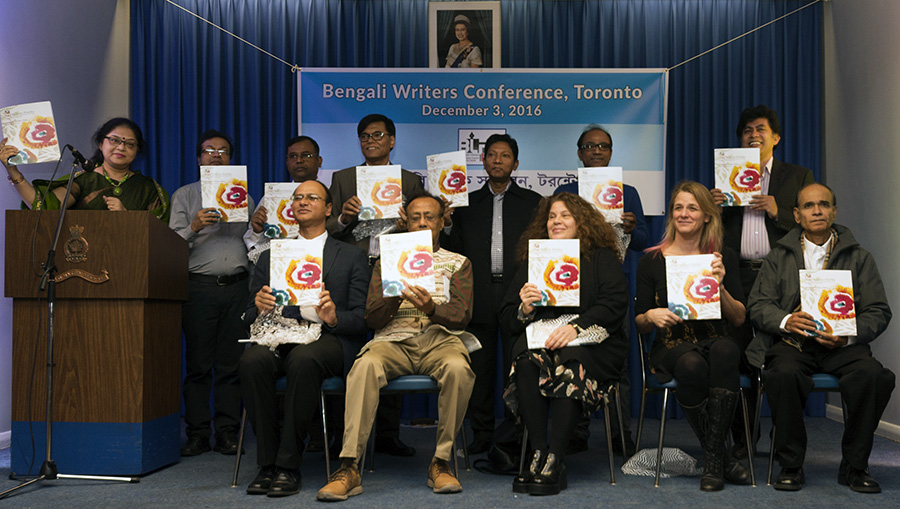 “Literature is our hope, language is our strength,” said Michaels, noting Bangla is one of around 150 languages spoken in Toronto. “Language and literature create the community… We want the community to grow and the writers play an important role in it.”

The conference, which included sessions and author readings, was also an opportunity to launch the inaugural issue of the bilingual (Bengali and English) literary journal BLRC Sahitya Potrika, featuring contributions by about 67 Bengali writers living in Canada.

BLRC describes itself as “a newly formed non-profit organization recognized by the Government of Canada.”