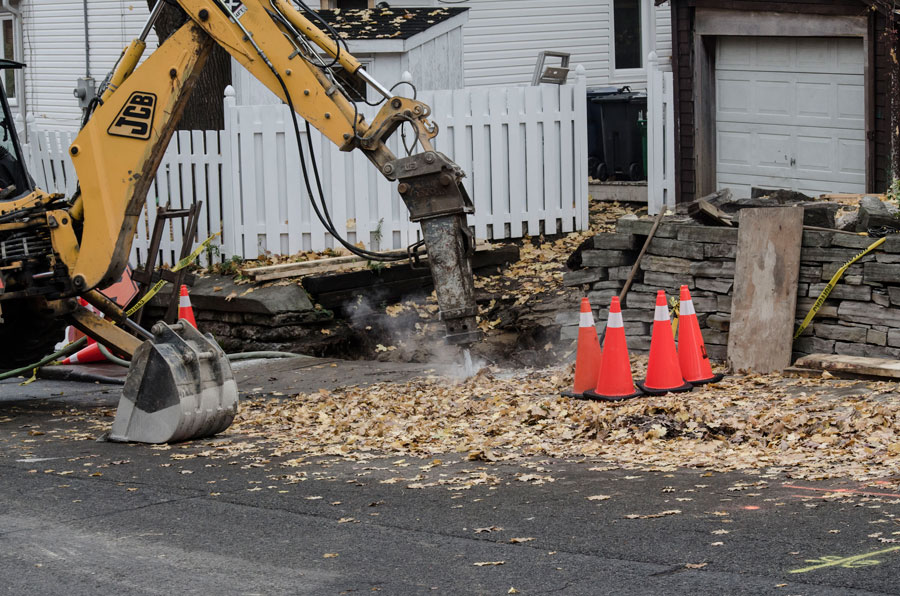 The city water department works to repair a driveway after a sinkhole opened up on the morning on November 15 PHOTO: Lara O'Keefe

A Beach Hill resident woke up to an unpleasant surprise after finding their driveway had transformed into a sinkhole overnight.

City workers were on the job early today to recover the car that had collapsed into the sinkhole and repair damage caused to the Golfview Avenue property.

Conroy Tracey, an employee with the City of Toronto water department who was on scene this morning, said the incident happened around 2 a.m. and was caused by a “broken water main.”

A portion of the road remains closed to traffic due to the incident.