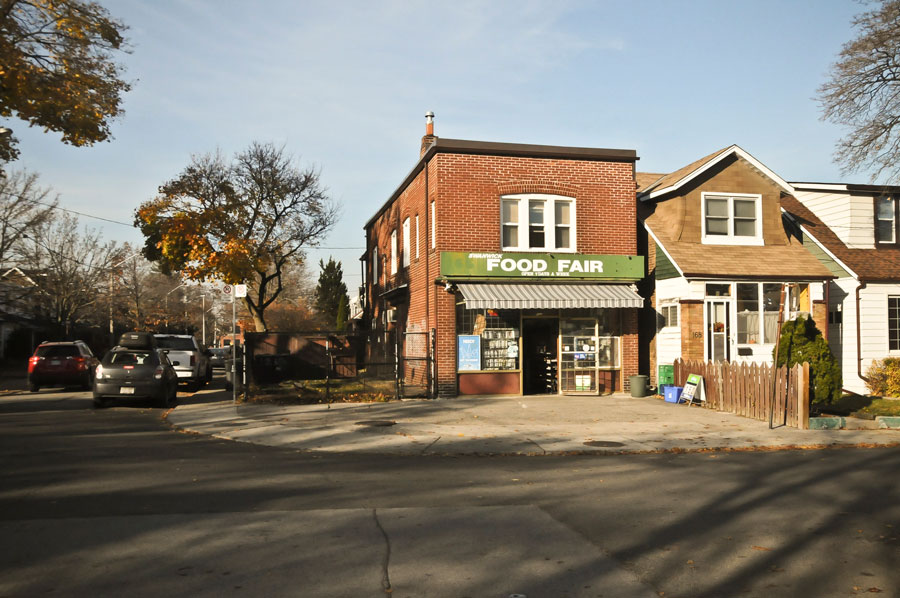 The neighbourhood Food Fair on the corner of Swanwick Avenue and Pickering Street. PHOTO: Lara O'Keefe

Beach residents were shocked and saddened to learn that James and Linda Lee, the owners of Swanwick Food Fair were assaulted and robbed at gunpoint on the evening of November 9.

According to the Toronto Police, two masked men stormed into the Food Fair, located on the corner of Swanwick Avenue and Pickering Street, attacking the couple as they tried to defend themselves against the assault and salvage the store, which also acts as their livelihood.

Krystyne Ferguson, who has lived in the neighbourhood near the Swanwick store for 17 years said she found out about the incident when she came home to find yellow tape and police cars surrounding it.

“I came home at about 6:30 p.m. on Wednesday, November 9 and there were cops and there were just a bunch of police officers with flashing lights around the store and there was a yellow police tape…I was a little shocked. I had no idea,” she said.

The situation became even more dire when James was attacked two days later on November 11.

“I found out from a neighbour that James was outside walking his dog in the greenspace across the street and he was punched in the chest by a teen boy and called names, you know like racist names, and spit on. So he’s … he’s pretty beaten up,” said Ferguson.

In response to the crimes, neighbours and friends of the couple have come together to provide money to the Lee’s in an effort to replace the money that was stolen, as well as provide them with a proper security system in the hope that it will prevent any future occurrences from taking place.

Ferguson, who shared that James and Linda are “a really important and integral part of our little community we have going here,” started a GoFundMe campaign on November 11 to help the shopkeepers who so many affectionately view as a special part of the neighbourhood.

“I am sure that us, as loving neighbours, can help a bit by contributing some money so that we can make this little corner store whole again…make things right…make it so the robbers don’t win….  and perhaps James and Linda can purchase a new surveillance camera to be installed as a safety measure,” she said on the GoFundMe page.

Jon Morrice, Crime Prevention officer with the Toronto Police 55 Division echoed the need for the installation of cameras stating, “quality surveillance cameras go a long way to both prevent and deter this type of offence.”

Ferguson started with a goal of $6,000 but in only three days was able to exceed the goal. To date, the fund has already raised over $6,500.

“People have been so generous,” she said. “People have been coming to my home offering money, [asking] what can they do to help – can they flyer the neighbourhood, can the schools get involved. It’s been very, very overwhelming and I actually set up the GoFundMe account hoping we would get about $500.”

Ferguson added that she had planned to take down the GoFundMe page at midnight on November 14, but due to the number of requests from generous supporters who still want to donate, she is now keeping it up until Friday, November 18. The proceeds will go directly to the Lee family once the GoFundMe page has been closed.

While the culprits have not yet been caught, Morrice confirmed the case is ongoing and is “being handled by the hold-up squad downtown.”