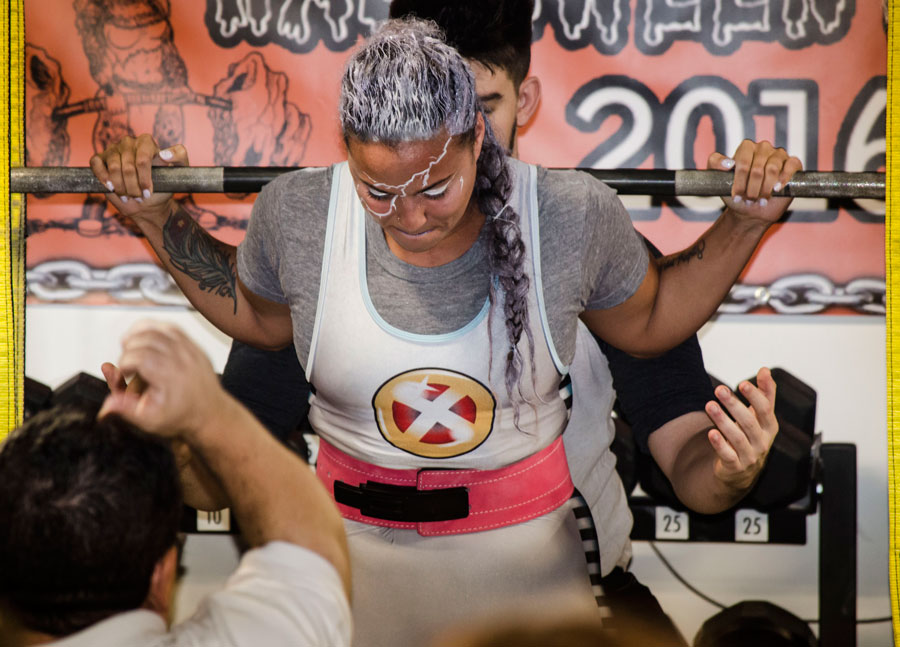 Women competed for Best Singlet while giving back to the community during the CPF Women's Halloween Pro/AM, October 29. PHOTO: Lara O'Keefe

The competitors were encouraged to get festive and dress up in Halloween costumes while fighting for the Best Singlet and best costume awards.

The event was a women’s only powerlifting competition organized by the Beaches own, Chanel Nolet who said she was inspired to do a women’s only meet after attending one in Cincinnati the year before. “[That] one just felt different,” she said. “Everybody was there for each other. It was just nice to see a whole room of women kicking butt and being wicked strong.”

Having moved from Ajax three years ago, Nolet understands the importance of being part of a community, especially in a city as big as Toronto.

“Toronto is a very dividing place and this is kind of a way to break that barrier. Especially if you can inject it with a lot of fun,” she said.