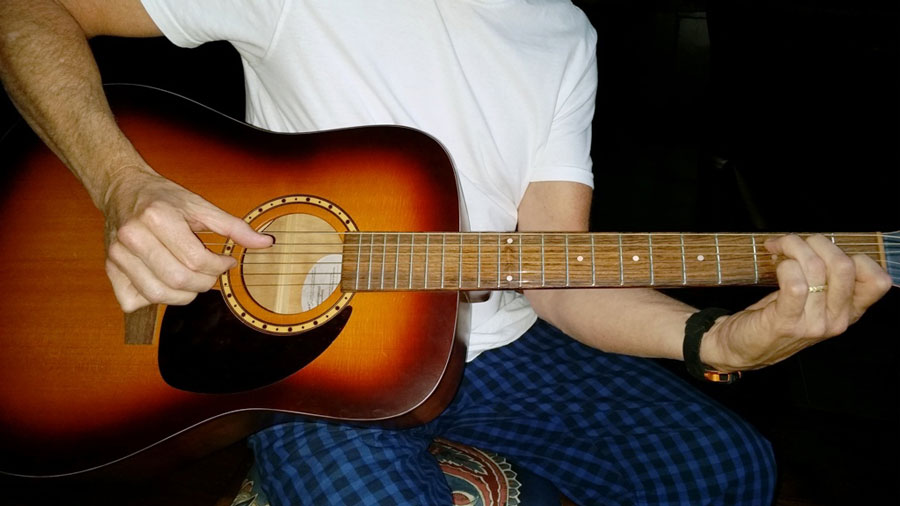 Dr. Luis Fornazzari thinks it could, and he’s looking for Beachers to help prove his theories correct.

A behavioral neurologist with St. Michael’s Hospital, Fornazzari is seeking participants for a ground-breaking study about the use of music in the treatment and prevention of Alzheimer’s disease and dementia.

A former Beach resident himself, Fornazzari said Beachers are perfect candidates for the study because “there are so many artists and musicians here.”

Fornazzari and his team at St. Michael’s Memory Disorder Clinic became interested in this line of study after noticing that patients who were artists and musicians retained their talent even after developing Alzheimer’s or dementia.

They theorize that the parts of the brain artist’s use to process art are more resistant to the effects of degenerative brain disorders. If that is the case, the team believes they can use this knowledge, along with music, to help combat the progression of Alzheimer’s and dementia.

Using non-invasive test methods, the team will be working with 20 participants – 10 musicians, and 10 non-musicians – to determine whether or not music increases the brain’s ability to protect and prevent the advancement of neurological disease. Participants will be on par in terms of age, education, and bilingualism because “we already know that bilingualism protects,” said Fornazzari.

Though the team hopes to make some significant new discoveries with their research, the concept of music therapy isn’t necessarily new.

Melissa Leggieri, a research assistant who works with Fornazzari, explains that “music has been used in long-term care facilities to help people with all types of dementias. It can have an incredible effect on mood and cognition.

“Art in general can be neuroprotective in a way that it can delay symptom onset of Alzheimer’s disease,” she said. “An artist’s brain can compensate for damage and the person can remain functional for longer.”

The benefits aren’t limited to Alzheimer’s and dementia. Research shows it can also benefit people who are living with Parkinson’s disease, have suffered a stroke, or have a brain injury.

Participants – musicians and non-musicians alike – will “try to learn some music.”

Later, they will be asked to remember the song while the team administers cognitive tests using a ‘functional MRI’, which measures brain activity and tracks changes in blood flow. This is the best way to find differences in the brain networks of musicians and non-musicians, he said.

“When you listen to music, certain areas of your brain are going to be illuminated. The musicians will use practically the whole brain, even when they are not paying attention,” he said. “The brain of the musician is totally illuminated compared to the non-musician, who is illuminated, but not in some sort of a … fire.”

Fornazzari believes the study will prove even non-musicians will reap the benefits of adding music into their lives.

“If elderly people start to learn music, they are going to really get the benefit of protection,” he said.

The hope is not only to aid and protect the current aging population but children as well.

Research has shown children who learn music at an early age are not only better protected against neurological diseases, but also perform better in school overall. Even if the child learns music, plays an instrument and then stops, Fornazzari says “the kids [still] do better in spatial memory, they do better in facial recognition. So they need to pay only short attention and they remember.”

An advocate for arts in the education system, Fornazzari believes art should be given more weight in the educational curriculum – and that by doing so, children will be protected now and in the future.

“The real open message is if art has such an important role in the healing process, [if it] enhances the cognitive capabilities of people, our kids should all know art better. Equal to mathematics, history, science, etc.,” he said. The purpose of incorporating art is “not only for the quality of life but particularly for the future in case of Alzheimer’s or traumatic brain injury, Parkinson’s, whatever.”

The team is hoping to start their research as soon as possible but for those looking to protect their brain in the meantime, Leggieri said the key “is to keep your brain active and continue to do what you love. It’s not just music playing that has an effect on delaying symptom onset of Alzheimer’s disease. Anything that keeps you active and happy can have an effect. If you play an instrument and you love to play, keep playing it. If you love to draw, keep drawing. If you love to exercise, keep exercising. An active brain will keep the Alzheimer’s away.”

It sounds like such a simple solution to an issue that has historically been viewed as a complex problem.

“This study will prove that there are easy, joyful ways to delay and prevent the disease as much as possible,” said Leggieri. “We need help from the community – musicians and non-musicians – to make our research possible.”

For more information or to inquire about the study, please contact Melissa Leggieri at 416-864-6060 ext.77342 or by email at leggierim@smh.ca.