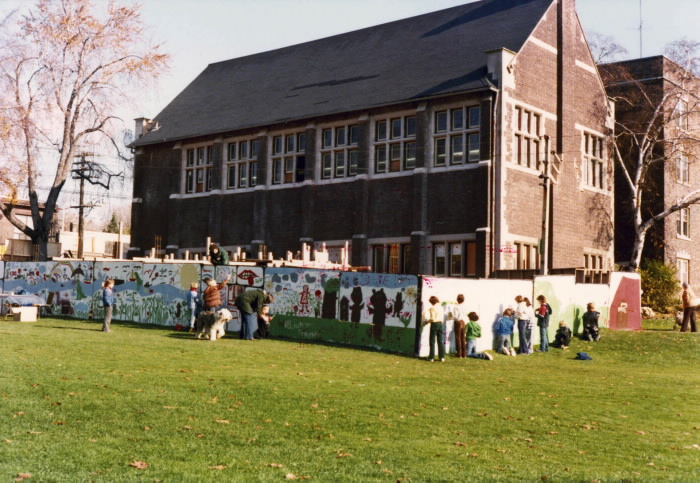 The Beaches Library Branch turns 100 this month and there are plenty of opportunities to take in this fascinating part of the neighbourhood’s history, with historical talks and open houses planned throughout the month.

Tonight, October 4 at 7 p.m. join historians Gene Domagala and Barbara Myrvold for a special library-themed meeting of the Beaches Historical Society. In 2006, Myrvold published an engrossing account of how the library came to be built — did you know that a group of neighbourhood residents protested the building of the library because they were worried about what it would mean for the parkland?

Tomorrow, October 5 the library presents a panel discussion on the wonderful world of short stories, “Art of the Short Story: Russel Wangersky and Laura Trunkey”, part of the Toronto Public Library’s The eh List series.

And on October 12 Phillip H. Carter, the architect of the 2004 renovation of Beaches Branch, presents an illustrated history of the library’s transition from the original Carnegie building of 1916 to the present modern version.

For now, enjoy these historic photographs of the library, via the Toronto Archives: The Beaches Public Library branch in 1916. William Kurelek, Canadian author and artist, displayed his art work and conducted a workshop at the branch in 1975. Residents paint a community mural outside of the Beaches Library Branch in 1979.

I well remember being marched down from Norway school in 1944 . The Librarian was a Mrs Stalk.
The library was equipped with solid oak tables . We listened to the war news which was presented by Lorne Greene on CJBC .

Would you happen to recall a time when the air raid sirens on the roof of 97 main street ( community centre 55 ) were tested in the1950’s ? I do.