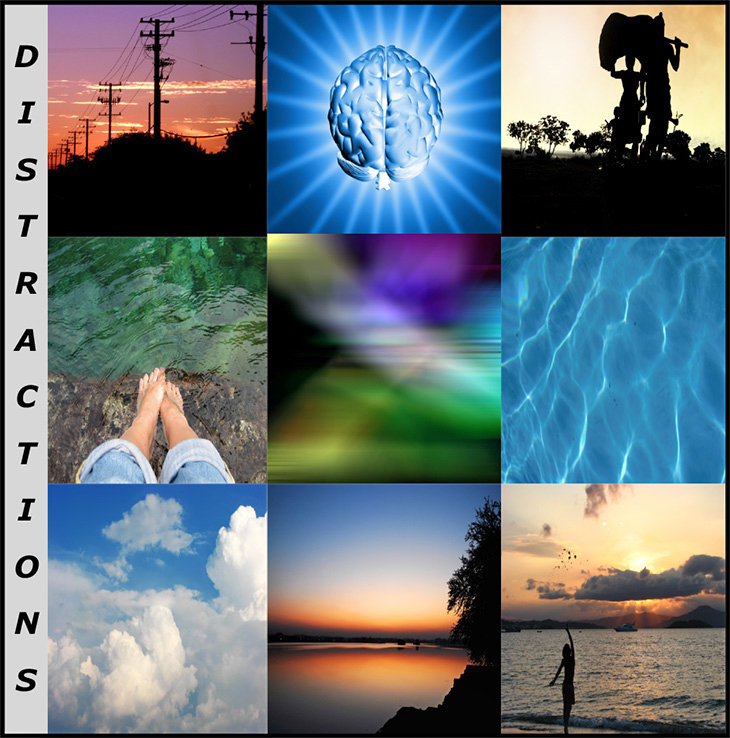 Karen Richards will release her newest album, Distractions, with a release party at Neighbourhood, 79 Hiawatha Rd., on Sunday, May 22.

Distractions features nine songs written by Richards, each with its own art taking up an equal section of the CD cover. The styles range from blues to jazz to a bit of spoken word.

All instruments on Distractions were played by Mark Sepic, who also provided recording and engineering services for the project.

Richards has been singing since she was a young girl in Texas, moving over the years through several choirs and musical combos in Vancouver, before making her way to Toronto more than three decades ago. She currently runs a business that includes sound therapy in long-term care facilities.

Richards will be joined by a full band for the release party, which runs from 12:30 to 2 p.m. on Sunday, May 22. Along with recording collaborator Sepic, other musicians who will back Richards include Susanne Maziarz, Balazs Farkas, Allison Kabayama, and Naomi Tyrrell.

Hope United Church is launching a monthly Jazz Vespers service, running on the fourth Saturday of the month, offering a second chance to take in a musical worship service each month (Beach United Church has run its Beach Jazz and Reflection series for a number of years in several locations on Queen Street East).

Brian Stevens, the current minister at Hope United, may be familiar to some as the piano half of the duo B2. Former Beach Metro News arts and entertainment writer Bill MacLean is the singer and second ‘B’ in B2, and they have performed in numerous spots in the area, including the Beach United jazz vespers series.

B2 will perform at the second instalment on Saturday, May 28 from 4:30 to 5:15 p.m. at Hope United Church, 2550 Danforth Ave. at the corner of Main Street. The theme is ‘What a Wonderful World.’ There is no cost, but a freewill offering will be collected.

Jazzy Sundays continue at Morgans on the Danforth, 1282 Danforth Ave. near the Greenwood subway station. The matinee shows run from 2 to 5 p.m. with no cover. Yvette Tollar and David Restivo will perform on Sunday, May 22, followed on Sunday, May 29 by Lisa Particelli’s ‘Girls Night Out’ jazz jam featuring Mark Kieswetter.

Grinder on Main’s Acoustic Afternoons series will see Beth Moore perform on Sunday, May 22. The show starts at 2 p.m., and admission is pay-what-you-can. Grinder is at 126 Main St., just south of Gerrard Street East.

Drummer Greg Pilo’s weekly jazz nights run from 7 to 10 p.m. at Salty Dog, 1980 Queen St. E. There is no cover. Tonight, Tuesday, May 17, Pilo will be joined by Bobby Brough on saxophone, Dave Restivo on piano, and Artie Roth on bass. On Tuesday, May 24, New York City’s saxophonist John Tank will play alongside Pilo, Dave Young on bass, and Bernie Senensky on piano.