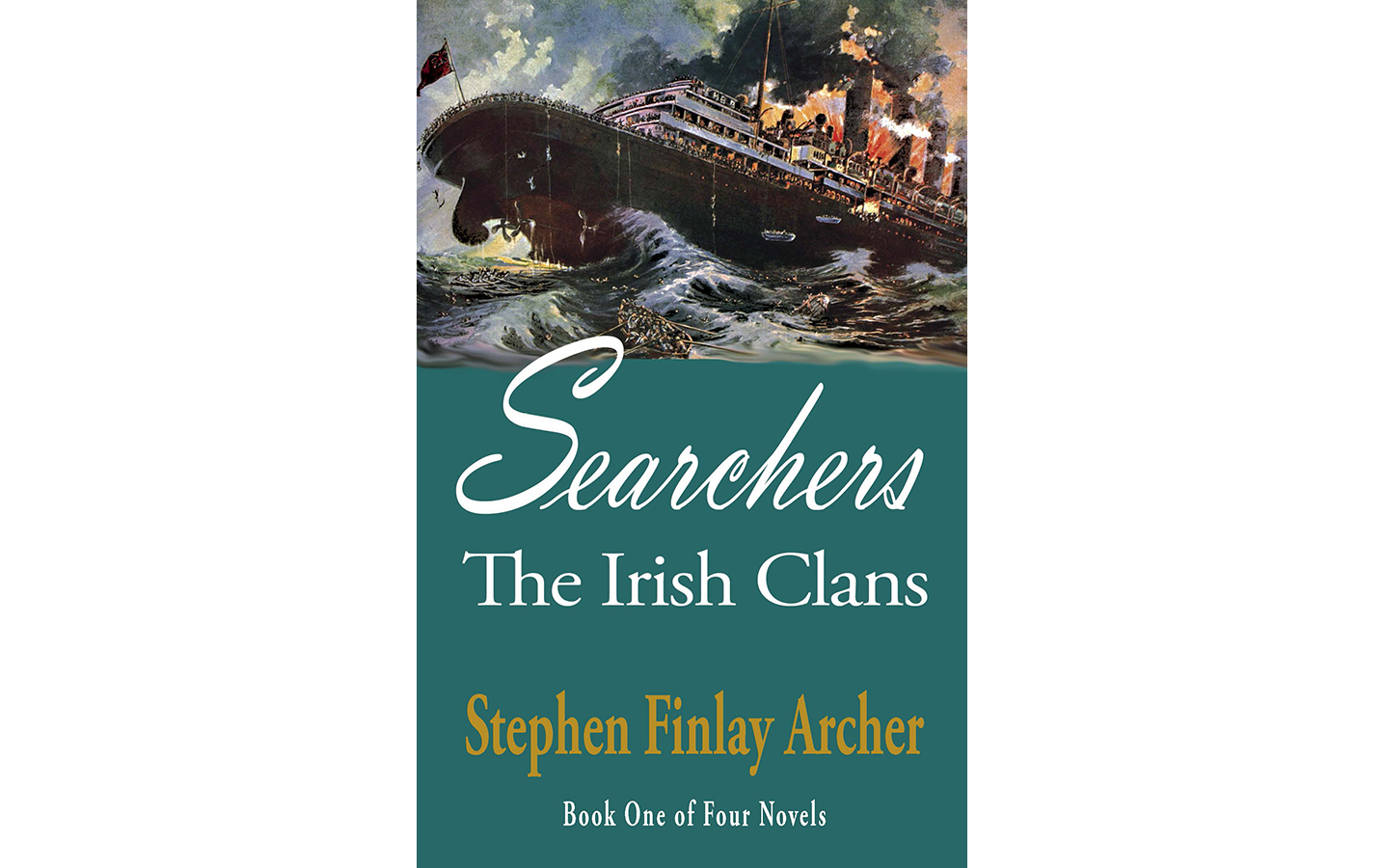 Stephen Archer is returning to his childhood home to launch the first of four novels that fully embrace and celebrate his family’s roots in Ireland and Canada.

Archer will host a launch event at St. Aidan’s Church Hall at 7 p.m. on Tuesday, April 19 for his novel Searchers, the first of a planned quartet of historical fiction works called The Irish Clans.

The books follow the story of the O’Donnell and McCarthy families in both Canada and Ireland, during the Irish Revolution, ending in the Easter Rising that marked the start of the Irish revolutionary period, just over 100 years ago.

Three main characters, linked by a tragedy at sea, propel the story. Young Irish woman Claire survives the sinking of the Lusitania, but suffers amnesia and is near death. Irish rebel sea captain Tadgh McCarthy is forced to make a life or death choice when confronted by a calamity at sea. And young Canadian Collin O’Donnell, whose parents were murdered and whose sister has disappeared, must make his own choice, one that may cost him the love of his life.

Searchers will be followed by Rising in the fall, then Revolution next spring, and finally Revelation in the fall of 2017.

Archer spent 20 years growing up on Pine Glen Road before moving for work in California, where he now lives. His memories of the Beach and Toronto inform the settings of a large part of Searchers, though it is set in an earlier era in the neighbourhood.

Archer’s grandfather, Samuel Finlay, came to Canada from Ireland in 1909 and lived the remainder of his life at 10 Balsam Ave. The artist and art teacher’s work includes a stained glass window at St. Aidan’s.

So it only made sense to connect his Irish and Canadian heritage in the book, and to return to his childhood home to launch it.

Searchers is available online, or from the author at the launch on April 19.