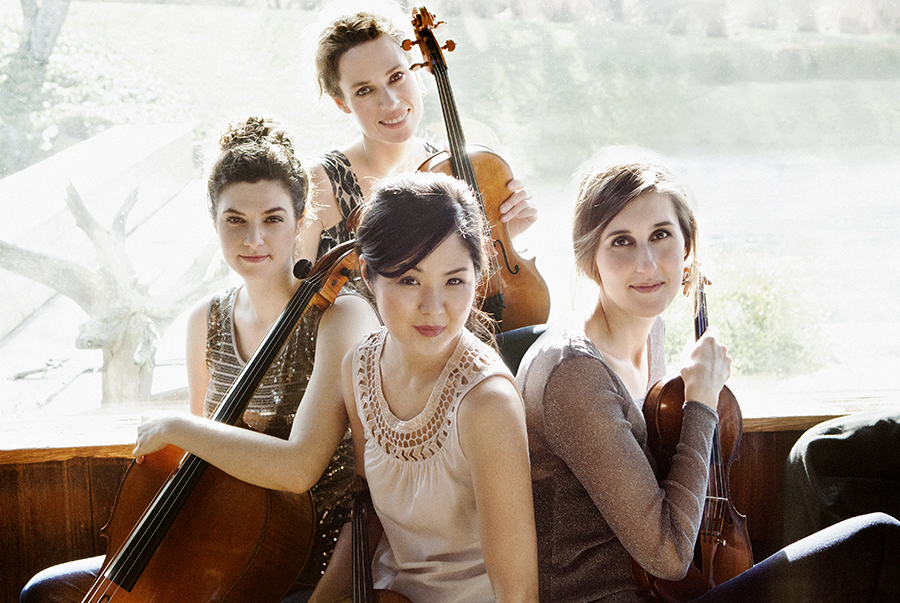 Birchcliff Bluffs United Church presents I Danced In the Morning – Reflections on the Easter Journey on Saturday, April 9 at 7:30 p.m.

The show is inspired by the lyrics of Lord of the Dance, and combines a “spirit of dance” original painting, vocal and instrumental music, and narrative into a celebration of the arts. The show explores events in Jesus’ life from his perspective and from the view of those who were around him.

After a hugely positive response to nine art banners in the 2015 show, artists Jessie Gordon and Michelle Threndyle have created a large-scale painting that will be assembled as the story progresses. A piece of the artwork will be made available to the audience for a $10 donation at the end of the presentation.

Admission is by donation ($10 for adults and $2 for children suggested). Refreshments will be served after the show. Funds raised will support the Churches By the Bluffs Community Services Food Bank and other fund-raising efforts of the church. Birchcliff Bluffs United Church is at 33 East Rd., near Warden Avenue and Kingston Road.

The only all-female concert series in the Beach, 1, 2, 3 Ladies, is back for one last night at The Feathers Pub, 962 Kingston Rd., on Saturday, April 9.

Two talented Beach residents will take part in the show. Neighbourhood favourite alt-rocker Civil Wray, who some might recognize under her previous moniker blueVenus from a residency at Castro’s, will perform. Artist, actor and musician Melanie Peterson will play songs from her sophomore album Anywhere But Here, released in March. Also on the bill is Annie Bonsignore.

Since its inception in 2013, the series has showcased three talented women in six evenings of music and fun. This will be the last show in the series for the time being, at least until organizers can find a new venue, so make sure to get out and support local talent. There is no cover charge and the show starts at 9 p.m.

As part of the Toronto Public Library’s commemoration of the 400th anniversary of William Shakespeare’s death, the Beaches branch will host a musical performance.

The Toronto Beach Chorale will sing a program of Elizabethan madrigals in period costume at the library on Thursday, April 14.

Madrigals are secular songs from the Renaissance and early Baroque Eras sung without musical accompaniment, expressing the emotions from celebrated poems.

Shakespeare lovers may have heard chorale members at past performances of Bard in the Park’s Kew Gardens Shakespeare performances. The show runs from 7 to 8 p.m., and there is no cost to attend. The Beaches branch is at 2161 Queen St. E., just west of Lee Avenue.

The final instalment of the season for the Kingston Road Village Concert Series will see the Cecilia String Quartet perform at the church at 1:30 p.m. on Sunday, April 17.

The quartet is the ensemble-in-residence at the University of Toronto’s faculty of music, and has performed to wide acclaim in Canada and Europe. They have won numerous prizes for their performances, and have released several well-reviewed recordings.

Tickets are $20 for adults, $10 for students and free for children 12 and under. The church is at 975 Kingston Rd. Get advance tickets online.

The Spirit of Love will feature Battenberg’s newest acoustic guitar compositions. He has released several CDs of acoustic guitar work, as well as playing bass with Gone Fission, a jazz fusion band that has performed at the Beaches International Jazz Festival regularly.

This concert is intended to celebrate the arrival of spring while helping others. “Experience this performance of eclectic, mystical music and verse and take a journey into a realm of dreams and enchanted soundscapes,” he wrote in the concert announcement.

Admission is by donation of non-perishable food items for the Daily Bread Food Bank. Kingston Road United Church is at 975 Kingston Rd.

Greg Pilo’s weekly live jazz sessions happen Tuesday nights at the Salty Dog Bar and Grill, 1980 Queen St. E., from 7 to 10 p.m. Every week the jazz drummer organizes a new quartet. There is no cover charge.

Jazzy Sundays continue at Morgans on the Danforth, 1282 Danforth Ave. near the Greenwood subway station. Performances run from 2 to 5 p.m., with no cover charge.