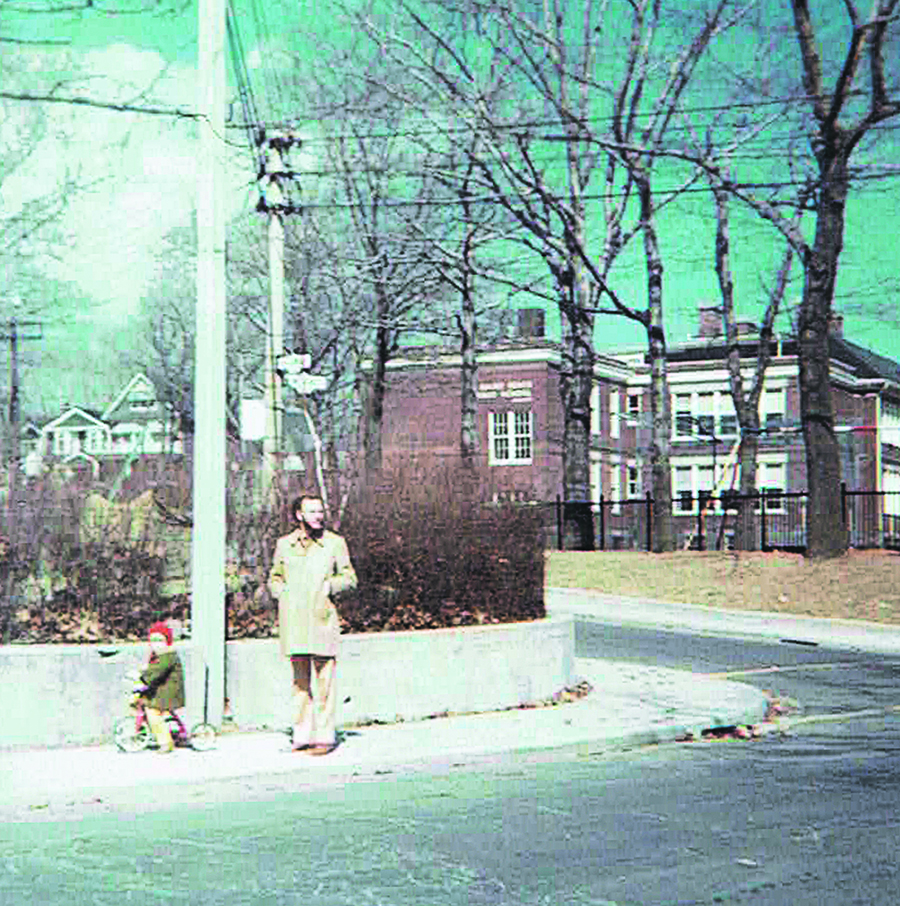 First, an apology to Marja and Blandford Gates, who provided the photo in the April 5 issue.

As several eagle-eyed readers pointed out, the archival photo in the last Deja Views was in fact of the corner of Balsam and Pine, not of Beech and Pine.

Thanks to our avid readers who pointed out the slip-up. Here’s the correct image: We’ve left the original post below, for your intrigue.

Soon after the Gates family came to the Beach in 1970, Marja took this photograph of her husband Blandford and daughter Nina at the corner of Beech and Pine.

In the background is the original Balmy Beach School. In the years soon after this photo was taken, the building was razed and replaced with the Balmy Beach Community School. The opening was held on June 10, 1976. Special thanks to Marja and Blandford Gates for providing this great photo. Great pics that bring back fond memories. Although I believe the labels are wrong. Looks like the first pic is the NW corner of Balsam and Pine and the second one is the SE corner of Beech and Pine. Either that or there were some serious grade issues that got resolved on Pine St!

Yes well the view is now right but the labelling is wrong. In the original photo the two individuals are located directly in front of the white house “Pine Crest” located at 94 Pine Crescent, as you cross Balsam heading east the street name changes to Pine. I used to live at Pine Crest (’72-’79), and that toddler on the trike could have easily been me.