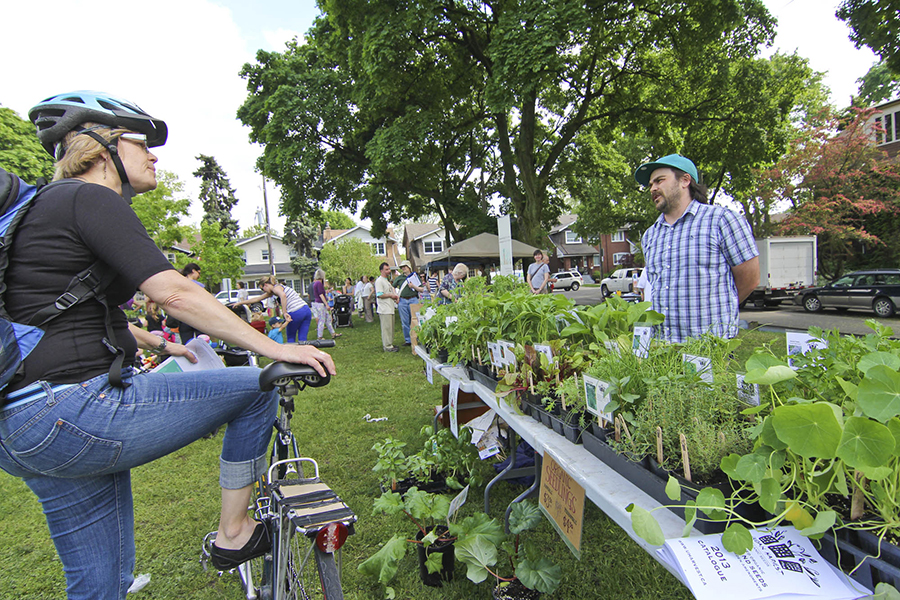 At several points during the winter, organizers of the Fairmount Park Farmers’ Market were not sure if the market would be a go this year.

That’s because the growing outfit needed more volunteers but was not hearing much back when it put out the call. Adding to the worries are planned upgrades to the park beginning in September. The market will likely lose their traditional location for four weeks, and the team was not sure what that would mean for their vendors.

But as spring crept closer, volunteers and solutions began coming forward, meaning the Wednesday market will not only be back this year, but will have new things in store.

“Last month we had some people come forward, which is amazing. So we have a really strong steering committee right now, good group of volunteers,” said Kim Antonius, who founded the market in 2013. “Once we sat down with the steering committee, we realized that that the park was going through state of good repairs and it was going to mean losing four weeks of the season, so we had to step back and figure out if that was going to work.”

Those last four weeks of the season are when the bumper crops come in and the team did not necessarily want to lose a month of the market, so they brainstormed. The solution? A pop-up market for the month in a new location.

“We haven’t decided how we’re going to manage selecting a spot yet,” said Antonius. “We were thinking about maybe doing a little competition to see which community might receive the market. We’ve managed to turn it into hopefully a good thing.”

Some of the general areas the market is talking about are a different location in Beach Hill, “along upper Gerrard and in collaboration with any of the businesses up there,” said Antonius.

“We’re also interested in east of Woodbine, looking at some park locations along that route, and we’ll also be looking at some indoor spots. Community centres that have available community space or churches might be an option.”

Market organizers want to focus on the east side of the Beach because there isn’t a market in that direction.

The last two Wednesdays in May will see a ‘Spring Garden Shop in the Park’ – a chance for home gardeners to pick up seedlings and other gardening supplies, as well as learn through demonstrations from vendors. And before that a spring mixer is in the works to introduce and mingle with the community.

“It’s a nice way to kick off the gardening season and get excited for farmers’ market season,” Antonius said.

Antonius said the group is currently in the midst of vendor applications and selection, but that there will be three new prepared food vendors this year.

“One of our mission statements for our market is to support start-up farms and producers. It’s a unique feature of our farmers’ market compared to others,” she said. “We’ll have three spots open for prepared food vendors. It’s hard for new vendors to find spots in farmers’ markets in the city, it’s a real challenge. We had a few prepared food vendors who started out with us, we were their very first farmers’ market, and now they have successful businesses and have moved on and we’re going to open up spots to new prepared people, as well as farms.”

She said the group is always looking for volunteers as well as musicians to play at the market – “We’ve got a full set up,” she said.

What about moncurr park. Would be a lovely location and still in the hood.