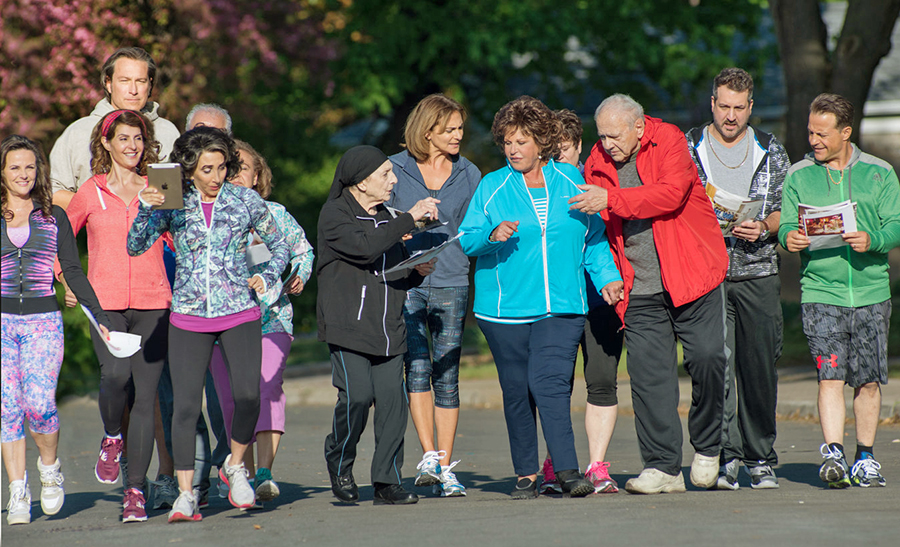 The Portokalos family reunites for another big wedding. ‘My Big Fat Greek Wedding 2’ hits theatres on March 25, after filming in Toronto.

What is your favourite romantic comedy? If you’re Clueless about What Women Want, try a Roman Holiday. If you’re a Sleepless Trainwreck, have whatever Meg Ryan was having When Harry Met Sally.

The ‘rom-com’ genre may have lost its popularity lately, but many of us are still Moonstruck romantics who fall for a funny love story which captures our hearts with a happily-ever-after ending.

Producers Rita Wilson and Tom Hanks are hoping My Big Fat Greek Wedding 2 will create a big Splash when it opens this Friday, March 25. The original started out as a little indie film and became the most successful romantic comedy of all time with a worldwide box office of $368 million. It is also the most popular movie ever made in Toronto.

Though set in Chicago, Nia Vardalos based the story on her life growing up in the Greek community of Winnipeg. After Rita Wilson saw Nia’s one-woman show she helped turn a play into the sleeper hit movie of 2002 and Vardalos was nominated for an Academy Award for Best Original Screenplay.

The whole Portokalos clan is back for the sequel, where a family secret is revealed and leads to an even bigger wedding with more laughs, drama and Windex.

With her usual sense of humour Vardalos tweeted, “A few jaded press corps will claim I ran out of money and just want to kiss John Corbett again. One of these things is true.”

When asked why she waited so long for the sequel, Vardalos explained that the timing is right: “I try to pull from my real life. I know now what it’s like to be a mom. I could write about all the angst of wanting to keep my daughter close.”

She’s also pleased to say, “Since the first movie came out, what surprises me is how everyone sees their family in this family.”

If you wondered why there were Chicago police cars near the Danforth last May, that was filming for My Big, Fat Greek Wedding 2. Greektown on the Danforth is once again a prominent location. Watch for Serano Bakery on Pape Avenue and Toula’s fictional Mount Olympus Travel Agency at 439 Danforth Ave. across from Pappas Grill and beside Louis Meat Market. Other film locations are Crema Coffee Co., St. George’s Greek Orthodox Church on Bond Street and Danforth Church.

If you want to recreate the whole MBFGW experience, you could get married at Holy Trinity Russian Orthodox Church near University of Toronto (the exterior in both movies). The interior of the first film was St. Nicholas Ukrainian Church.

Alas, you couldn’t hold your reception at Ellas on Pape near Danforth. Sorry, the restaurant is now closed, but you can check out the romantic little bridge at Harbourfont, Ryerson, the Elephant & Castle on King St W., Jarvis C.I. and the Enoch Turner Schoolhouse.

One of the most distinctive landmarks in both films is the overly Greek-style home on Glenwood Crescent overlooking Taylor Creek Park near Woodbine Avenue. Set designers once again transformed the home into an over-the-top homage to Greece. The film crew were instructed to take everything Greek and “turn it up to 11.”

Back in 2001 one neighbour quipped, “What, wasn’t it Greek enough before?”

The entire cast visited the home together after the first script rehearsal. Vardalos joked, “The family is back and we’re taking over the street again as usual.”

The East York home was even the subject of a New York Times photo essay on the makeover.  The house with its Ionic columns is also featured in the recent book World Film Locations Toronto, edited by Tom Ue. A short essay on the Garden Gate Restaurant on Queen Street East is in the same book, but I’ll save the Goof for another time.

Opa! Who has the Windex?